I hope I’m not posting in the wrong place ^^.

TL;DR: Is there a way to make freestyle stop drawing lines over grease pencil objects ?
If not, are there equivalent solutions as “freestyle” to render sketchy lineart?

And that’s about it. I have to admit, I’m running short of ideas. So, if you have any idea, I would be very glad to hear it.

Attempt in progress:
2. A compositing setup? (Although, I’m pretty sure it is mechanicaly impossible this way)

Hi, I decided to try some stuff in the compositor, and I found a simple solution for this. Try creating another view layer that just has your grease pencil objects and combine them with the z combine node in the compositor: 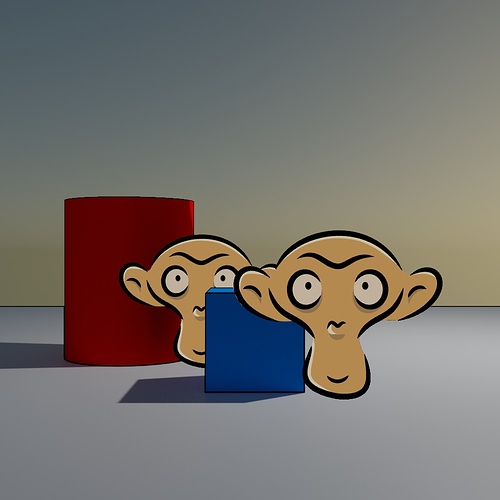 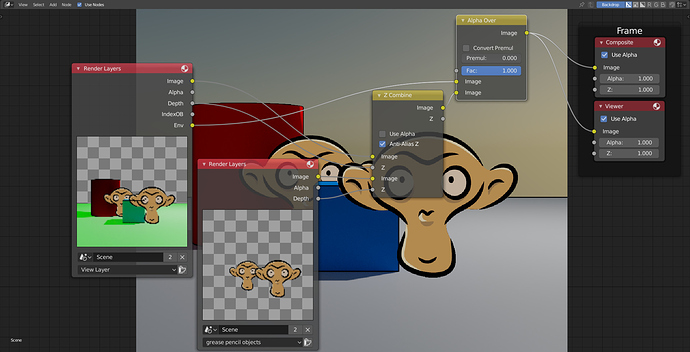 I had to render the scene with a transparent background then composite it back in using the environment pass because I got some of the background color around the edges of the grease pencil objects when the background was opaque: 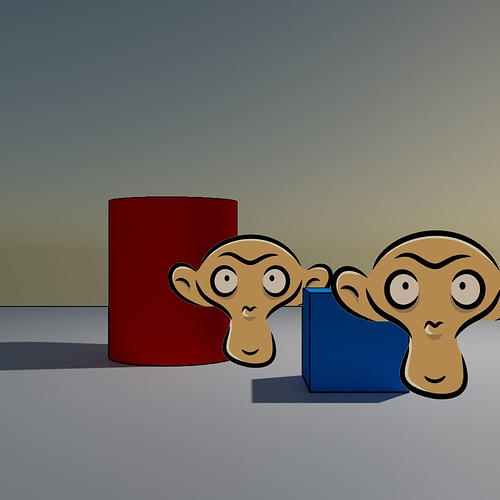 I would add, it’s even working with Eevee. To do that, since there’s no environment pass yet in eevee, instead of linking “Env” to “image”, link “image” (from the render layer of the “freestyled” scenery) to “image” from the “alpha over” node. No artifacts, no line over the grease pencil. Thank you @zanzio!

Bro, that is sooooo easy! Thank you!

OMG Thanksss you are GOD <3