Hi all,
it’s a personal project made in last few days. I was inspired by interior design made by another architect. I wanted to focus here on improving my lightning skills.
Modeled in Blender 2.76,1, rendered in Cycles. Minor postpro in PS CS6.
Each render was set to 2500 samples. Rendering on CPU and GTX 980 Ti (funy thing is that GTX 980 Ti isn’t as speed as I wish it to be but this is another topic :-))
I’m still using older version of Blender with buildby lucasstockner97 with white value controler - I love it!
Scene is lit by sky texture, area portals in windows and a bunch of area lights and spot lights in interior.
Credits:
Some great models from Chocofur.com: sofa, books, flowers1, flowers2, flowers3, flowers4, bike, bag
My favorite Lego Batman from Blendswap by FullyCroisened
Tea set from Blendswap by Jay-Artist
Big plants and some books by Blender Guru
And pictures in frames are from series “Veronica’s night” by Clarissa Corradin
Everything else modeled by me.
I suggest to open pictures in new window ( I don’t know why but puting pictures in thread makes them oddly sharp)
paulina. 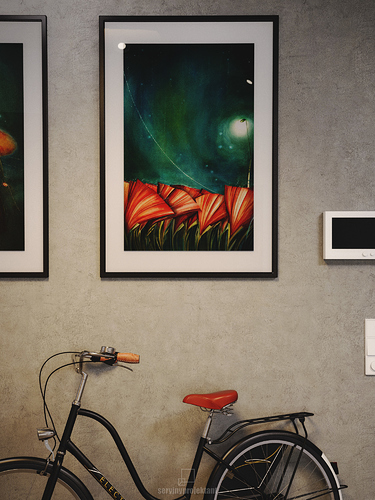 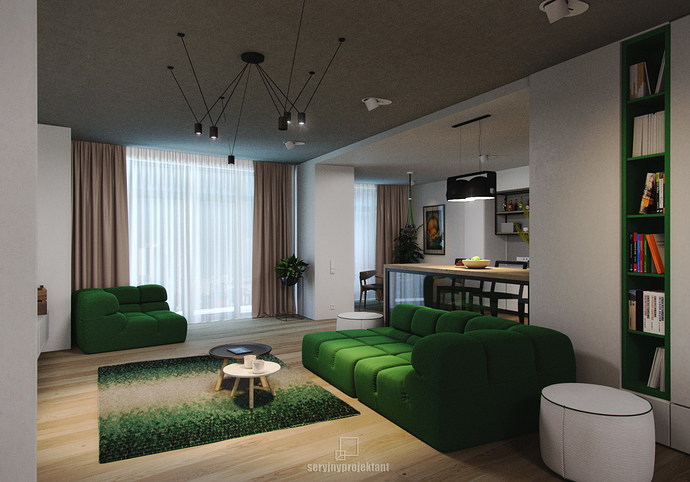 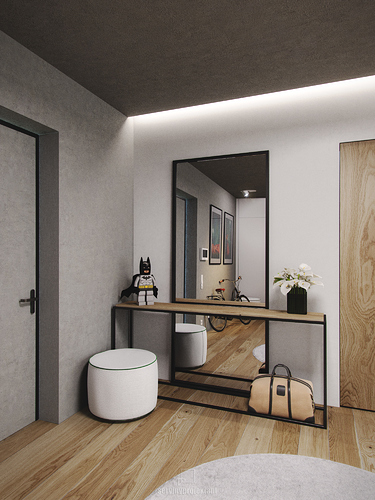 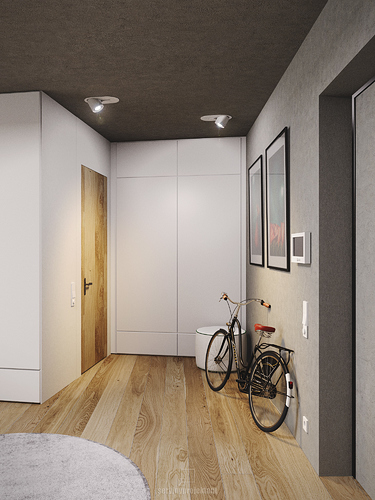 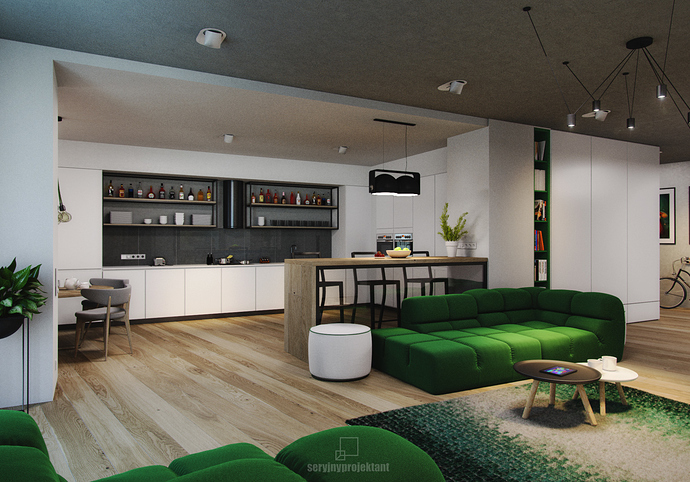 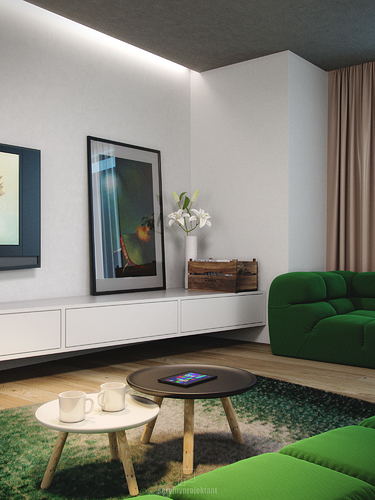 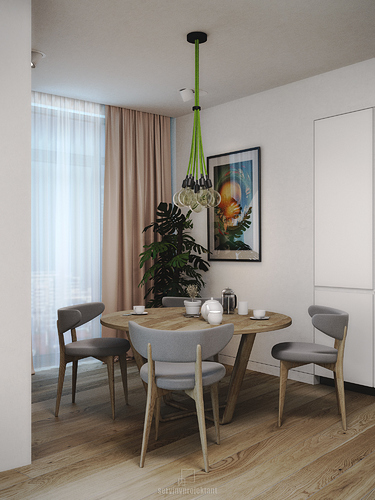 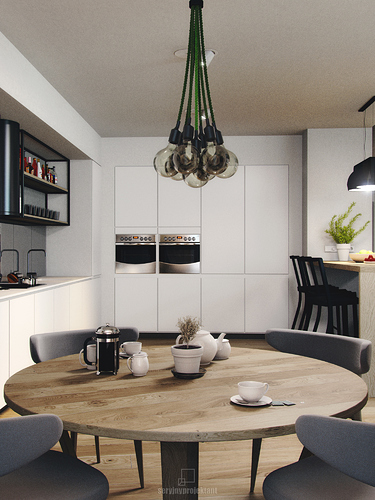 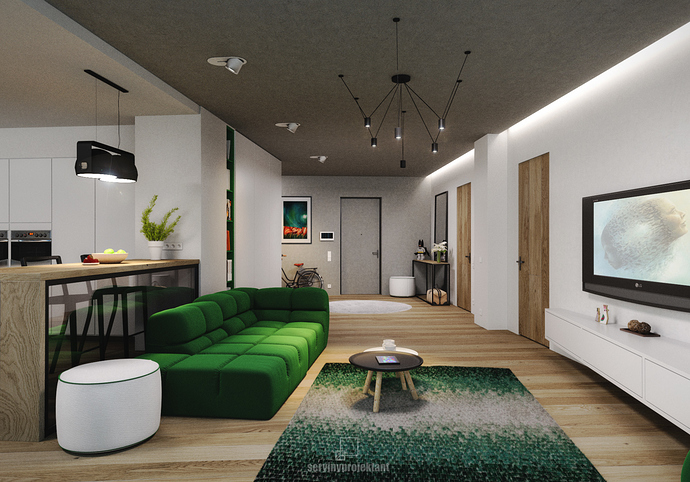 great renders paulina, my favorite shoots are the kitchen, living room, the curtains, and the entrance where you focus the bike.
That shots for me are really great

I like it. Nice design. The only thing I have noticed, is that spec on the walls and ceilling could have been stronger as well as some bump, may be… just to give it more pronounced texture. Right now they look a bit too diffuse and too flat.

*Margenta - thanks, I agree with you on the ceiling and wall materials, although its a conscious decision. I had to compromise between big noise and texture spec (the more glossy texture the much more noisy picture I’ve got). So I went in diffuse look for ceiling and walls.

And some close ups 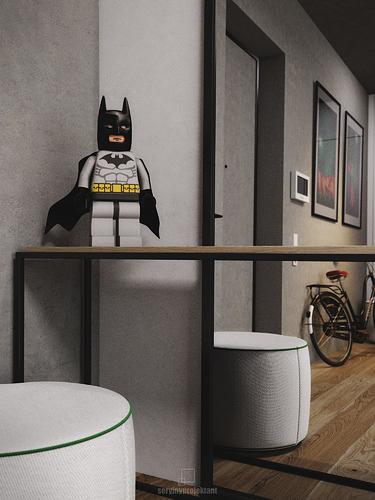 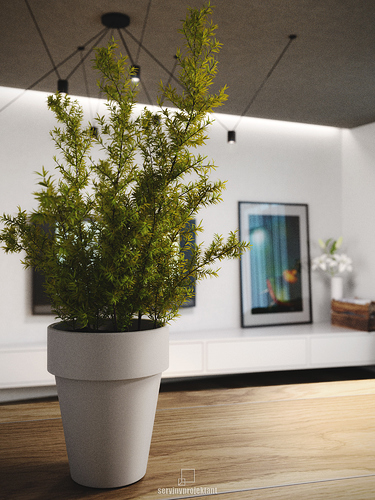 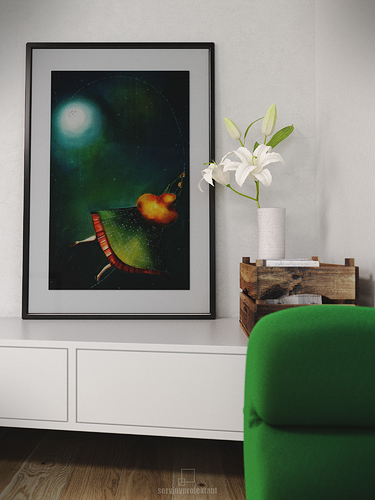