been working on a new ogre Character. So far i’ve finished texturing most of him. now i just need to finish up some od the details and add a rig/ shape keys for the face. Still now sure what to use him for/ what i want the final render to look like. mostly its just been an exercise for me to see if i could make a fully fledged character. 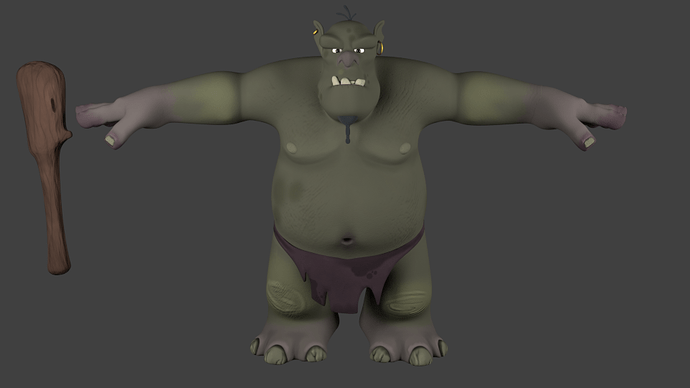 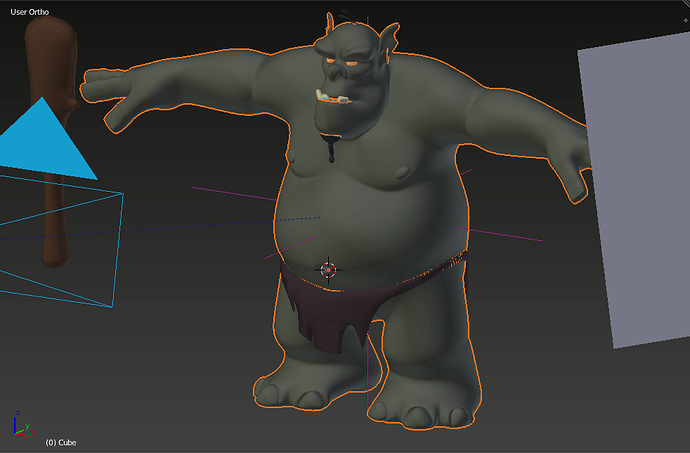 That looks really awesome. Could we get some wires?

Funny character … only the club could be bigger 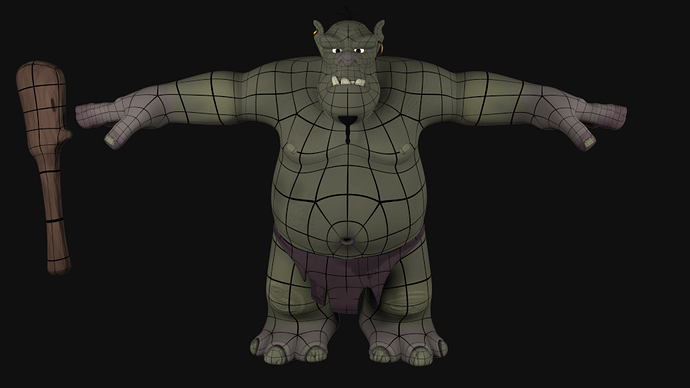 Heres a quick update. Added a basic rig and stand thingy. still lots of places where the mesh is not deforming right. still have to work that out with the weight paint. 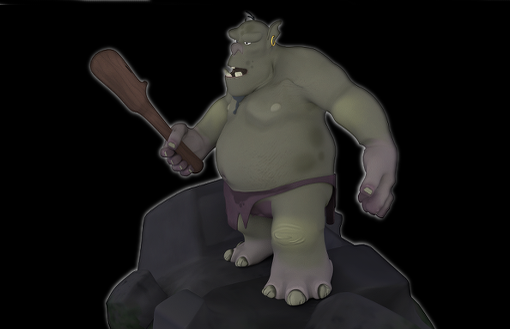 Cool character mate! Your lighting needs improvement though… it looks just like a overall light. Try to use the lighting to add some more interest to your scene. Shadows - Highlights.
A spec man and skin pores on the bump map will help too - Even though I see you are going for a cartoon look, if you make a real cartoon it always look awesome.
Check this out: http://www.aceshowbiz.com/images/still/the-croods-pstr04.jpg
Also, try to give a personality. Who is he? Whats he doing? He looks like he is waking up from his cave cause someone disturbed his sleep. But he is not a bear - hes a orc. Orcs fight!
Awesome work anyway! Keep it up!

Awesome character, i really like these cartoon-ish type of characters.
I whould make the bat bigger and maybe add some scratches over it.

I’ve finally decided on a use for the Ogre. I drew up a quick sketch for a still i want to use him in. My scanner is currently not really playing nice so I’ll have to upload the concepts later. for now heres so work on one of the other characters in the scene. 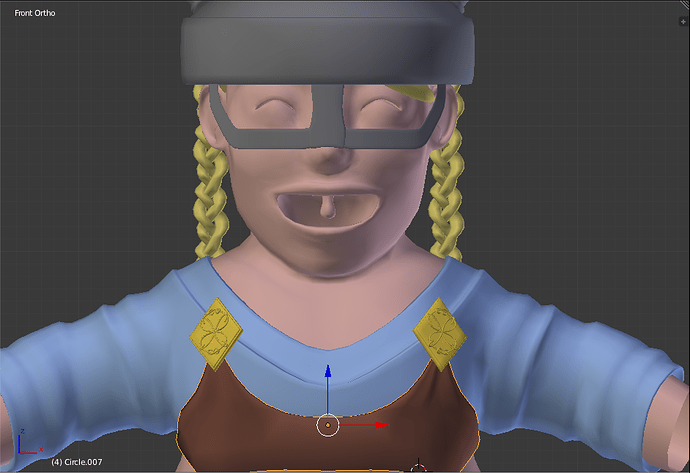 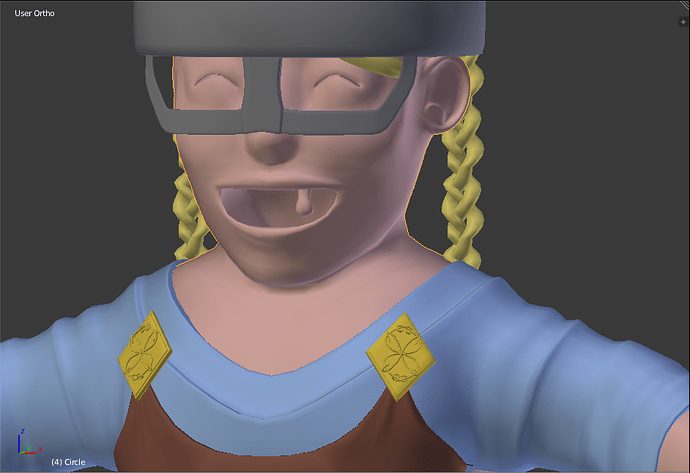 She’s a viking girl thats going to be accompanied by 2 friends in the final render. thats the plan at least. I also scaled up Grunty’s club and have been working a little on the weight painting. 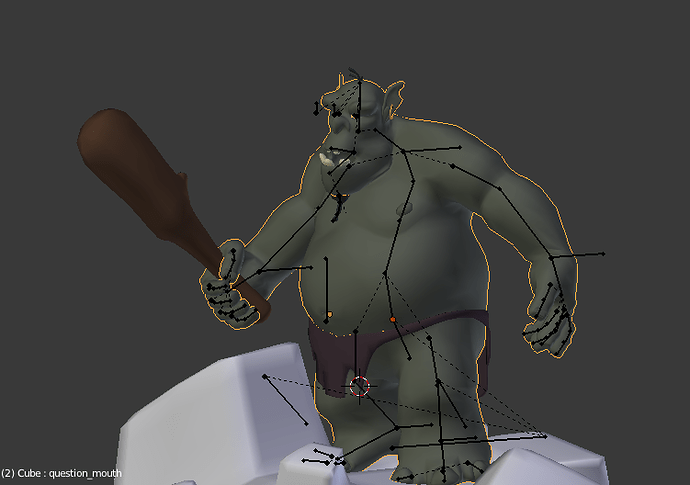 thanks for all the advice guys.