Hey guys, I’m starting this thread so we users can freely post some ideas about what would be nice for a student project (lets try not to be too ambitious). Nothing official, just some thread that devs and students can read to get some ideas.

I personally would really like to see these not so big things, really needed from a production perspective:

These could be two separate projects, but maybe a student can try to get both.

I hope we can share some useful, realistic ideas for devs and students. Make sure to put some “+1” to the ideas you find more important.

Multires isn’t really “fixable” according to Brecht some time ago. It would need a whole rewrite to get things up to an acceptable level, which is (should be) beyond the scope of a GSoC, especially with Ton considering a more realistic group of projects this year. Vector displacements could probably be done though. Maybe Thomas would take a look at support for Cycles rendering/baking. The modifier can technically already handle vector displacements when set to RGB -> XYZ, although some work here wouldn’t be a bad thing.

Blender on Android? Man, I wish people would let this die. Devs have enough trouble without having to make sure everything works on ARM as well as x86, even if we completely ignore how impossible it would be to use an app as complex as Blender on a mobile device without a massive UI/UX overhaul. Regardless, this is far out of the scope of a GSoC project.

My bet is on Thomas doing more Cycles features (he’s said he doesn’t want to do pure performance stuff again this year), someone will likely tackle some gaps in Blender’s modeling tools, mayyyybe Brita will do some more BGE work, and aside from that a few more little things. I think people expecting big projects out of GSoC this year are going to be disappointed. Ton and the others feel like they’ve been burned accepting large projects over the past few years, and at the same time Gooseberry is going on, meaning that time and people available to mentor students will be minimal. Speculation is fun and all, but definitely keep these things in mind.

I just want to have some of the features from 2.4x series than hasn’t been translated to the newest versions yet, like:

Just need to extend our OIIO to handle .tx.

Just need to extend our OIIO to handle .tx.

Cycles can already read them, it just blindly loads all tiles on the highest level. IIRC the part we’re missing is the functionality to figure out what mipmap levels/tiles we need, and only load those. Technically, we could do without the ability to flush tiles/mip levels that haven’t been used in awhile (like Arnold does), at least for the first version.

Maybe a new net render… how hard would it be to include their Brender test stuff in blender?

I just want everything to work quicker its hard to mess with 2,000,000+ tris if I could actually push my computer with blender it would be amazing

Blender’s radiosity implementation back in the day was also hard to use and even harder to get good results from (not to mention it wrecked your meshes).

A good illumination-cache type smoothing solution for Cycles (especially if there’s a solution that doesn’t include a pre-process wait time) would work far better.

Blender’s radiosity implementation back in the day was also hard to use and even harder to get good results from (not to mention it wrecked your meshes).

A good illumination-cache type smoothing solution for Cycles (especially if there’s a solution that doesn’t include a pre-process wait time) would work far better.

We need someone who will motivate them so they will show their coders face, just like this http://youtu.be/O6vHOR8lzTg

and change the appearance render time

I’ve only got one in my mind so far that fits the scope of GSOC and should be relatively small:

My proposals:
With Alt + B in paint or sculpt mode you can create a area selection to paint but now only square, it would be nice to expand to crop selection like Alt + C but for the view…to paint only on an custom area 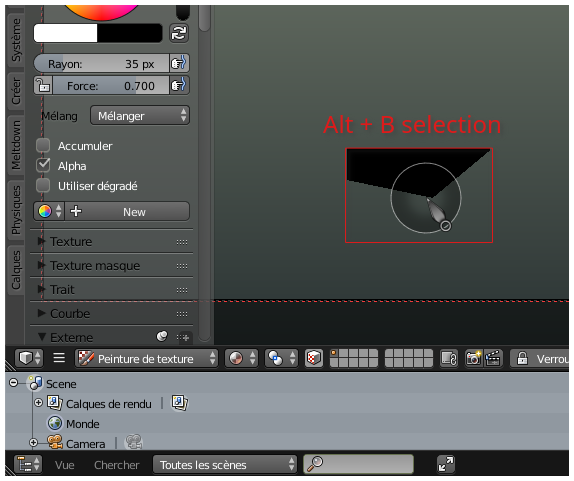 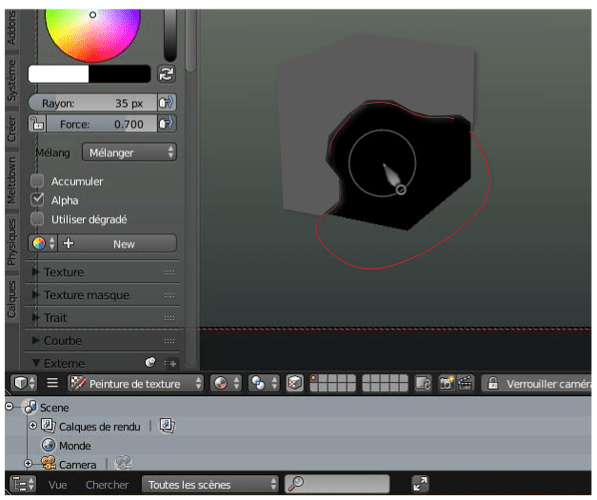 Turn on experimental feature set and you get SSS for GPU

Box Selection, Circle Selection, ability to have a selection of pixels and duplicate and move, then shift+R to repeat the duplication and movement.

Again,
graft modifier - allows one to replace a part of a mesh with a graft. For example, i could take a character’s ears and replace them with rabbit ears and have them stitched so seamlessly that even when subsurfed, no gaps would be visible

improved mesh deform modifier - the difference being that it doesn’t need to be covered by the cage mesh. for example, if a character has a “breathe” shape key being applied steadily in an animation, the clothes should dynamically update according to the character’s geometry even without them being enveloped by the character mesh.

Some more uv mapping tools would be handy!