First shot of a pilot, for a serie of sketces that I’m developing called Gugi and Arnold. 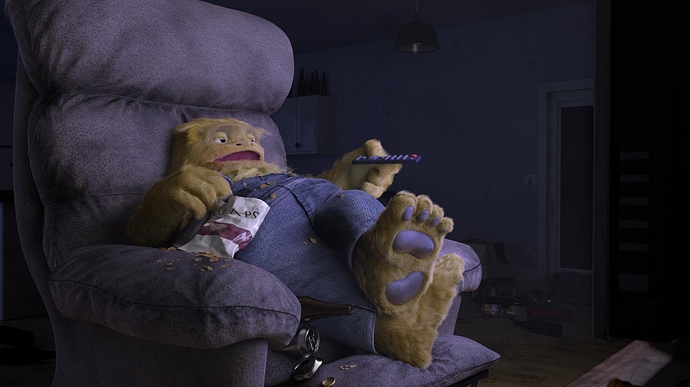 everything is done in blender. for some of the shaders I used CMV (with a lot of modifications)
and some of the props trashed in the background I borrowed from blendswap.

This is awesome. Love it. Super. Hi bigbad, thanks for the feedback! you are right it looked a bit flat. I’ve updated the video in the Initial post, I played a bit more with the comp and added a bit more light and contrast only on the character’s face, hands, and a bit in the legs. I didn’t want to add too much because then I would get some burned spots (and anyway the TV light is not suppose to be so strong and dramatic)
Thanks again