Guidance for putting a light inside of a lamp (cycles)? 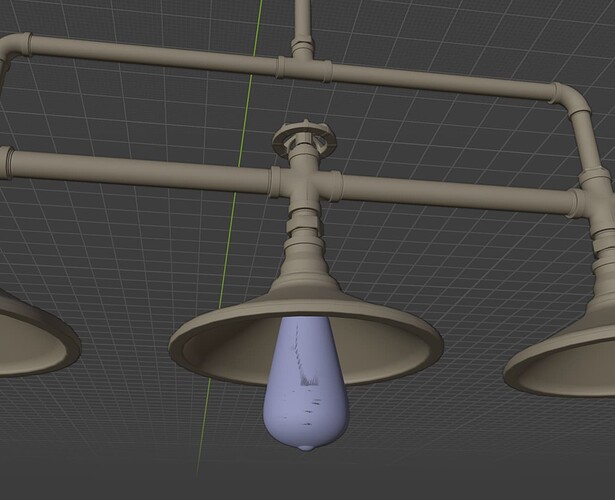 I tend to use emission mesh for camera rays and somewhat oversized point light for everything else.

Can I see an example render?

studying the subject from there
i 'm not satisfied for the moment with the result… but it could be the right way…
cycle_light_bulb.zip (1.7 MB)

there is an equirectangular world texture not included in the file but i’m sure that you ll be able to put your own instead.
i think that it needs a comp pass to make it glow further more.
i’m more in eevee rather than in cycle. but i hope this ll help. 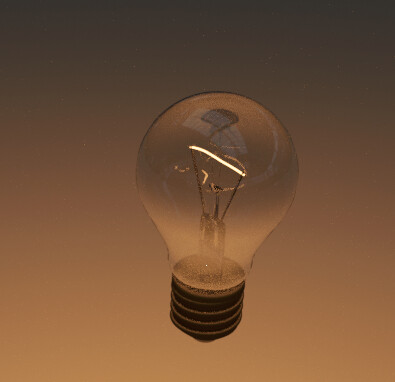 Thanks. But I’m not really intersted in closups of the filaments. I won’t be doing any closeups of the lights. I just have no idea what’s the right approach for mixing a light object with a model of a lamp. Everything I’ve tried so far looks bad or looks wrong or looks too noisy and takes longer to render than just using a light object with no lamp model. I found a bunch of free lamps in 3ds format and I’m trying to convert them into assets for Blender but how to actually light them is kicking my butt. Could you upload the file as just the .blend with compression enabled? I can’t install 7zip or anything else on this computer i’m using at the moment.

Already compressed by blender… it was 5megas and a few more…sorry
i’ve turned it to zip in the upper post, if you are able to open zip files.

What i ve done for the point light inside the bulb was: removing “multiple importance” from it in the shader options.

and mainly a light path "is shadow ray to avoid the glass affecting light passing thru it. 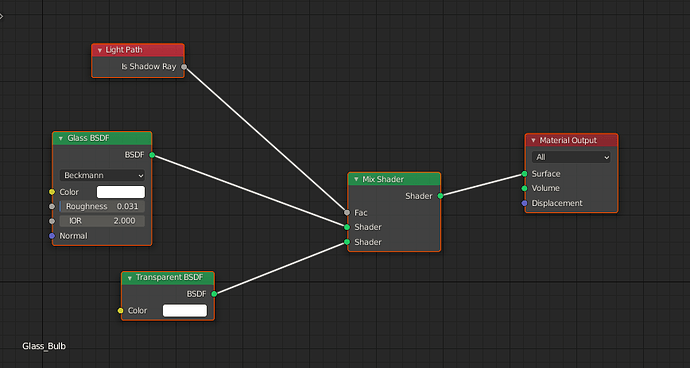 I spent several hours trying to figure out why your point light does not appear within the glass of the bulb. Apparently “multiple importance” under the Light Object Data Properties tab makes that happen. There’s no way I was ever going to discover that on my own and it’s probably not mentioned in the documentation!

edit: IT’S NOT MENTIONED IN THE DOCUMENTATION ANYWHERE that “multiple importance” is found.

Example render/screenshot, where the bulb is visible to only camera and shadows, the rest is handled by the point lamp: 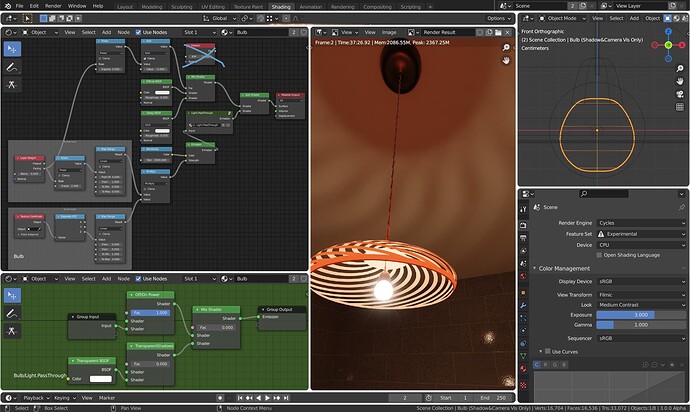 SimpleLamp1920×1149 190 KB
The transparent portion, used on transparent “glass” bulbs when light is off, could use some more work to produce a fully shadowed edge. Here I’m using a white diffuse+glossy using a fake fresnel to mix them. Don’t use real fresnel without inverting normals for backfacing faces, I’m using this method where nobody would be the wiser. I’m using cryptomatte to only make the bulb glow, and using dilate to contract it to a smaller point for the star filter (in post). Both the point light and the bulb use the Light.PassThrough node group, and you can put it in World for easy access to control groups of lights (dimming, color temperature etc) this way. There is no white balancing going on in the picture. The wall behind shows two reflections of the point lamp as their normals are slightly disturbed randomly.