Hello this is my first ever ship model which I have been working on for several days it may not be up to the best quality but I’m trying the best I can as my computer isn’t that powerful… so I can’t use subsurf much because my PC lags to death especially with such a complex 3D mesh.

I have also named the cannons as the following: Surprise, Lord Nelson, Sudden Death, David’s Sling, God’s Hammer and Breathing Beast. I am going to add the lower deck as well, consisting of the Captain’s cabin and where the crew sleeps or add more cannons instead but I can’t add both… cannons and sleeping sailors don’t mix! I don’t know much about ships so I just did my best on my limited knowledge of ships and the specific ship which is the Halifax Schooner if I’m not mistaken… There are a few inaccuracies which are quite evident if you compare my model to the ship in real life. Anyway please post as much feedback as you can preferably quality feedback like letting my know what should be changed or fixed or ways to improve the ship itself and maybe even rendering it… as I can’t really render too well as you can see… I used ambient occlusion so the shadows wouldn’t be so evident… I plan to include this into my portfolio as my first project since all the other stuff I’ve done has become my graveyard… I forgot to mention that the sails will be using the cloth modifier if you have any points on that it’d help I know how to do it but if you’ve done something similar share your experience and tips if you’d like, Thanks a lot 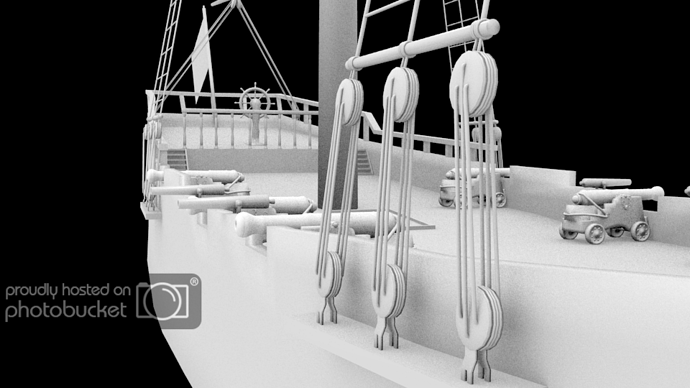 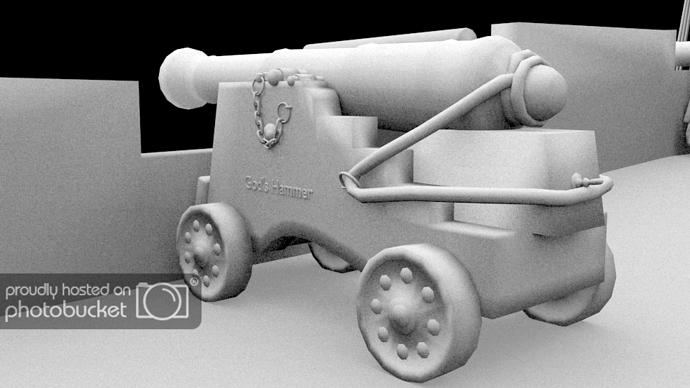