I’m back again with a new project. Sometimes projects are too big and you need to downsize. I’m currently 1-2 weeks in on this project. Testing in about 2-3 weeks from today.

Looking for:
Testers
If you are interested in testing online, please send me a PM on here with your name (if you want to be in credits), email address, and graphics card so I can log you down. I will schedule a time and day which everyone can join in to test. I will also have my PC setup as a server so people can still join other games.

Also:
(I know a lot of people on here are young and haven’t fully developed skill-sets. Only apply if you feel you can produce decent work that can fit with what I have up to this point.)
2D Concept Artists
3D Artists
Animator

(Anyone know how to scale an image? I always scale them in the posting box, but they always appear full-size) Dude, are you making this in the GE? How did you get alpha shadows in your scene?
Anyway, great job so far. I would definitely play an online game like this.
gill

I dont think this is the BGE,
because BGE doesnt support direct shadows yet.

Yea, this is an off-bread blender engine. I still plan on releasing the engine publicly because I feel sorry after seeing how you guys have to “code” with blender all those sensors and lines connected :(.

off-bread Blender game engine? Sorry can you tell me what that means?

btw, I’d like to test this online game, but I won’t apply for anything else because your work is over mine

Bye, it looks cool so far!

looks awesome, but since this is technically not the BGE, er, you’ll probably get moved to a different forum. I assume your engine still uses python?

off-bread Blender game engine? Sorry can you tell me what that means?

btw, I’d like to test this online game, but I won’t apply for anything else because your work is over mine

Bye, it looks cool so far!

Doesn’t it just mean he’s modified the original BGE?
If I remember correctly, I believe he said (from previous threads) that he built the engine from scratch himself.

What I think adam450 is trying to say, is that he is using blender to make the graphics but using this own engine for the actual game.

I don’t get whats so amazing about the shadows… couldn’t that be done with baking?

I don’t get whats so amazing about the shadows… couldn’t that be done with baking?

Perhaps all the shadows are dynamic, but dynamic shadows have been a staple in games since stencil shadows were introduced.

Custom Engine: You model and place your entire level in Blender. Click export and my engine works off of that exported file.

"I don’t get whats so amazing about the shadows… couldn’t that be done with baking? "
The shadows are strictly shadow mapping. I’m not sure what direct shadows means (directional vs point-light I’m assuming).

And my engine does not use ANY coding, all gameplay features are implemented visually. You will hear more about it later.

So you need 3d artists and online testers. I am up for it. I am good at modeling weapons and have recently modeled a chain’ Gatling gun. I also was into modeling modern assault rifles, it shouldn’t be to hard for me to whip up a couple good weapons. The only thing is i suck with textures so someone else would have to do that.
Here’s some pics of Gatling gun, its kind of boxy but that’s fixable. Pm me or tell me what you think and if you want my help. 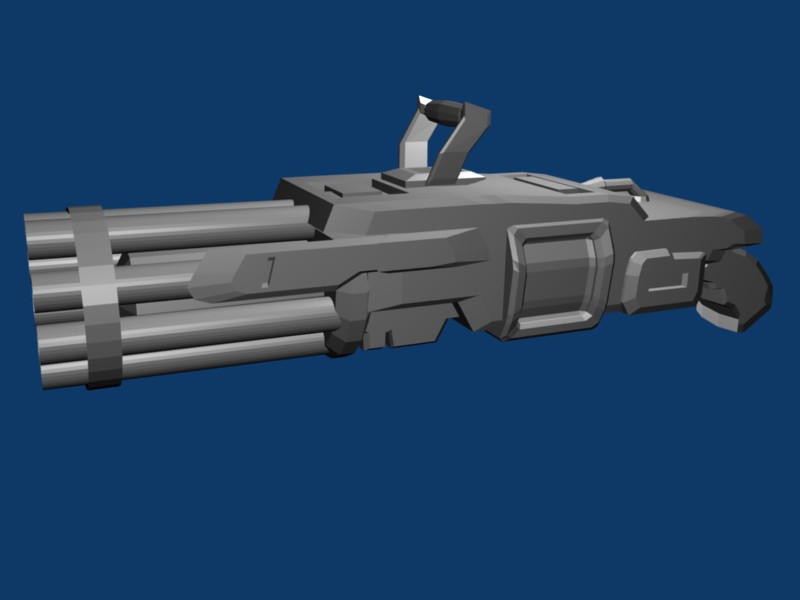 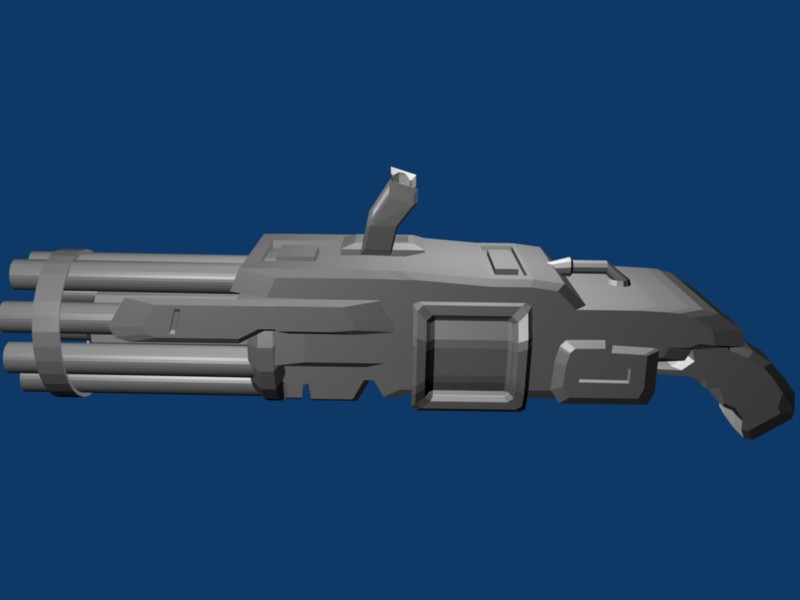 I’m not usually a doubter but I don’t know how an engine can be truly flexible without scripting.

However, I suppose if you have a system that performs well for this particular task, I salute you and am highly curious. I am developing an export-from-blender engine too.

Can we have more of the game’s concept? Does it have vehicles?

Raiderium: Any reason for a custom engine when you could help make Erwin’s GameKit project the perfect replacement for the BGE? At least all your old projects would work with no changes (not even redoing the logic)

Can we have more of the game’s concept? Does it have vehicles?

It will. I have a tank but I have not messed with all the vehicle physics yet so it might be a while before it works.

well im currently working on a vehicle for the BGE, when its done maybe you could use it;)

Ok, I understand about the shadows. You mean blender can not bake or render shadows with a light source that is directional… like a sun. Btw, it looks awesome :yes:

@CD:
I don’t really have anything that useful to offer to the GameKit project… I have not yet worked with Bullet, Ogre or the Blender source.

I just havent concepted the whole thing out, it is 2 weeks in, and some of the work will just be placeholder.

Can I see a beta of this engine?