Reference Picture Included, found on google
Ears quite messy,
.blend if anyone really wants to dig deep to critique 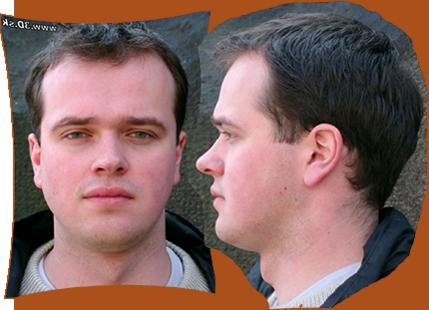 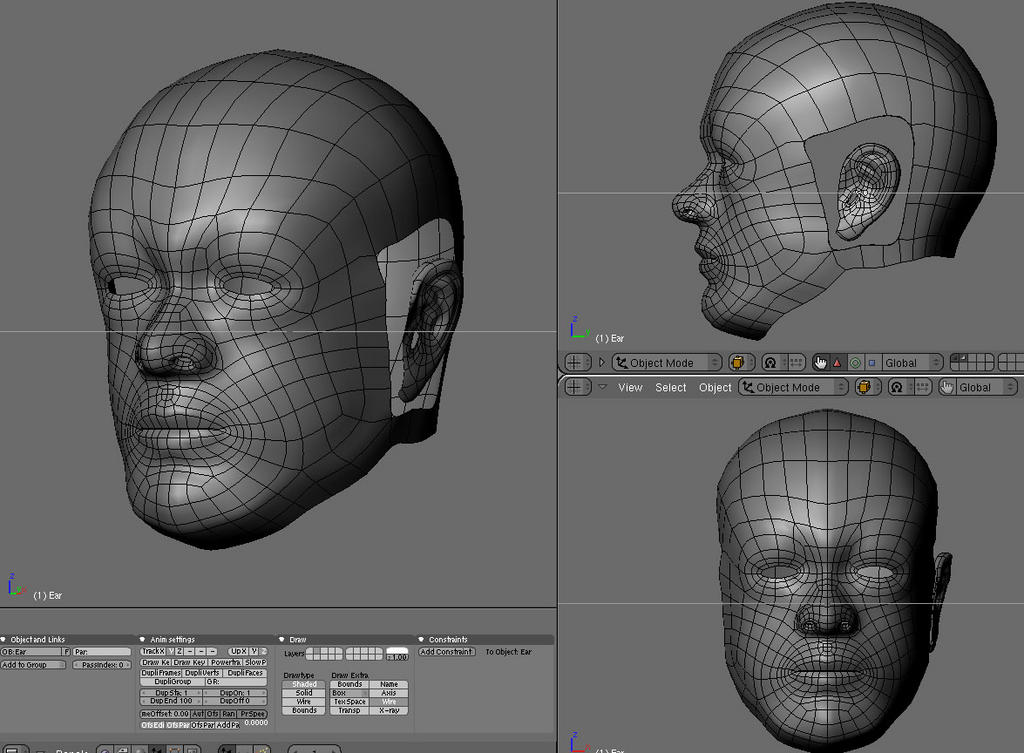 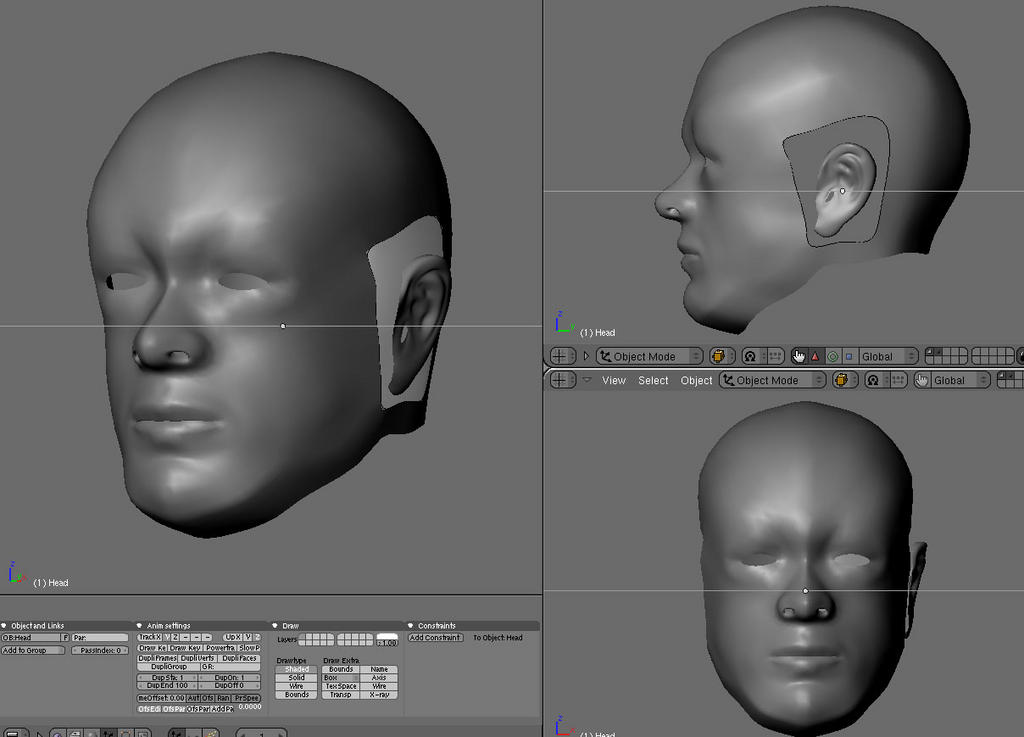 For help with ears, check out this great tutorial by Jonthan Williamson:

Already seen it, the one on vimeo as well
This was my practice without any videos or wireframe ref’s open.

great topology, I only ran into a couple problems with the nose and the eyes–areas of low definition, or where the flow wasn’t quite right for details–the changes to the topology I’ve made should be fairly obvious as to the purpose. The eye, specifically in this case, because the upper eyelid actually OVERLAPS the lowers one, if you look closely in a mirror–so I made the whole topology flow across the lower eyelid from the upper eyelid. The same thing for the nose, wrapping the crease around into the upper nostril and blending into the shape of the bulb itself, instead of finishing the crease where a new feature begins.

The main problem you ran into on the MODELING side was the easy-to-make mistake of lining up all the features perfectly, and just sort of blending between them for the large, detail-less masses of the cheeks, the chin and the forehead. Since these areas protrude a lot and are actually quite angular, the whole model ends up looking a little sunken.

The best way to check these areas of the face is to, again, look in a mirror, and tilt your head this way and that, and see what your face looks like, specifically the cheeks and forehead, from an angle. You’ll find that the whole face is much flatter at the front than you might otherwise have thought.

Wow, I love the changes you’ve made. There’s a 6Pole near the tear duct, but who cares! the rest of the model is amazing. And great advice as well, I never really realized how much more detail there is to a face then first glance.
You should really write up a tutorial, or just a page with tips.

I am practicing topo too so I am going to take a look at your blend. Thanks for sharing.

whoops, dang. I got rid of it. XD Thanks for noticing. It should be updated in the .blend file now