I am working on the model of the head of a local politician. I will be turning the final head into more of a characature, but - for now - it is more realistic: in order to make sure I get the basics right first.

Please note that the “double hump”-shape of the head is not incorrect, but is in fact a characteristic of this person’s head.

I will be using the head (and torso) in an animation that is lip-sync’ed to a recording.

Here are the basic drawings I did: 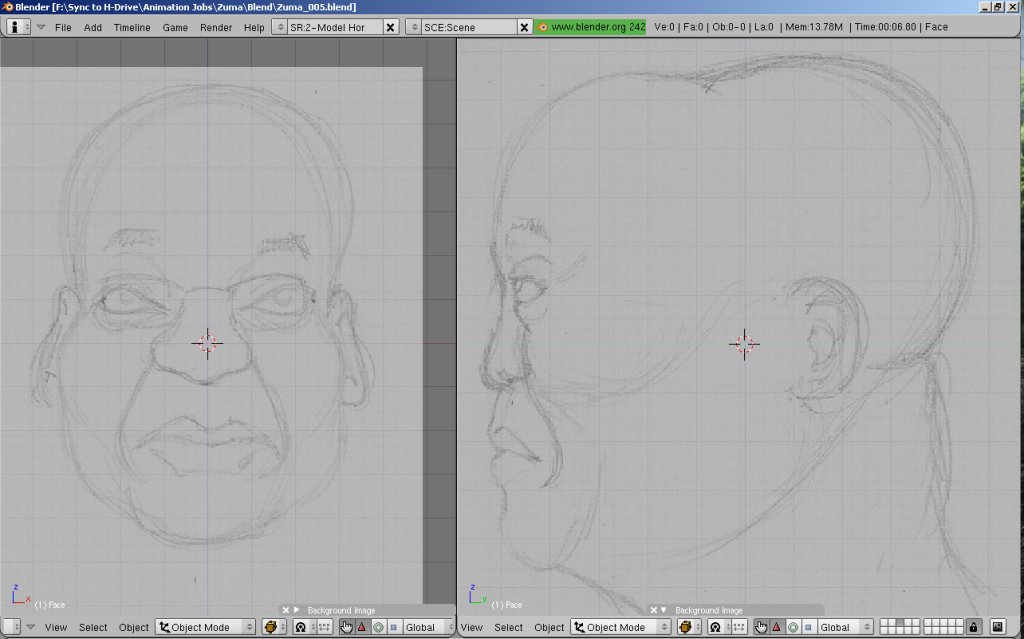 …and here is the resultant model so far (which I decided to make a bit more realistic than the drawings to first iron out the model): 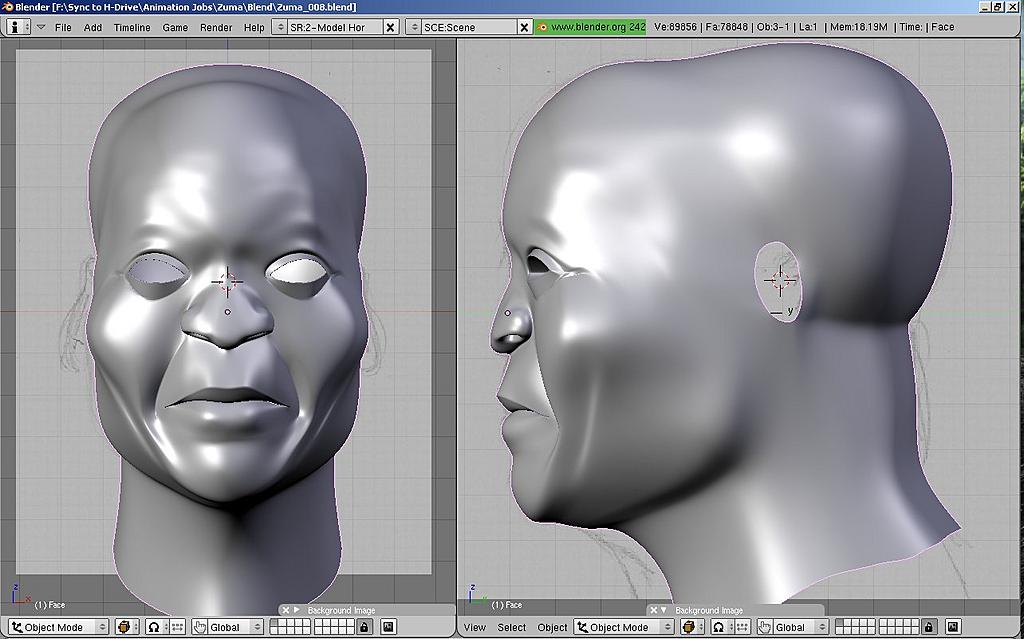 I eventually want to use this to animate the facial expressions via bones and RVKs. Although it is going to be a characature, I am trying to make it relatively life-like, to make sure the facial gestures and expressions work out well. I therefore did the face in relative detail, but that caused me to become a bit concerned about the topology. For example, the frowns around his forehead result in quite a few edges -> which I have to somehow “dissipate” - but without upsetting the topology too much. I changed the topology a bit until I managed to get rid of most of the vertices with 5 edges: I did it by “channeling” them to the ear area, as the ear usually needs quite a few vertices to connect to the head anyway.

Here is the current topology: 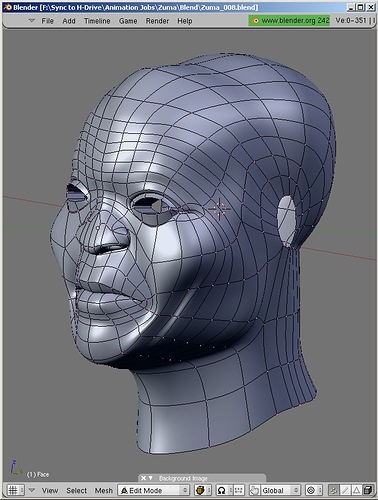 There are still some “funny” nodes at the outside edge of the eye, but that is mostly to get the eyelid’s shape correct.

Q: Do you think I have too many faces on the model?

I would really appreciate feedback on the topology - especially with the future animation in mind.

Topology not to bad…would you mind explaining the crazy bump on the back of the head?

Many of the loops that you struggle with on the forehead can be completely
erased, as they don’t seem to deliver much detail to the chin and cheek area
either.

This guy really look like he got hit by a bomb or melted or something. Any reason
for the look?
//Mathias

it would help if we could see a picture of this politician. from what i can see it looks ok, but for a caricature it isnt un-realistic enough. is this politician male or female? it seems to need more of a jawline if it is male. Your face looks to be smiling, i dont want to sound like i know what im talking about, but i think it would be best to give it the expression it will be using throughout the speech, unless the politician has that sort of smiley face. in which case (this being a caricature) i would put more emphasis on it.

The face is actually not so far from the truth:D…slightly exagerated…but I presume that is what your looking for, seeing as your going to turn it into a characature?

Just to come in defence of AniMation:
Someone asked for a reference pic…I found a few through a quick google-image search.
As you can see, there is actually a bump on the back of the head. And the head is quite strangely formed in reality.

Nicely done! Keep it up! 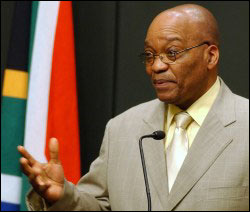 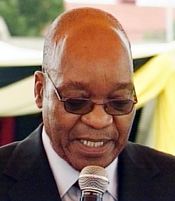 You hit the nail on the head Siluno - excuse the pun! 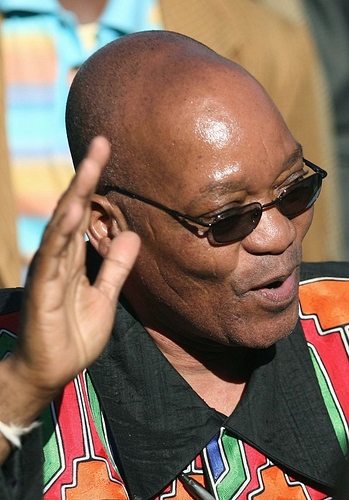 Basic topology is pretty right. Overall shape needs work for a realistic model - the cheeks are too flat in the front, for example and I feel the back of the head and neck are wrong - but since you’re going for a caricature, you’ll probably want to exagerrate shapes from here.

It looks like there’s two triangles on top of the nostril. Make them into one quad.

As The M.h.p.e. said, you could probably loose a few loops on the forehead since they terminate at the ear hole anyway - but you could maybe use some of these loops to make frown creases on the brow.

Thanks for the feedback everyone.

Not to disregard your feedback, I changed the neck but am thinking of leaving the seemingly unnecessary loops, as they are in places where they will assist me to give realism to his expressions - especially when he shows emotion. It will obviously mean more work, but I am willing to do it for the sake of realism.

Regarding the two triangles on the nose AndyD, I am also thinking of leaving them there because they give shape to the little “valley” from the hose hole to the top of the nostril - unless I am misunderstanding you.

I really hope you guys don’t think I don’t value your input! Please warn me if you think I am heading for problems down the road if my reasons are invalid!

Here is an update - with the ear added. Next, I will work on the eyelids and surroundings. 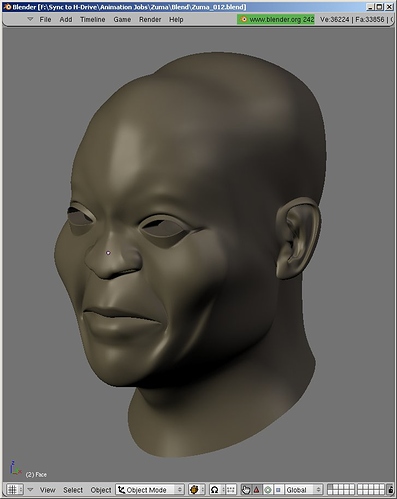 Regarding the two triangles on the nose AndyD, I am also thinking of leaving them there because they give shape to the little “valley” from the hose hole to the top of the nostril - unless I am misunderstanding you.

A sideeffect of the two triangles is the small edge you get on the side of the
nose. You gotta watch out when you use triangles. Make sure everything
around them is smoothed well out.

Keep up the great work!
//Mathias

I experimented a bit first, but here is the effect on the current model: 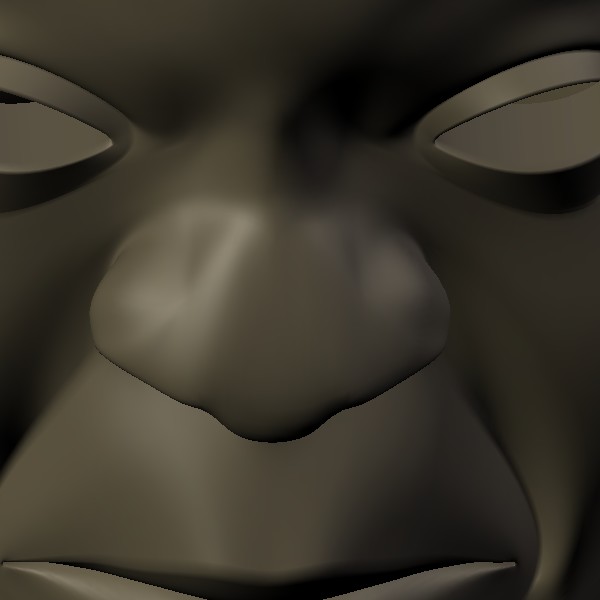 …and splitting into 2 triangles: 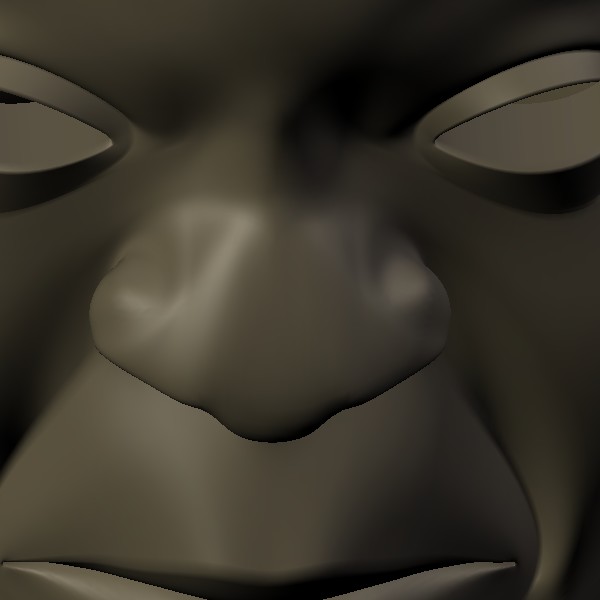 I feel the 2 triangles just give that bit of a better definition where I want it. The quads are “flat” where I want a dent.

Thanks for the feedback so far. I am putting this project on hold for a while (or longer!) because of the sensitive nature of this person’s profile in our country lately. I don’ want to animate somebody whom I cannot use in my portfolio.