This still needs some work here and there, but it’s getting close. Modeling and skinning assistance by Justin Stone. I realize that the trophy is not reflecting the hair – working on this. 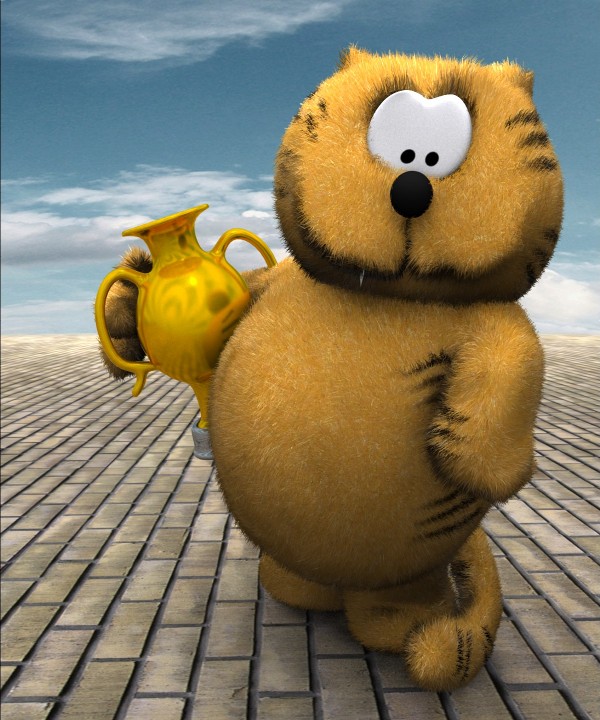 haha, no this is Garfield. For this project I’m doing a 3D transformation of Heathcliff and another orange cat like they did for the Garfield films. If you don’t know Heathcliff, see here: http://en.wikipedia.org/wiki/Heathcliff_(comic_strip) 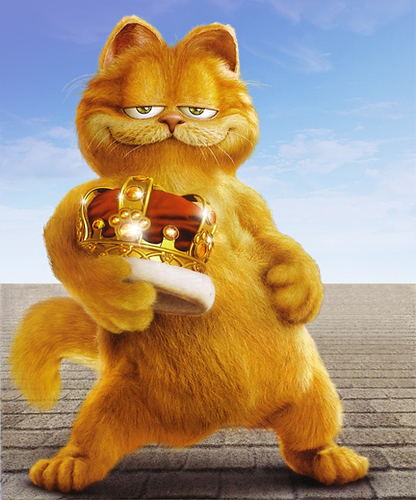 Over all he looks good. Just a little idea, the eyes look funny because they are flat. Would it look better if they were rounded a little?

Ive read Heathcliff since I was a kid. Tough cat!!! Ive also seen the Animated Garfield movie you are refering to, you portrayed Heathcliff very well in comparison to this style. Are you gonna animate him? Remember his girlfriend Sonja?

Good collection of pictures, it looks really funny.
I liked your collection very much,keep it up.

Really good Paul!!
My suggestion would be that you added a very subtle glow with nodes, and maybe that you tweaked the lighting a little bit more, everything looks a little too plain if you know what I mean. If you take a look at the garfield picture, there´s a yellowish light coming from the back that re enforces the shapes, and the light from the side-front is stronger and it produces more specularity.
Maybe you will also need to tweak the fur material to make it a little bit more shiny (though it looks good now)

i think the hair should be just a tad longer and have some more randomization, mess around with the different particle tools

looks good, one of my illustration professors is the one that draws him now. His uncle created him. I’ll make sure to show this to Prof. Gallagher, see what he thinks.

hey guys, thanks for the feedback and nice comments. I’m planning on messing with the lighting a little more. I will not be animating this one because it would be quite a bit of work and I just need a still for this, but I will probably be posting the blender file publicly. So if anybody wants to try rigging and animating him, you will be able to.

That’s amazing that you know the artist who draws him now, Framed. I’m sure the character could be captured better in 3D by somebody whose really good, but I think this is pretty close. I think the Heathcliff model avoids some of the “uncanny valley” weirdness that’s going on with the Garfield character.