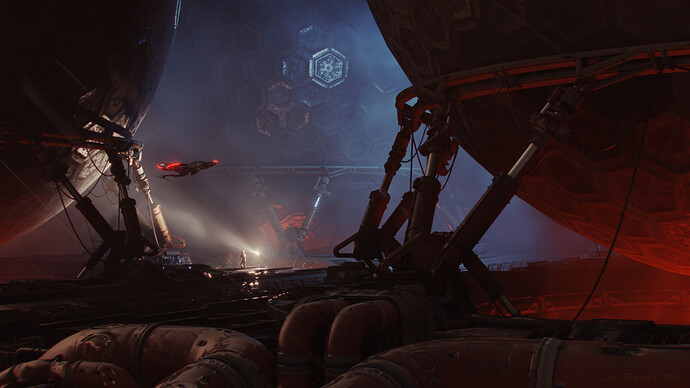 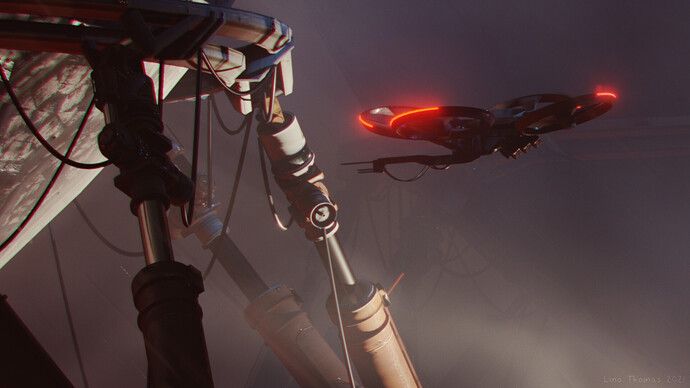 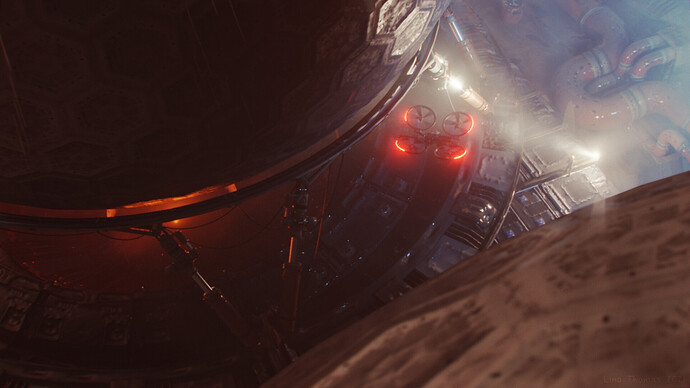 As usual the link to the Artstation gallery: https://www.artstation.com/artwork/PoYY34

The scene was modeled over two weekends in Blender in about 12 hours total. Lots of copy&paste of small greeble bits, but all made from scratch.

Rendering each frame took about 15seconds in EEVEE on a rtx2080ti.

The rain was done via an animated volume texture and a particle effect for the droplets.
Pretty simple actually with a super nice end result. I am very happy

Some things people have asked for in other forums.

The volumetric shader/material setup.
Was done via a three noise textures as density input for a volume shader. 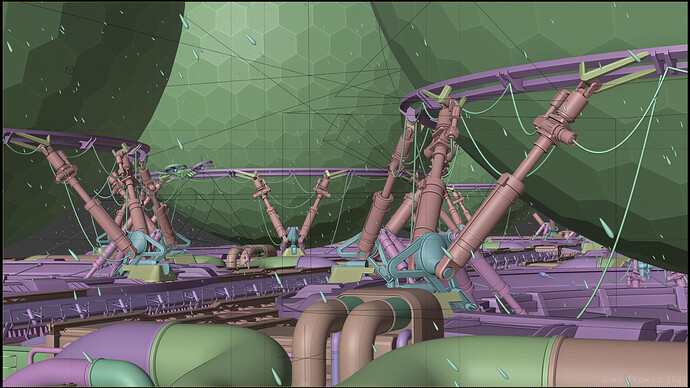 And the elements which i used to build the scene with. Three smaller elements are missing here, forgot to add them (like the light and the small round connector for the suspension(?) ) 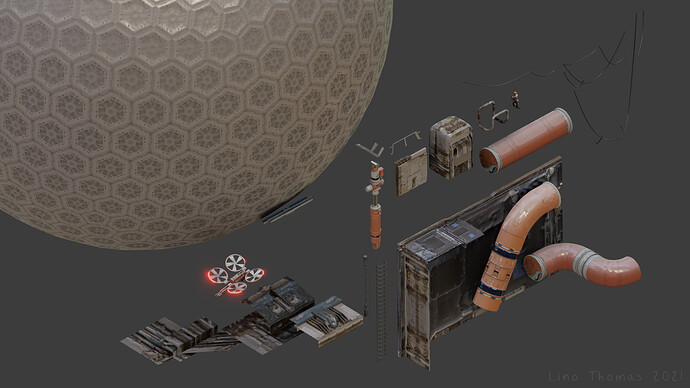 Nice job! I particularly like how the drone is wobbling in the wind.

Yeah, that was fun to make. The f-cure modifiers are a nice help for those random movements.