Help with extruding along a curve?

I’m an extreme Blender noob, and I think it looks very cool, but I’m still struggling with the basics. I’m hoping some kind soul would help me here.

I have made a simple low resolution cylinder. I’ve used the Array modifier to create a bunch of these in the length of a Nurbs circle I have made. That much works as I expect.

But then I try to use a Curve modifier to warp the array around to the shape of my curve. The results are not even close to what I expect. You can see my array in b1.jpg. b2/3/4.jpg are versions with the Curve modifier applied to the array in X, Y, and Z axis. I don’t understand at all what’s happening. Could someone explain that to me?

No matter how I play with the transform center point and with the axis, I can’t get my array to bend around to the curve.

Thanks a lot for any help to a total newbie! 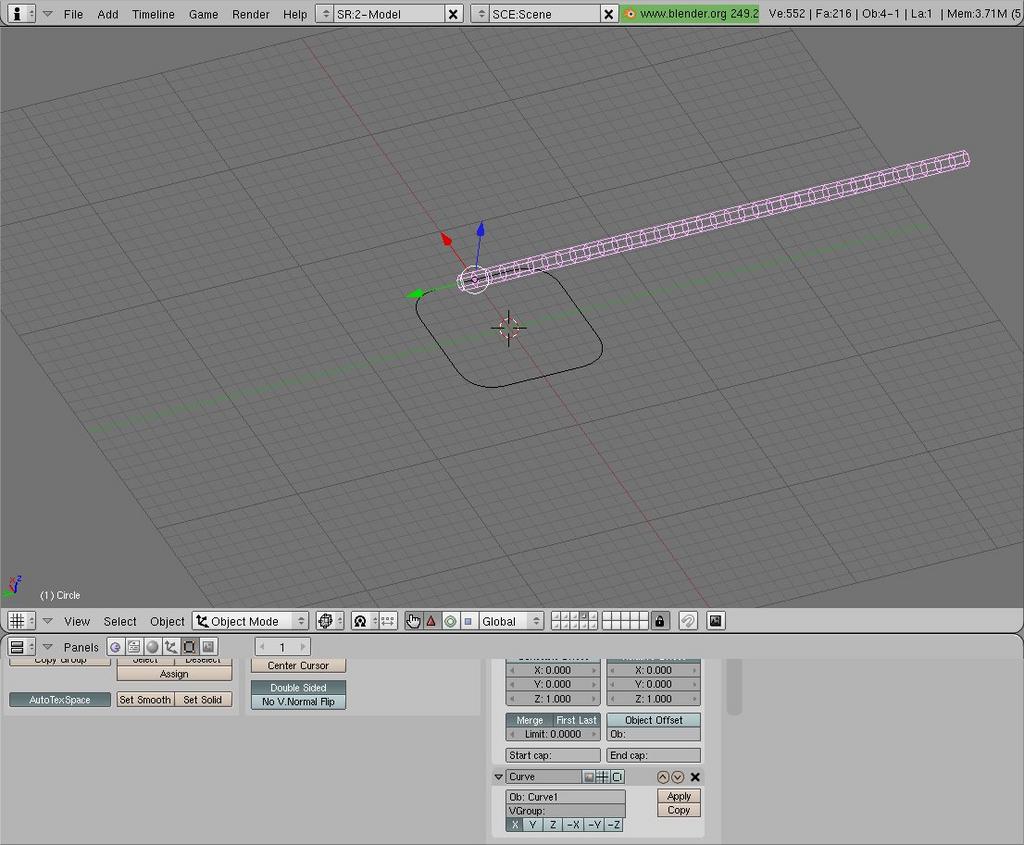 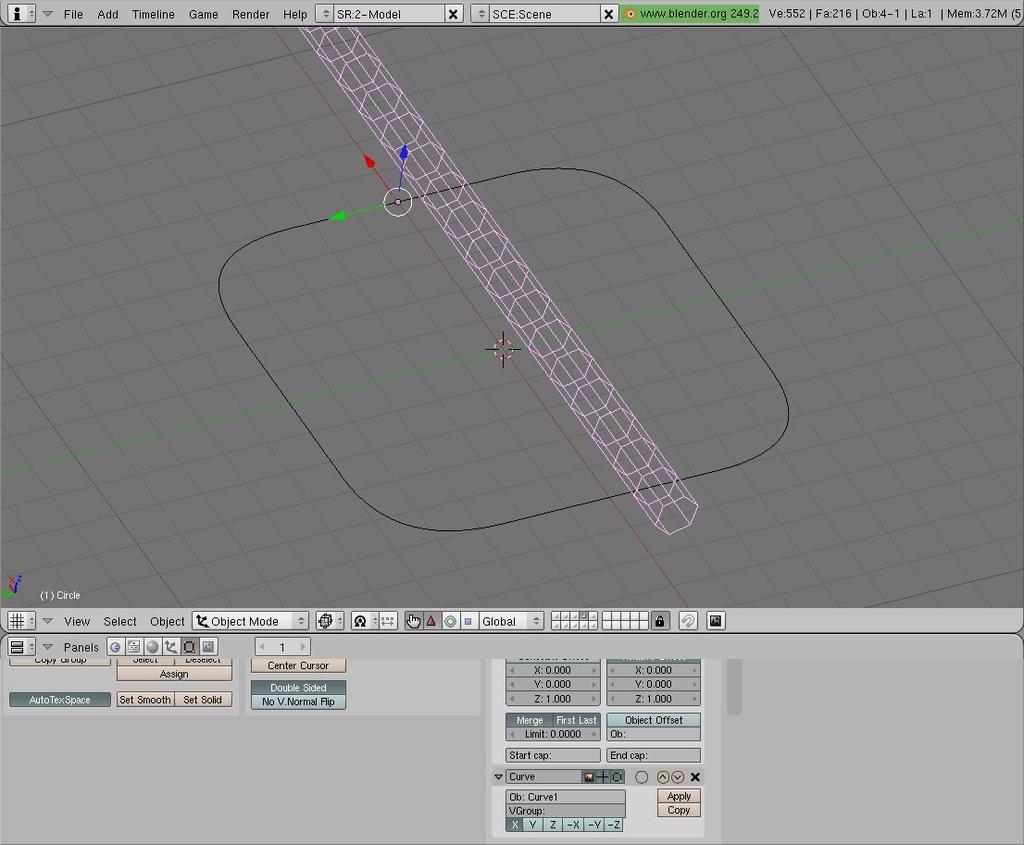 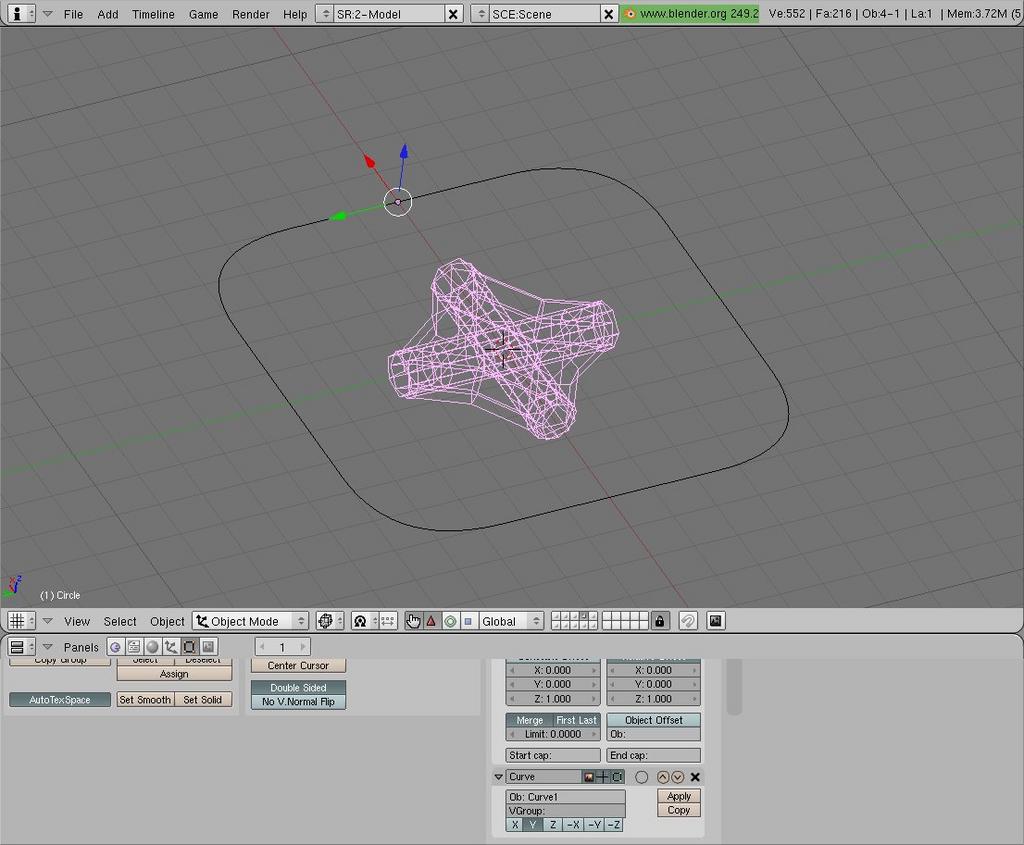 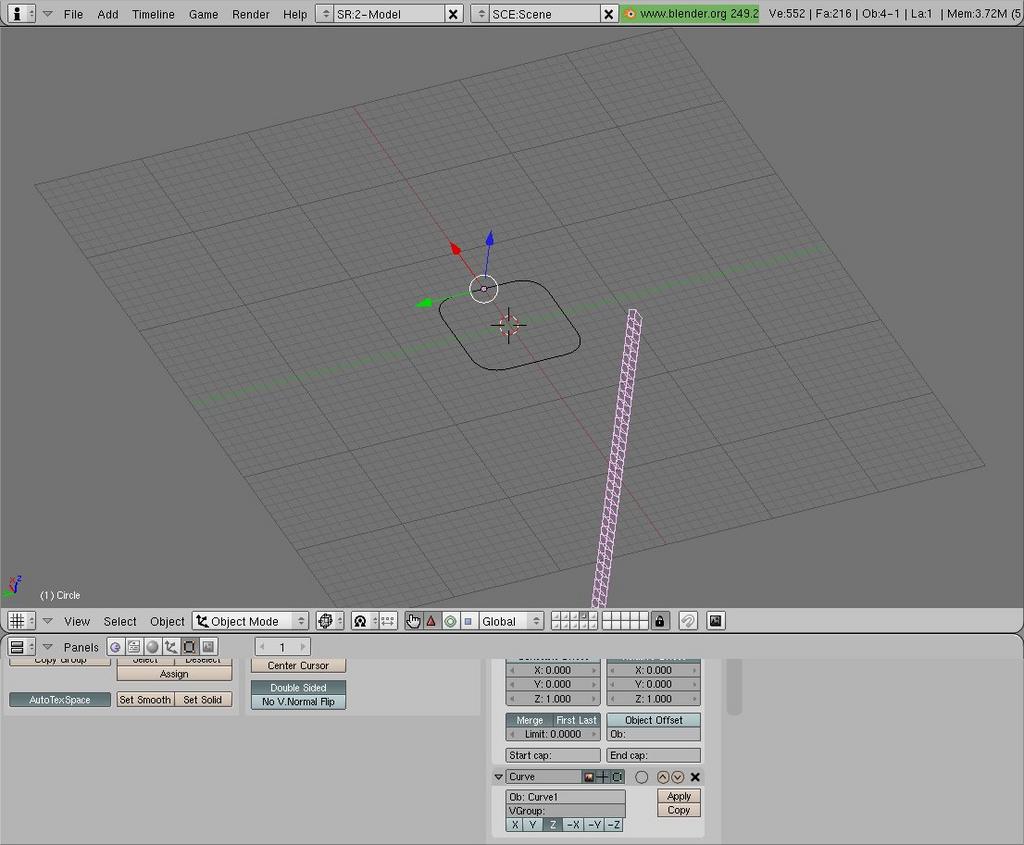 Here is a couple of ways to do it. One using the array and another is simply a bevel profile along a curve. With the array make sure you place the curve modifier after array modifier or you get unwanted results. 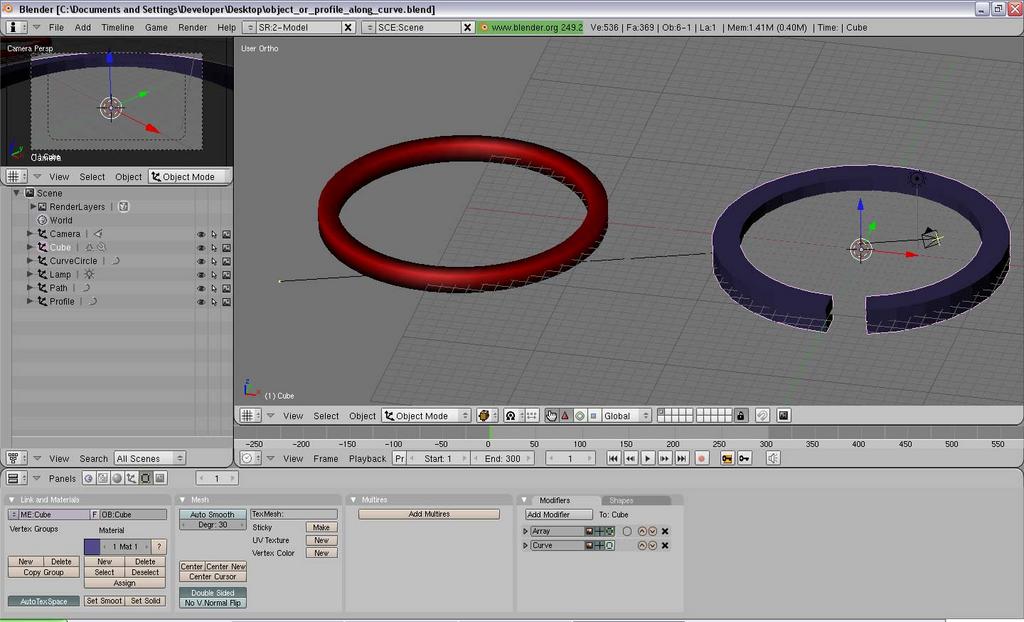