So I wanted to document my progress with high poly modelling, everything shown has been done within Blender with the exception to using ZBrush for finer details. But that’s for later…

Think of it as a sketchbook, allot of these things will, won’t or possibly will be completed - however it’s more of an exercise to see what I can do.

I’ll update the thread as I go - feel free to ask any questions or give crits. So let me know what you think! 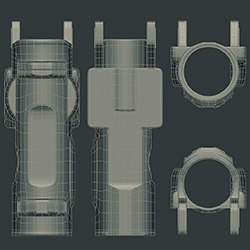 Here’s another asset that I recently finished. The model itself has already been imported into Arma III as part of the ScopeModA3 addon.

…and some more scope assets…