This model is something I’ve been working on for an embarrassing amount of time, as it is what I’ve used to learn as I go!

This car is my first car I’ve owned, and so holds a special place in my heart…

The Holden Commodore is a car produced here in South Australia since 1978, with various models and variants made in the time since then. The VP is a model produced between 1991 and 1993, and this model specifically is styled around the ‘SS’, or V8 sports pack varient.

Unfortunately, because I know every cm of this car like the back of my hand, I’m too much of a perfectionist, so this model has taken me years (literally) to get to where it is now. Obviously, I’ve taken a few breaks and don’t work on it more than a couple of times a week…

Well that is odd, I can’t view my own uploaded photos, but when I go to edit the post to reupload them, they appear… Anyone got some idea whats going on? 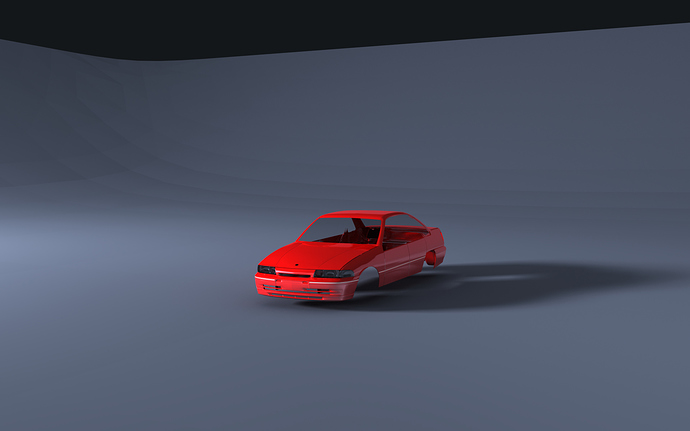 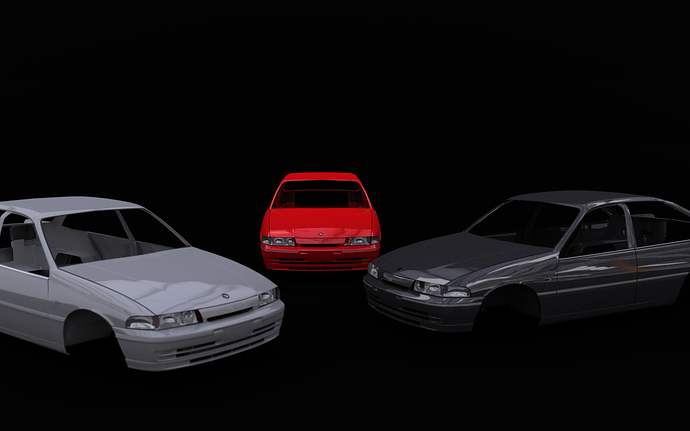 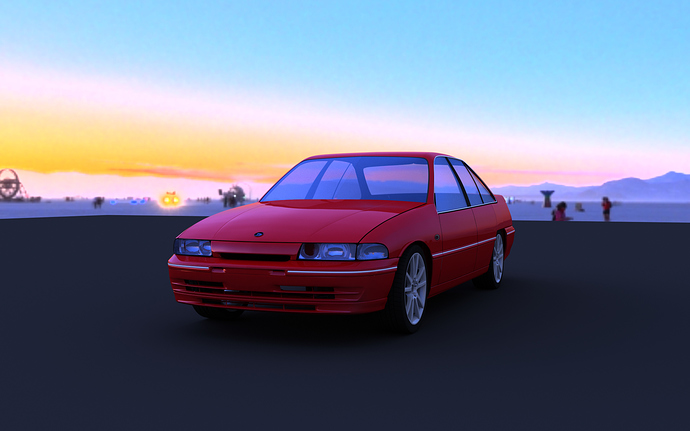 I’m still not happy about the hood, it seems to reflect all weird, even though it looks smooth…

The window surrounding strips are weird as well, need to fix those… and the headlights… and the material for the rims… the list goes on… 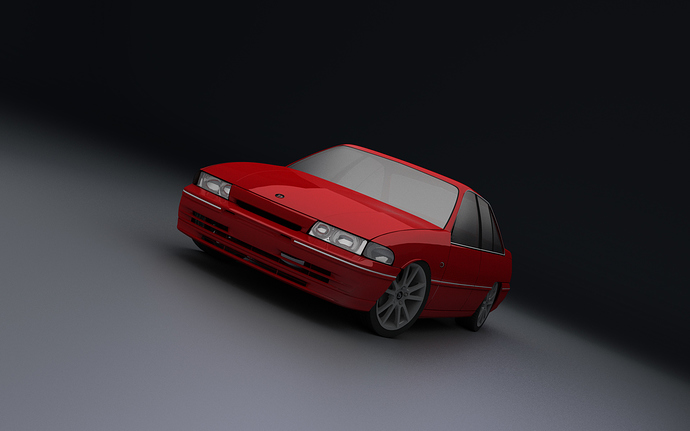 Well, I managed to render my first animation ever using Blender the other day! The following 8 second video took approx. 36 hours to render on my '09 macbook pro…

I had the render settings set to 640x540… but since that doesn’t work with Youtubes’ resolutions, it upscales badly. I might make another video soon with my recent changes. I’m finally focusing on the side mirrors and the window surrounds.

I’ll keep updating here… this is my first model, and this car means a lot to me… so lets see how it all goes!

Are you using the internal blender render engine? Curious if you’ve tried cycles or luxrender and how the materials look on the rims and hood compared to what you have now?

The parts you mentioned didn’t look too bad to me. The tail light lenses are the one thing I’ve noticed that stand out as a pretty funky color or mat.

Oh and I like the car model overall! Nice job, I hope you keep working on it.

I saw the hover craft version on mechman’s site, I want that one!!

I also have one Holden Commodore VP SS from my birth and my father gifted this cat to my mom that’s why it has a sweet spot in my hart , but now i am not gating its spear parts for repair…
…
air-manuals.html

Sorry I haven’t replied sooner guys, been on holidays, so haven’t worked on Blender stuff for a while.

I started this on Blender 2.4 ages ago, obviously using BI back then, but now using Cycles since 2.5 something… The rear lights are weird cos they were using a left over material from BI, however I have since corrected that. I haven’t tried any other rendering engine a. cos I don’t know how to yet (still learning hehe) and b) I really want to/need to get the mesh finished; I keep mucking around with different scenes to see how it looks in different lighting instead of just working on it hahaha! In any case, my latest version I have redone the hood, and the rims use a much more shinier material which is closer to what I have on my car (since I am using official Holden schematics of a VN, with modifications to it from my own car).

I know its no Ferrari, or BMW, or whatever, but its my little beast of a V8 that I am building up from the ground. Used to be a mock up VP Senator, but I hate cheap fibre glass, so I’m pretty much restoring it to be a VP Berlina as it was made from the factory, just with a V8 in it and an official VP SS lip kit on it.

So, I’ll stop talking and leave you guys with this: 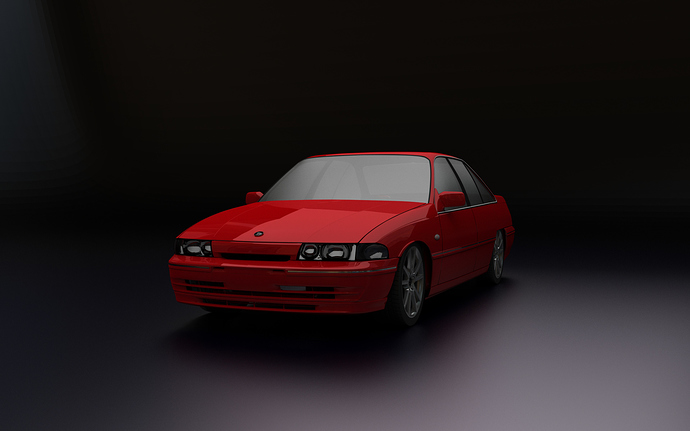