This isn’t a joke, a Hollywood producer actually thinks he has a massive 3-part story idea based on a game about falling blocks. 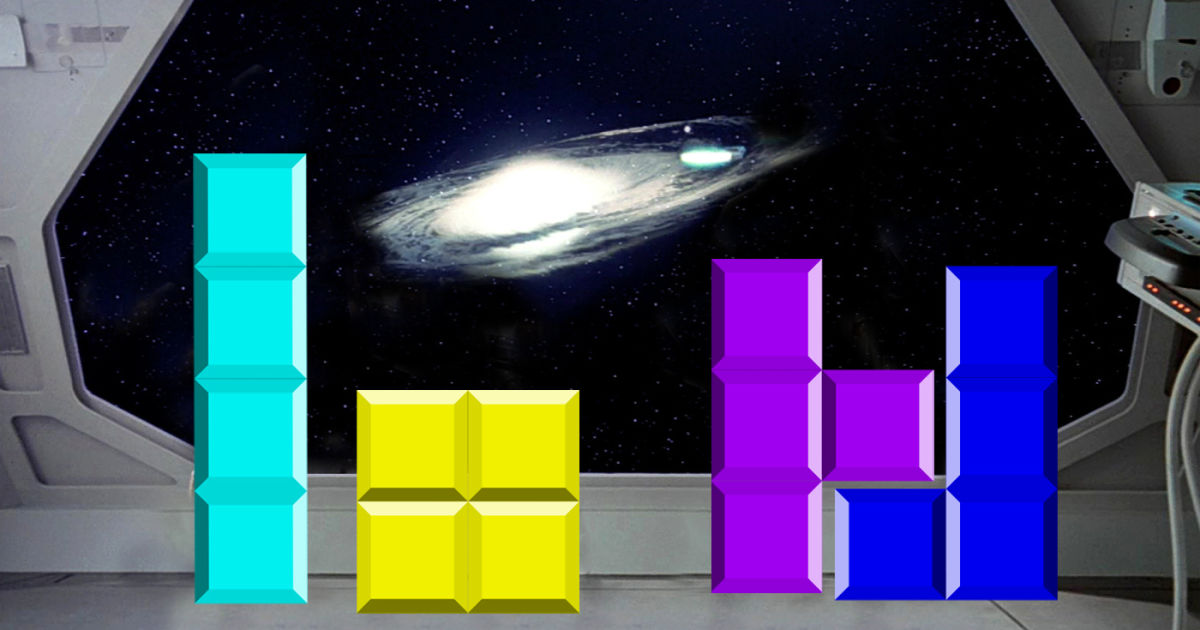 'Tetris' the movie is going to be a sci-fi trilogy

Sorry if you were hoping for a rom-com.

As the game has no plot and is nothing more than a puzzle, the only game idea I could see being less conducive to the blockbuster treatment would be Pong.

Many years back, I started a thread on Hollywood entertaining the idea based on the Hungry Hungry Hippos game, fortunately it never showed up in theaters. If they are this starved for ideas, perhaps it’s time to stop thinking about how to gross a billion dollars and look to the creative indie community to farm directors from.

I’ve heard of many tenuous movie ideas before, but they do seem to know how to raise the bar in absurdity.

What the actual hell. This worries me because I saw the live action Mario Bros movie,

Hmmm, the writer was inspired by “order from chaos.” It kinda sounds like it may not have much to do with the game, so much as perhaps a concept.

It is weird that when they decide to do video game adaptations they often option IPs that don’t have much of a narrative, though. The only video game adaptation that I liked was probably the Netflix Castlevania. But even that is based on a game (Castlevania III) that basically had a loose plot for a storyline.

Do these people ever read books? If they’re this desperate for ideas, I can think of hundreds of sci-fi novels that’d make a good movie adaptation. I’m still holding out for Rendezvous with Rama, and the Saga of Seven Suns could destroy Star Wars.

What’s a book? lol!
There are hundreds of thousands of awesome books out there! I have always thought that movies would be much improved by hiring a writer or doing a book (accurately of course) than hiring a scriptwriter who has five ideas he has rewritten for 50 different movies. And as noted, indy has way more sheer imagination!

I agree with that. The series wasn’t bad but it felt very filler like sometimes. Although, Detective Pikachu is supposed to be good, I still haven’t seen it.

Just as Hollywood doesn’t look for good actors but actors with name recognition, so goes the story hunt.

They want pre-established audiences to tap into. If you have that you’re golden.

Great book? Too risky and too difficult. Especially if you’re a hack.

Lots have been addicted to Tetris, young and old. They may be interested in a movie. The whole family might go. And it doesn’t have to be a great movie. Just fun.

Many, most… almost all great writers i know of, don’t sell out to Shittywood. Just look at what investors, producers made from the great stories they licensed, bought. Industry is corrupt while indies don’t have the dough. Simple as that. There are maybe only a dozen of great adaptations. Otherwise, to my knowledge, best cinema works were simply stolen… or better - derived

Getting a book, as it were, isn’t necessarily easy. Not everyone wants a movie done, and some are as bad as Hollywood talent with over the top demands.

“It’s just a big story.”
“We’re not going to have blocks with feet running around the movie, but it’s great that people think so.
It sets the bar rather low!”
“I came up with the idea as I was thinking about Tetris and the theme of creating order out of chaos.”
No, i think you came up with the idea after snorting too much cocaine and drinking to much whine.

Did this dude observed what happened this year in terms of box office…Everything flopped more or less but he thinks he can make a Tetris trilogy??? Nobody gives a shit about a Tetris movie, its also just some random unrelated stuff with the brand tacked it. Even a 8 year old can see through this trick.
Whats the deal with all these media-fails? Is this the end result of some strange derangement fever that’s going on in California? We are constantly reaching new lows.