Had a little fun with Geradus’ sci-fi Blendswap model (it’s sooo nice), changed a few things and posed it, rendered in cycles then lots of PSD. 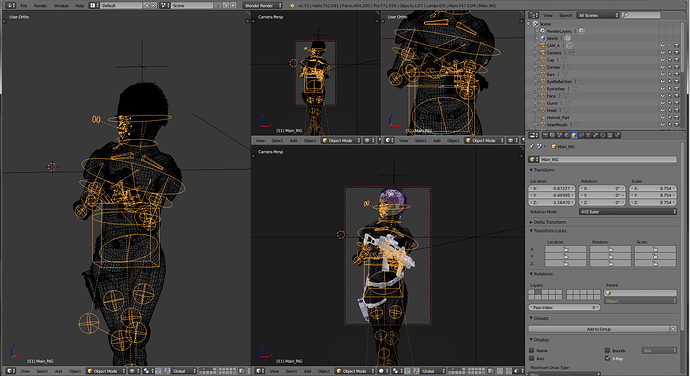 Head looks out of place.

Head looks out of place.

Succinct! The lighting in the raw render was fairly soft, so once I upped the contrast and added loads of effects in PSD it lost the depth on the face, I agree. I guess the lesson to take would be to plan ahead!

Wow, it looks very nice! I agree, the head does look slightly out of place. But overall, I really like it!

A little of bit of red on the cheek and the tip of the nose may make sens and arange the flatness of the texture a bit.

Anyway I like this cyberpunk looking render. Nicely done.

i love it man pretty hot

Very good overall feel, but yeah the head is wonky.

Very good overall feel, but yeah the head is wonky.

Cheers! Maybe due to the shading - physically, the head is the right size, shape and angle. The flat light might make it seem otherwise.

Yup, definitely something to do with shading. The face looks like a flat porcelain doll’s head. If you ever feel like touching it up to bring out some more contours and make the eyes and eyebrows not look like they’re painted on, I think that would really set the whole piece off nicely.