Hi, guys. I hope you like it. It was created in Blender 2.93 and rendered in cycles.

If you use them, plz tag me to i can see what you make with the model!
https://www.instagram.com/designer.eslami_pyramid/ 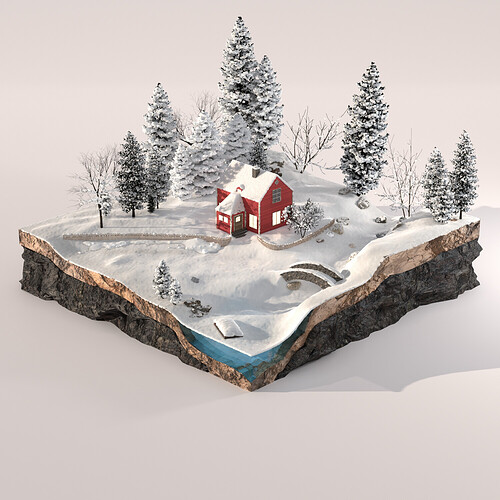 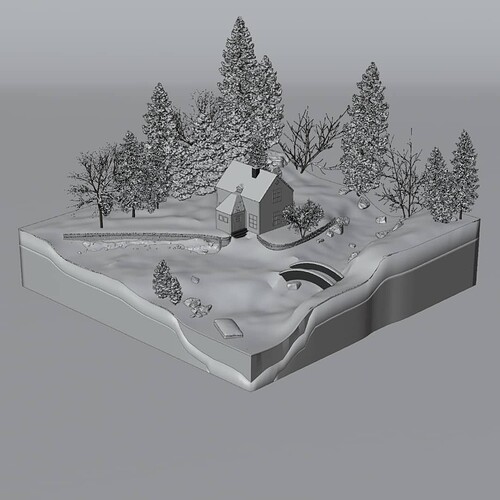 ,
+1 for the untextured version (textures/color can be so distracting

) The snow looks good and it’s only an image. In a positive way: pure geometry or special shaders isn’t always the way to go and someone must be able to draw this

. (Is there a smiley for the other eye? I think mine god tired of this

thank you for your opinion

This is great, nice work. Also I wanted to just gently point out that if something is going to be so close to existing art, I think it’s a good practice to at least give a nod to the original work and artist. I’ve seen this posted in at least 3 platforms now, and the inspiration (let’s call it that, since it’s not an outright copy) is never revealed or referenced. 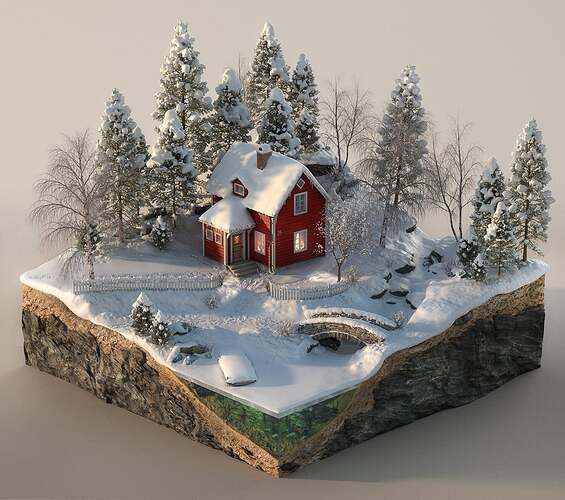 but that’s not his artwork…

I hadn’t read the replies when I commented.

Design-wise, this is about as blatant as it gets. @piramid.m’s failure to disclose this warrants removing the feature imo, aside from it being inferior in just about every respect in its execution. And it’s a shame too, because it’s not a bad try and copying is still fine for practice - you’re just supposed to mention it.

That work is a refrence .This is not all the same .
you can mix a lot of different refrence such as light and material and so on .

In the end, the choice is yours whether you want to let people know where your work comes from. It’s your decision. I personally would be uncomfortable accepting praise from people that don’t know about the reference image. I would feel like they really honestly believed that the work came from my mind. And by allowing them to believe that, I couldn’t help but deep down inside feel I was deceiving them.

Anyway, I think I disagree that it “is not the same”. It looks to me that you made your best attempt to reproduce the exact piece. You could have mixed a lot of differences into the reference, as you said, but I don’t see any evidence that you did that. Again, your decision in the end.