How do I add this bumpmap to this node setup

So I have this node setup 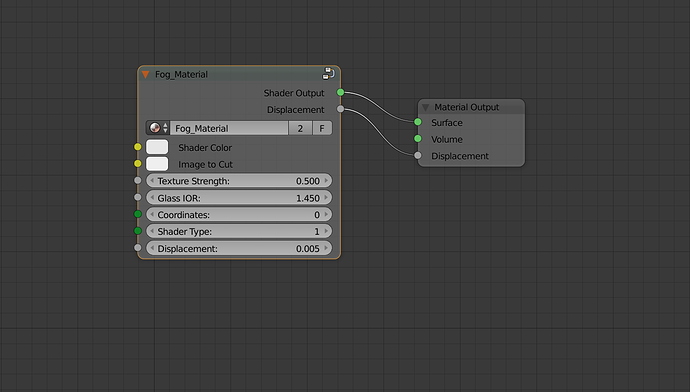 Which is made by an addon that creates fog/condensation on a surface.

Now, i have a bump/normal mop that will create drops of water on the surface. But im not how to connect this normalmap in this node setup… 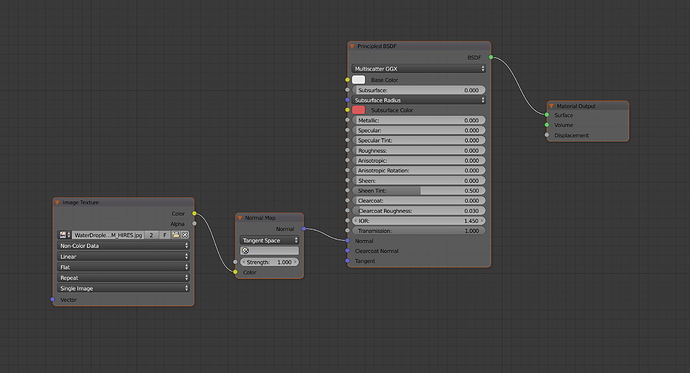 Can anybody point me in the right direction?

Also… once i have the normal/bumpmap in place… How would I control its size? (mapping node?)

Plug the normal map into both the glass and glossy shaders in the node group.
You can control scaling with a texture coordinate node, with it’s UV output into a mapping node, then that goes intothe blue vector input of the normal map image texture. Set the mapping node to your liking on scale (use the 3 inputs on the third column.)

I am away from my computer, so sorry, no screenshots available.

Thank you for your reply…

Do I connect 1 image texture node to both those nodes…or 2 seperate ones? And do I connect color > color (cause if I do that… the glossy/glass node disconnects from the ‘group input’ node…

thank you again in advance…