How do I fix this grid?

How do I fix this grid? 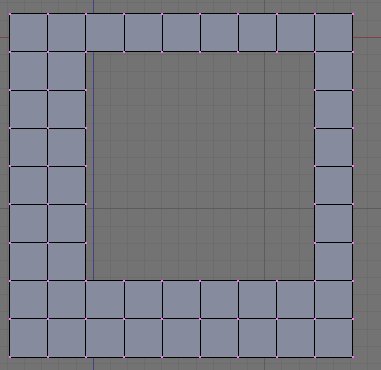 What fixing you want?
Why dont take a plane and make it big and subdivide 4 times in Edit Mode. Grid is made.

I don’t want to fix THIS plane. This is just an example. But I do need to learn how to patch up a hole with vertices on the side. If you just select the corners and make a face, the edges will not be connected. 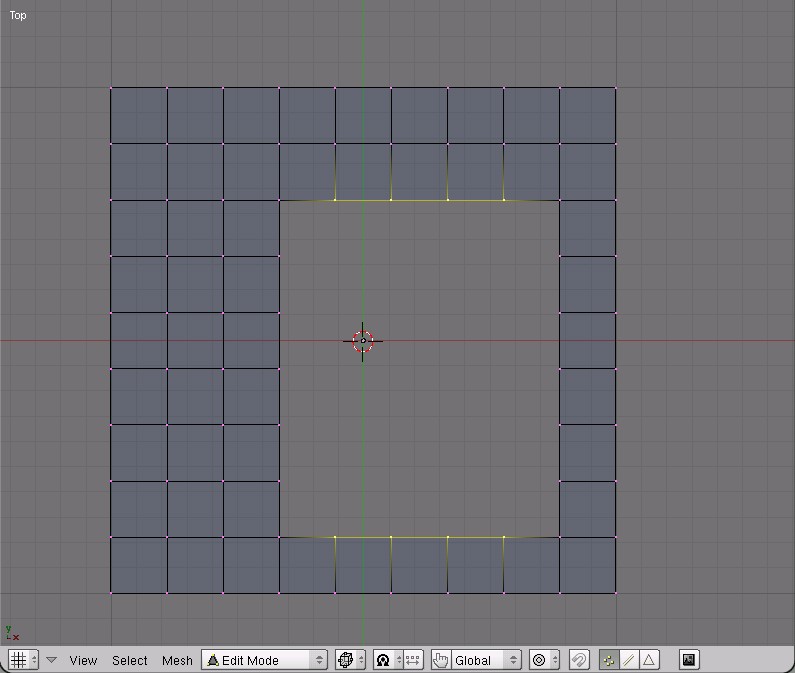 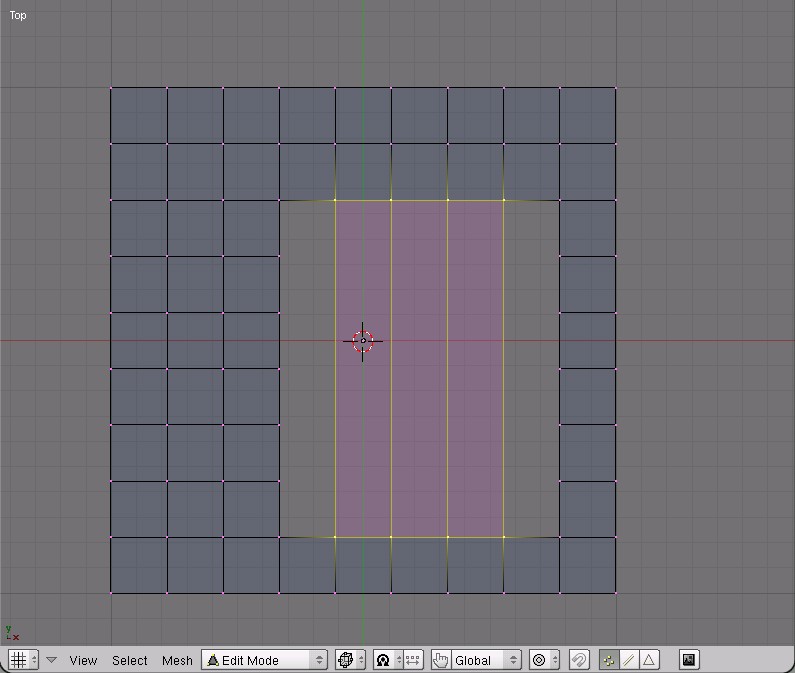 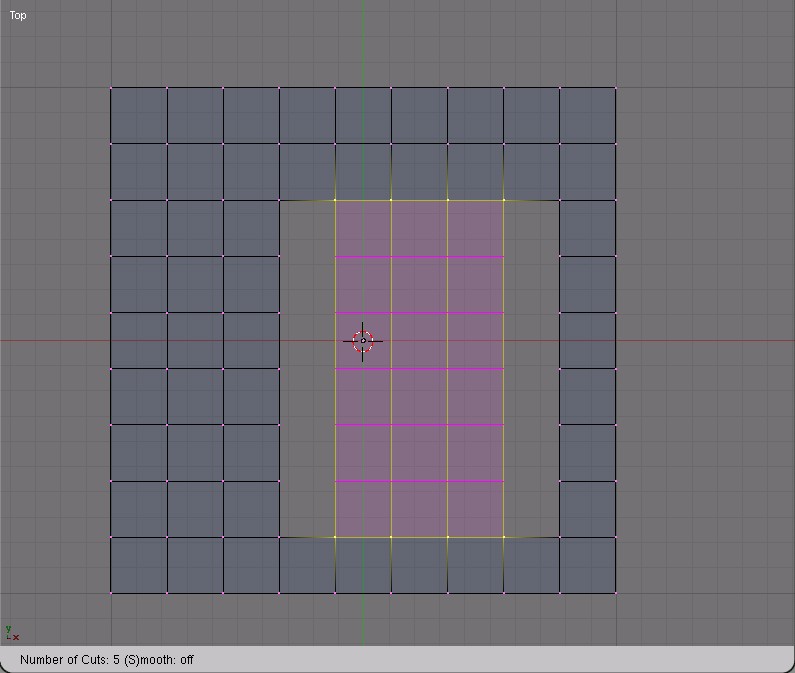 Do a ctrl+r loop cut, with five cuts (type 5 or use the scroll wheel on your mouse) 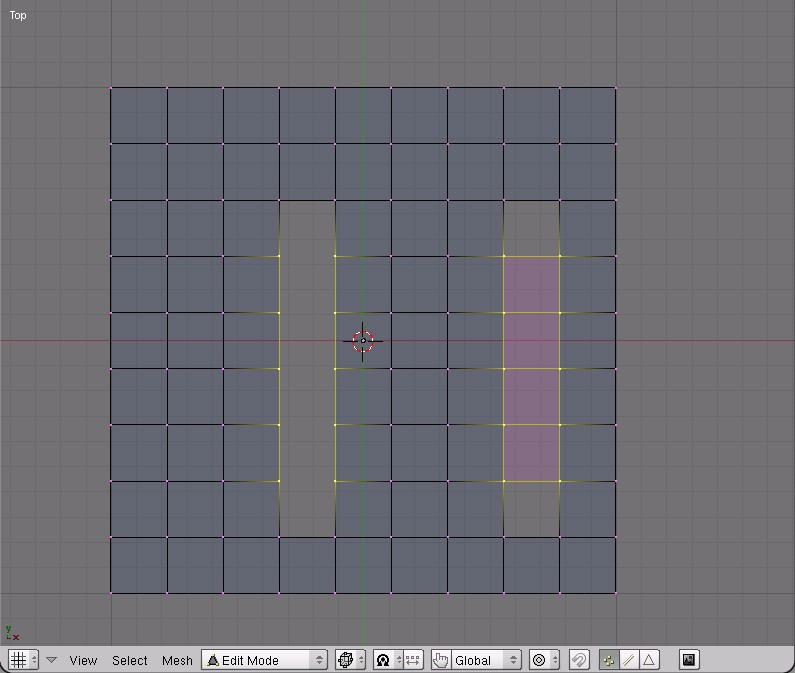 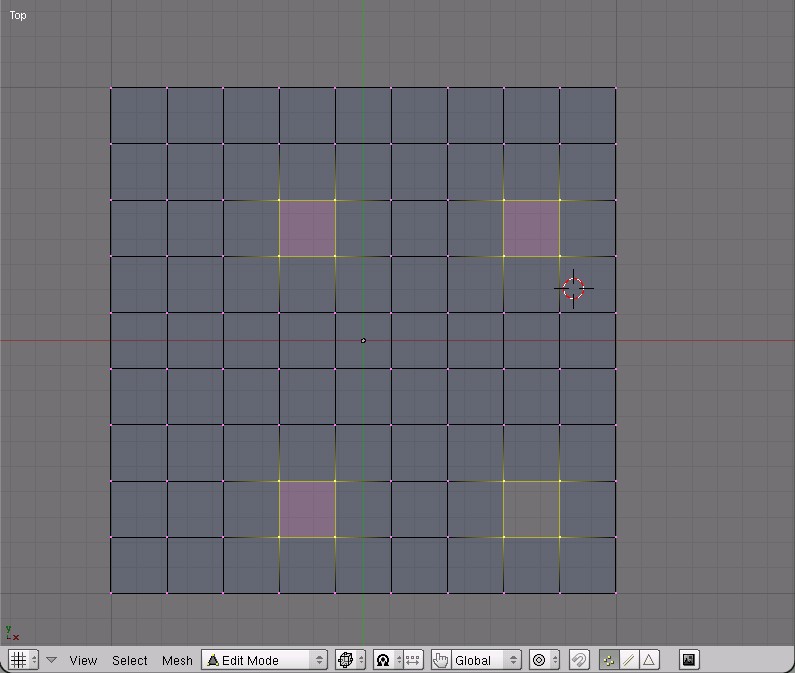 and finally fill in the remaining quads.

We should start a contest to see how many different ways there are.

Here’s my crazy man’s idea. You are already in edit mode, no vert selected.

Click in the middle of the hole.
Add->Mesh->Plane. The 4 verts are selected

K->Multicut->4, then click and drag down.
K->Multicut->5 then drag across.
Box select all of the new plane
Scale it up and grab so that the graft overlays the existing verts.
Select All and Remove doubles

you guys are fast. Thanks for the help.

Along the same lines and perhaps a little crazier (assumes it is a default plane that was subdivided 4 times.)

omg, there’s an Add -> Grid! I don’t think I’ve ever used that. all this time I’m doing the add plane subdivide stuff. I learned something today. Now if only I can remember it. I like the selecting the outline first and then snapping; it automatically centers the cursor perfectly. good idea! 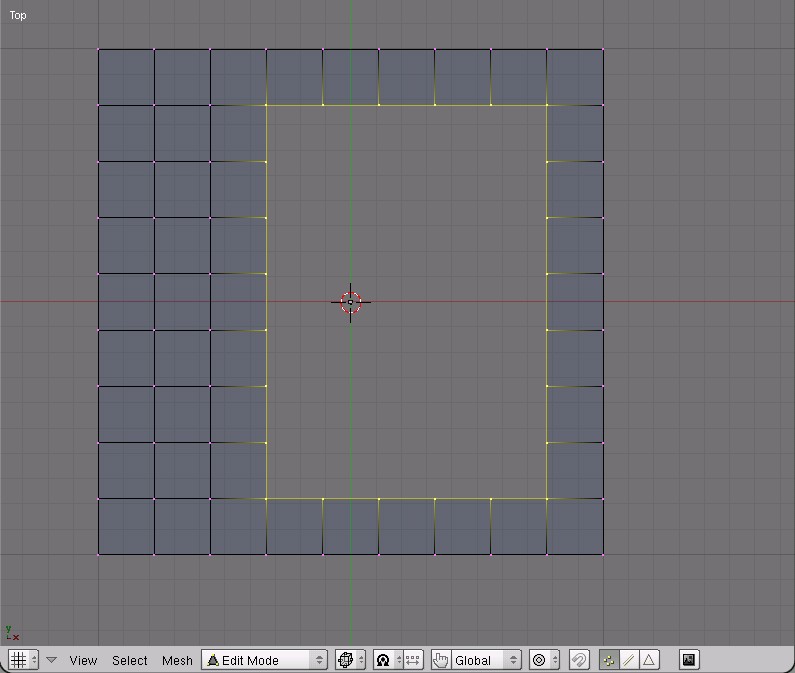 Select the verts around the gap (alt+RMB) 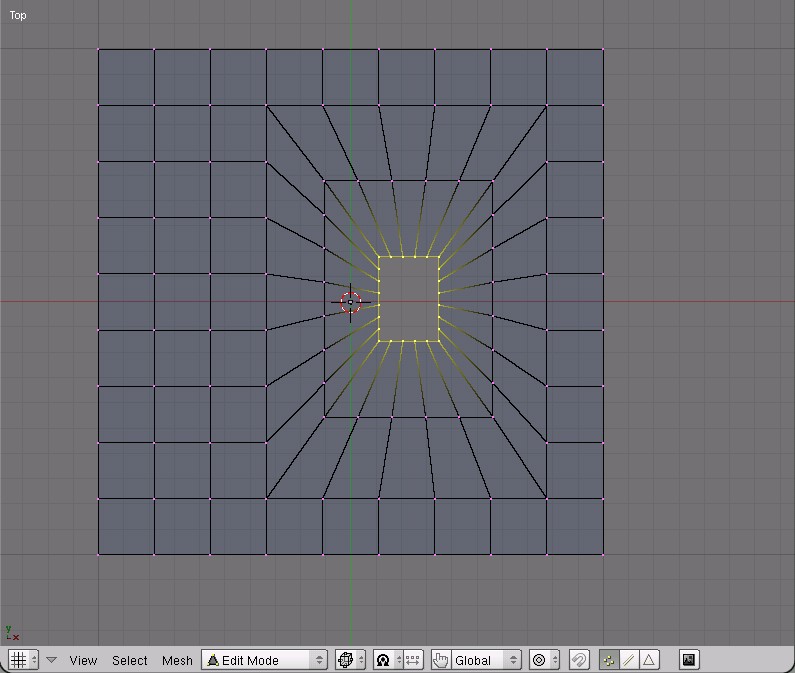 Extrude edges and scale in a couple of times (e>>Only Edges, s) 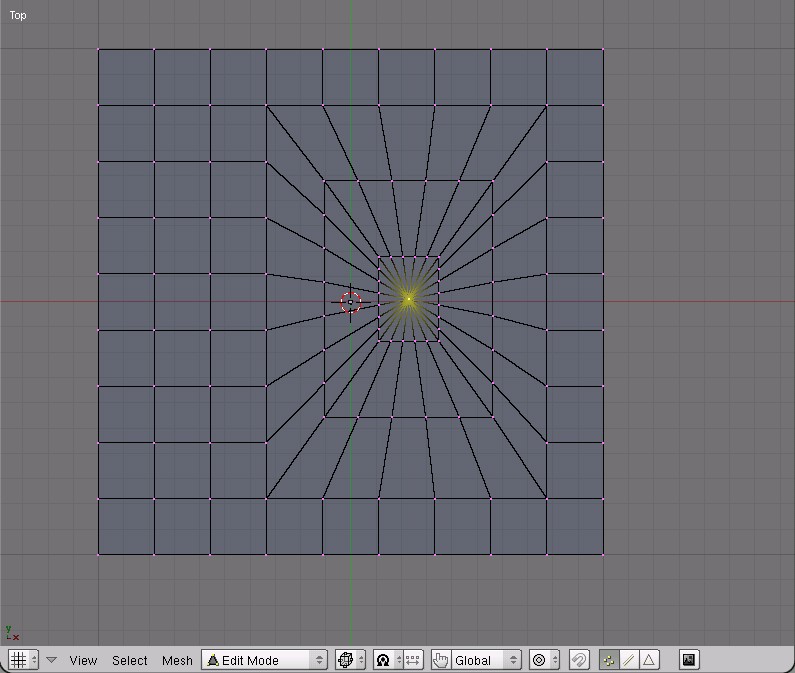 Close the hole by merging the last extrusion to center.(alt+m>>At Center)

Its not a grid, but it fills the hole nicely.

Cool! me like games too.
Never even thought about just using a grid.

I’d have just used duplication myself without thinking of the grid primitive.
A little something like this: 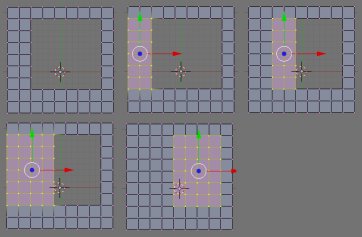 The grid solution: I had a different size hole than the given problem so … my instructions were off. In atonement I offer this solution.

Select the four corners of the hole
fkey to make that a face
cut that (selected!) face using Knife (exact) and the outside grid as a guide:

Here is a shot of the inserted face and making the first cut.