How do i get the alpha channel from a render?

I’m trying to get the alpha channel from a hair render i made for hair cards, but i only can save as image the base color 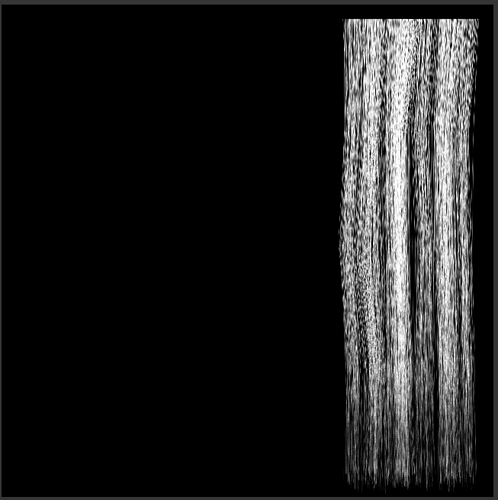 can anyone help me?

I hope I understand correctly:
There is a node in the compositor/node editor called “Seprate RGBA”. It separates each of the 3 colour channels plus the alpha (transparency) channel. You can also combine the channels together with the “Combine RGBA”, which is the exact opposite. You can choose which channels to modify individually, and also combine back together only selected channels.

Hello, thanks for answer so quickly

the only thing i want is to save the alpha map in .png, i already have the base color 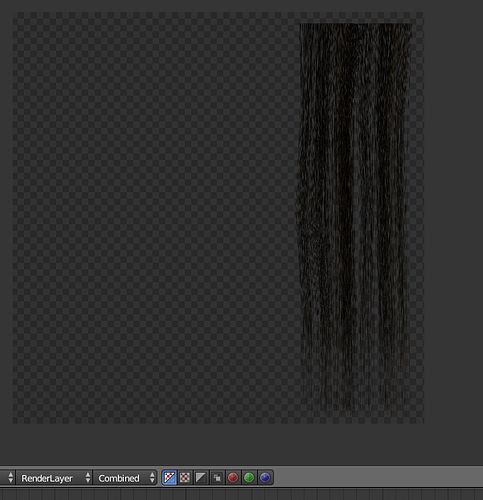 So, what’s the end result you want to have?

this is the render i got, and I export it as png in Image - Save as image, but the only thing i can save is the final result, i cant save the alpha map, which is the map i want (png) 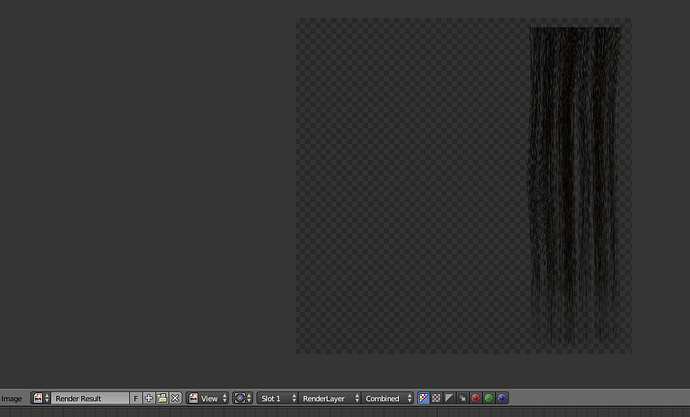 You already have what you want in the alpha channel of that image. You should elaborate on how you want to use the end result. For hair card this is fine: RGB: Base Color, A: Opacity. As @unyxium said, you can repack the channels of the texture in the compositor any way you want, or you can repack it in an image editor program. Just say exactly how you want to use the image, since you don’t seem to know what you’re doing.

You alrealy have everything in one texture. RGB: Base Color, A: Opacity. If for some reason you need opacity in a separate texture, open the image in an image editing software and extract the alpha channel or, as stated in the first response, you can do it in Blender with compositing nodes by connecting the alpha output of the render layers node to the image input of the composite node.

As they have said, you can configure the compositor to output the different channels as image files. The setup looks like this: 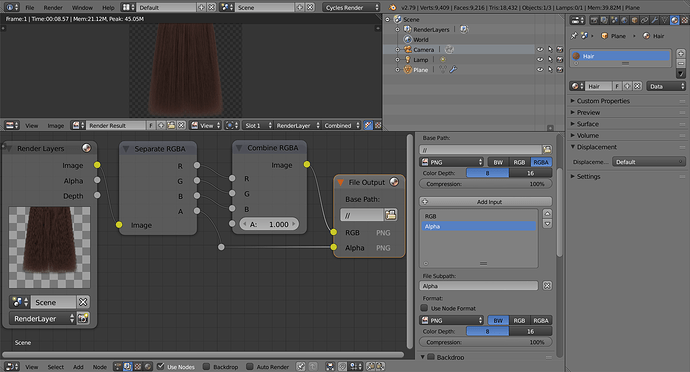 Here is the blend if you want to inspect it: hair.blend (3.0 MB)

I have that set to output them in the same folder the blend is saved to, but you can point that to any other location you want.

Thank you guys so much!