How do I get these parts back together?

Nevermind I fixed it before this thread got approved. I ended up just deleting that region and redoing it and the problem disappeared.

Will be sure to use that weld in UV editor tool sometime though.

Just started 3D modeling, have never really done anything like this before. I’m trying to make a simple practice map using UDK and other free programs to better understand the processes involved in mapping.

Below is a picture of a screenshot of a game called RuneScape, which is what I am basing my map on due to the relatively simple nature of the models in that game. 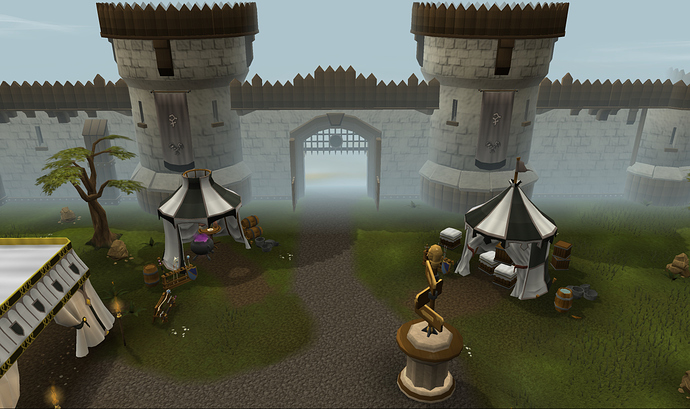 I downloaded Blender, watched a bunch of tutorials and got to work making one of the towers that you can see either side of the gate. Here is what I have so far: 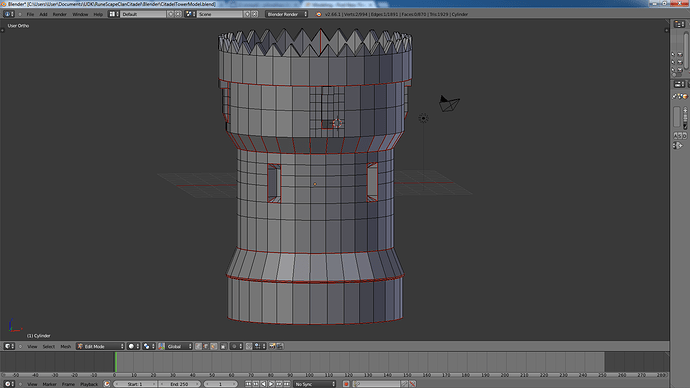 My problem?
As you can see I have went about marking seams on the object for the UV map, but a part that I wanted to keep connected appears to have been made their own island in the UV map.

The problem area and its’ UV map: 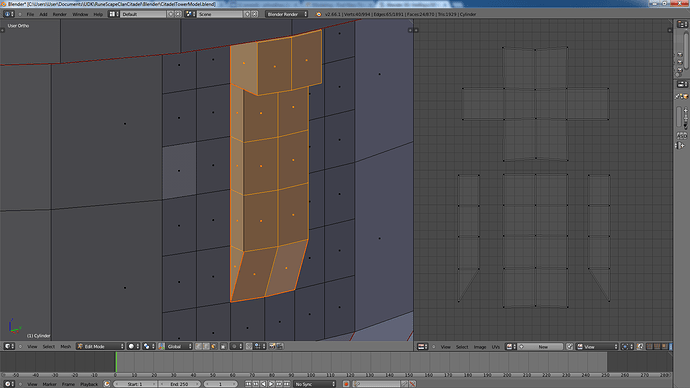