How it feels to close your eyes in the shower for 0.3 seconds

Hey there! It’s been a while since my last post so I thought I would show one of my recent scenes with a little breakdown

I remembered that, especially as a child, I often felt quite uncomfortable when closing the eyes in the shower so I made this little scene as a sarcastic and exaggerated expression of my feelings 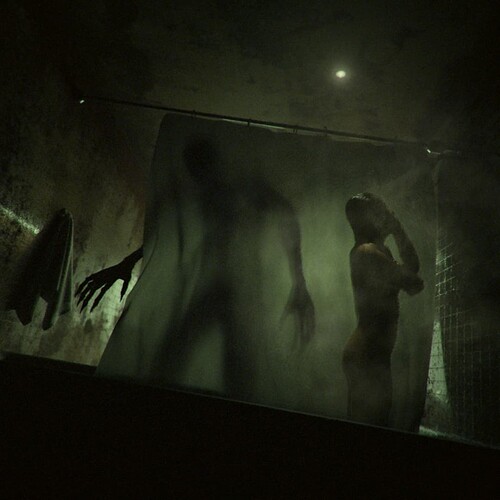 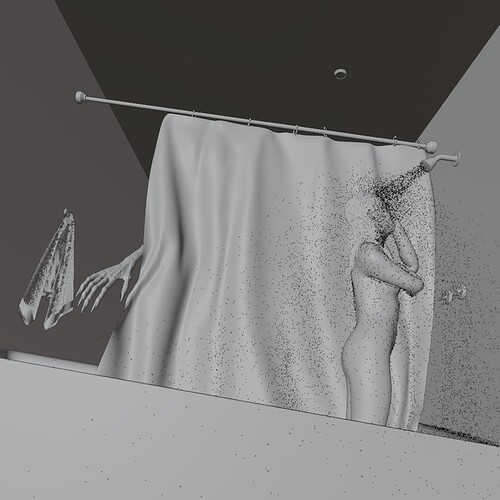 The most fun while also being the biggest challenge was figuring out the right composition and lighting for this shot. I knew that I wanted the creature to appear only as a silhouette (except for the hand) so when sculpting it, I didn’t put too much effort into details and focused on the main shapes. My main source of inspiration was the Demogorgon from Stranger Things. 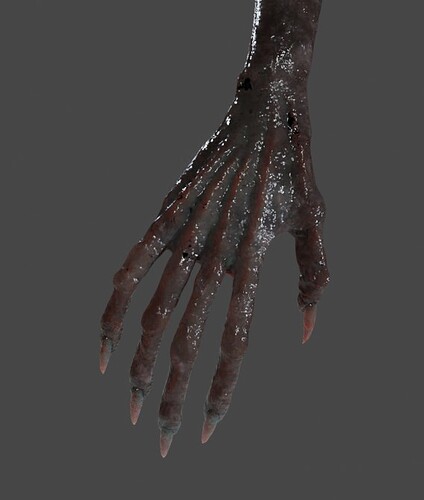 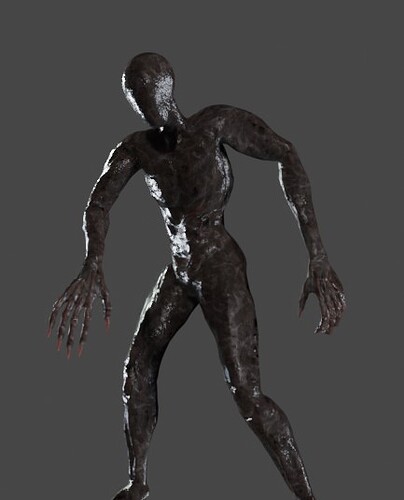 creature434×536 21.9 KB
I spent a little more time sculpting details on the hands. Because I knew that this would only be a still image I didn’t bother to retopologize the sculpt and just rigged the heavy poly model for posing.

Despite not being very noticeable the scene uses some effects, like a particle emission for the water coming out of the water, as well as a cloth sim for the towel with some hair on it. 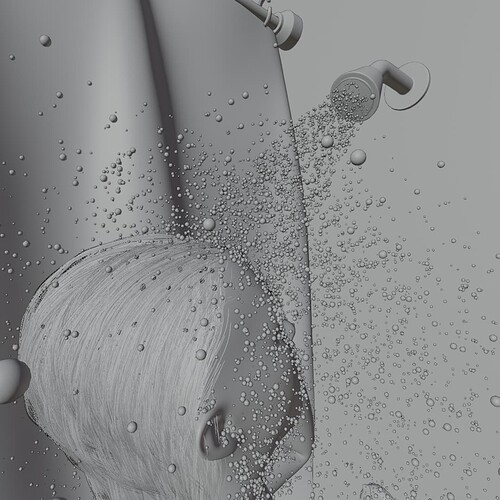 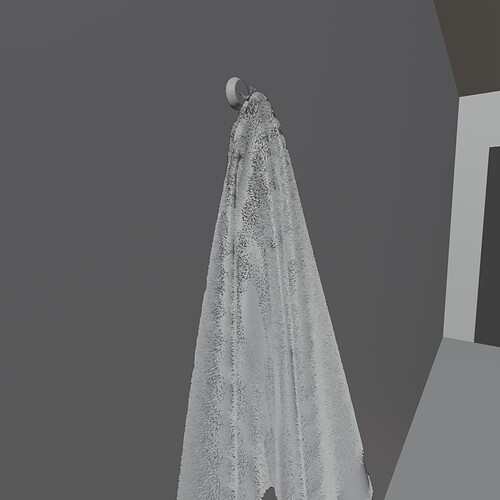 As I mentioned the lighting was quite challenging. Obviously the key part of the shot is the shadow of the creature so I had to get a strong pose for it. To work out the silhouette I used quite a strong area-backlight mimicking light from the appartement falling into the bathroom. Additionally I placed another arealight in the bathroom to increase the intensity and add another angle to the light. The third light I used is a spot light directly about the lady in the shower highlighting her hair and shoulder since I wanted her to pop out a little instead of just blending into the dark. 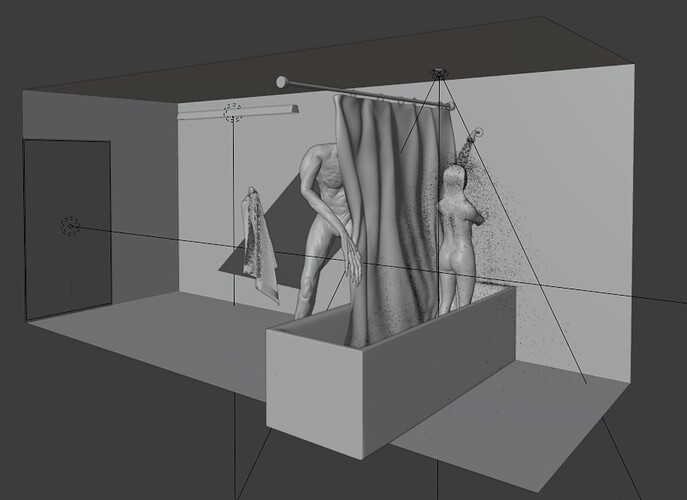 Last but not least I composited everything together in Nuke and graded it in Resolve. Steam, bloom and lens effects were also added in comp.

Let me know what you think, I appreciate your feedback!

This pic is based on a true story, people. I once closed my eyes for 3 seconds in the shower, and got jumped by C.H.U.Ds.

I love this! I’m a huge fan of horror and the sickly green color you have going on works so well along with the camera angle slanted like that. Although now I may never close my eyes in the shower again because that creature is super terrifying.

Thanks! Haha, I’m glad my bathroom has windows because windowless bathrooms really creep me out

So what you’re saying is, I’m not paranoid?

Amazing. I love this still image. It’s so cool you can have a scene with very little in it and it all comes alive with the right lighting and materials. If I can ask, what is the makeup of the material for the shower curtains?