How to avoid texture repetiton ? (of not duplicated object)

before posting this topic I’ve done some researches for hours (imho not few)
I’ve found blender guru’s video and it was not really helpful for my case since
I am not making a natural grass/terrain, I am trying to making a wall

I’ve found another guy’s video he was explaining about texture randomly applied on
duplicated object/separated object and again , it was not helpful for me because my wall is one object
(do they need to be separate objects ? hmmm I really don’t know if it has to be but I don’t think it is necessary) 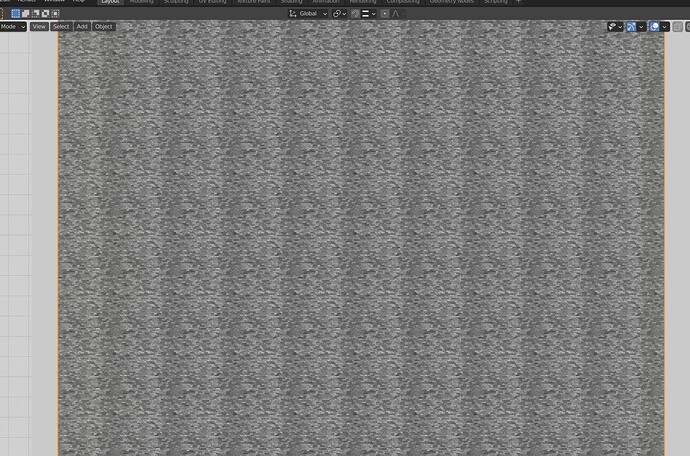 repetiion 1.PNG1920×1271 353 KB
So this is my wall in question one flat face with image texture of brick applied on it
and we can see clearly the grid pattern repeating 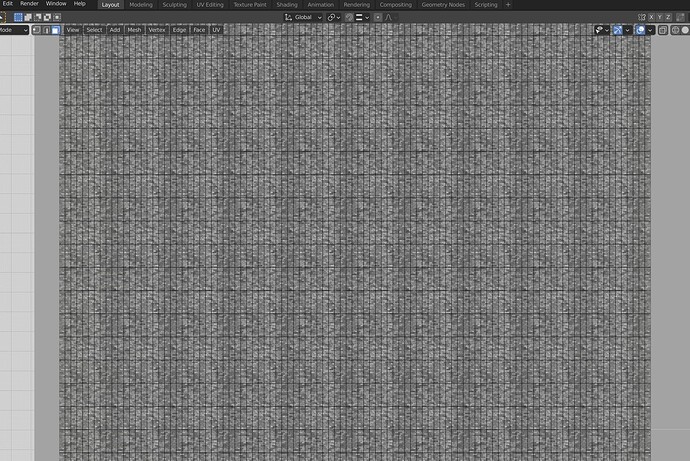 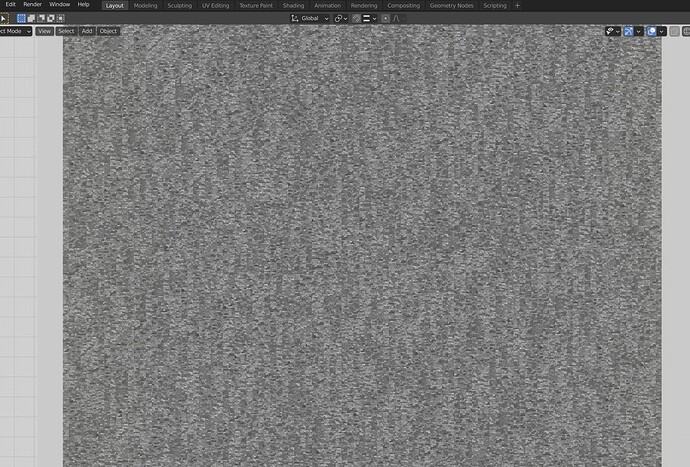 repetition 3.PNG1920×1301 373 KB
I’ve separated the subdivided face by loose parts and now the grid pattern is kinda gone
and I like this but !

why ? because it is the first idea passing by my head, me a blender noob
and it is causing lot of lags because I’ve subdivided and separated a huge face into multiple objects

Hi,
Patterns it’s a way to make seamless texture with any size. If you want to get rid of pattern repetition you can scale your UV or you can change shader mapping scale.

You can also try this technique here: (either program it yourself, the tutorial is quite good, or buy the addon):

Thank you for the reply

if there were no human to compare with the wall, there is no way to know
the true scale of the object until the creator says/writes the size of it
in that case we could use this technique (when we have only one wall !)

but if we have one human, we can estimate the size of the brick by comparing with the wall
(brick texture applied) and human. And we know that mostly the brick size doesn’t vary much and their size aren’t bigger than a human’s head but if we apply this technique, the brick’s size is going to be
bigger than the human’s head and it is going to be looking so unnatural.

Even we don’t have one human to compare with the wall this technique is also unusable when we have 2 walls of different sizes. Imagine the scene with Wall A 2m x 2m and Wall B 20m x 20m
Their brick size are going to be noticeably different (x10 times of difference !)
(It’d be like a kind of optical illusion if we put them on one line)

Thank you for your sharing your idea but I think it is not going to solve my problem
Anyway Thank you very much !

This is the solution you are looking for.

Hello again LordoftheFleas
Thank you very much for helping me most of times ^ ^
but … should I really do all of these to avoid the texture’s grid pattern on one huge face ?
I think this is not normal at all …

If that’s the only solution I’ll have no other choice but !
oh wait … It’d rather use my technique of
“subdividing and separating” instead of that… It looks so much complicated to me
(Yes I need to learn but for a blender lvl1 noob like me his thing is lvl 10ish I need lvl2~5)

Thank you for your suggestion I am going to try your solution and see if it solves my problem
Like I’ve written on the original topic above, I’ve seen Blender Guru and another people’s node group and their work were really good but was not applicable to walls (because … it is not natural to make a wall with bricks rotated xD)

For brick walls you can shift the texture depending on the shade of grey instead of rotating it. I recently upgraded the node in the example to include shifting. Allow me to dig it out.

Thank you very much for helping me and sharing your knowledge sure, take your time I am not in hurry !

Here’s the example with the upgraded node setup. There are three planes in the .blend file, the one on the left shows a brick texture with repetition. The other two show the same brick texture, but without repetition by using two of the different outputs of the node tree.

I just tested it and it is not perfect but it is near perfect (if we don’t see it zoomed) and very awesome ! I will wait few more days just in case and if I don’t get any better answer I’ll tick your technique as the solution thank you very much !

Here is the method I’m using: 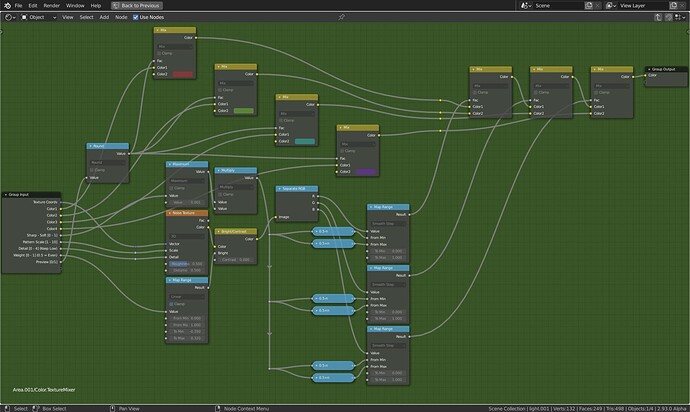 TextureMixer1920×1149 145 KB
Color1-4 gets the image texture at different scales, rotates, and mirrorings.
It also has a preview mode where you can see how they get distributed.
Blending the results has some advantages over noise mixing coordinates.
That is especially true if you use it on bumpmaps.
1 Like
patrickjayjapan November 28, 2021, 10:25pm #13

Oho ! I haven’t tried this method yet but I see what you mean and it looks like the closest method I was looking for ! Thank you very much CarlG ! I’ll try it and reply later

Actually it’s impossible to remove the repetition completely. But you can do more things to further improve the untiling process. Like if you have another similar brick texture, you can use it with the same technique shown in the example and then mix both textures with a procedural texture serving as a mask. If you only have one texture, you can create variations from it like flip it upside down or slightly changing its color. The sky is the limit.