anyone can explain how to use the new bisect tool

and the other one for split coplanar !

that will be very usefull for complex 3D shapes editing

is it supposed or only on single faces thickness?

It works on selected faces. After inset, select all or only faces you want bisected, and it bisects them.

can you confirm this is a bug 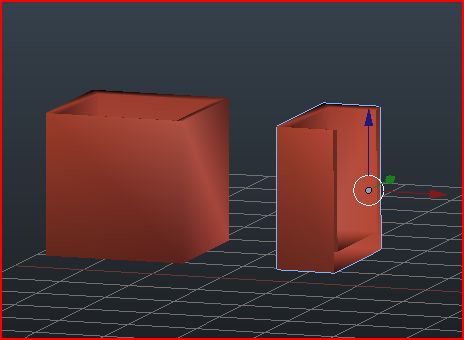 What was your procedure to get there?

edit: If you select ‘Inner’ or ‘Outter’ like in Richard’s demo, you will lose half.

so if you select inner or outer then it will erase verts!
i tought i was only to show some parts of the mesh not erase verts!

so this would be like an advance knife cutter!

Advanced? The bisect tool cuts through in a straight line. The knife retopologizes. The bisect is really good at what the knife tool has problems with and vice versa.
A really nice feature is that it’s now incredibly easy to make a cross section of something by deleting both sections. The bad news is that you can only make one.
Few unpredictabilities on partial selections. Best use the knife for those.

this remind me of the old plane knife tool in 2.49
which is good to have at hand now!

It looks like a tool that should be in the object panel so you can animate properties over time, thus we would have a revealer.

Awesome tool!
Works great with meshes that have many polygons and poorly optimized, such as meshes I do.
I had suffered a lot trying to cut complex meshes with Knife tool or by selecting edges.

Thanks to the developer!

It looks like a tool that should be in the object panel so you can animate properties over time, thus we would have a revealer.

I wonder if the code of this tool could be used to improve Knife Project and Boolean Modifier. Would be nice if the “cuts” of these tools were as clean as the bisect tool.

modifier would be nice

would prefer to have angles

well you could simply change the subtype of the op prop i guess, or convert axis angles to vector…

Well, it works so cleanly because it is only doing a plane, nothing else. And as I mentioned it works best when you select entire objects. But when you say you want angles if you mean you would like the faces to be preserved you can increase the factor to either cut a straight line or to follow the existing topology or somewhere in between.

Also, did you mean ‘Split nonplanar’? You have to make a selection containing faces first and then this will triangulate the non planar faces. Since you will lose your quads it’s sort of a last resort thing… Blender will triangulate all quads anyway at render time.

2 - co planer split
but how and where do you find this new tool ?
would like to know i fthere is a script to find show and may be correct all co planar faces in a mesh if it is possible!

@Ricky Good luck and have fun

+1 i think that makes more sense.

If you are thinking of using it as a ‘revealer’ you can just use a difference Boolean and animate the objects - both bisect and Boolean leaves the same kind of topo so the problems will be similar. If I am not terribly mistaken, this was one of the reasons that Boolean was made a modifier instead of a modeling operation.