How to Change the Frame Rate

Yes. You’ll have to re-render the animation.
But the animation will play for the same amount of seconds in real life. 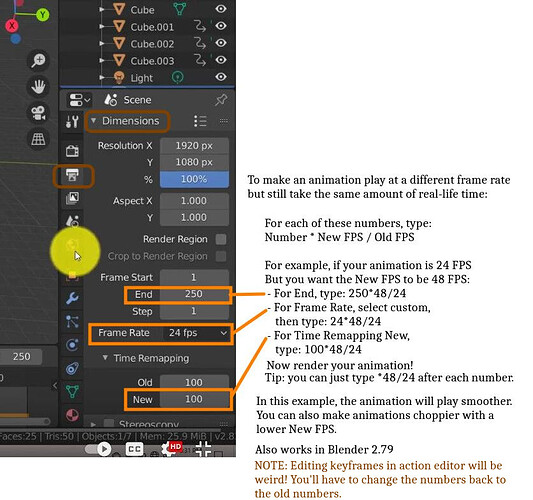 And just in case the pic can’t be found years later,
here’s the instructions typed out:

Multiply three numbers by * New FPS / Old FPS.
Where New FPS is the fps that you want.

You want to multiply these three numbers in Blender:

Re-render the animation and voila!
The animation will be smoother in your case.
(unless your computer’s too slow to play videos at a higher fps).

Note: this will make editing keyframes in action editor weird!
You’ll probably have to change the numbers back to the old numbers if you want to edit them again.

This also works for rendering an animation at a slower, choppier frame rate.
Also works in Blender 2.79