I have a model that has some oil runs and drips, and I want these to have some depth as if they are some viscous liquid.

Here is the sort of look I am after for: 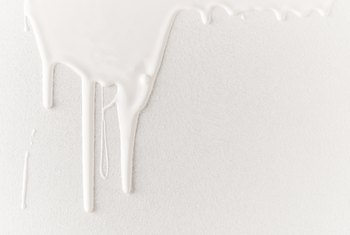 Here is a preview of what the model looks like without any bump or normal mapping for the drips: 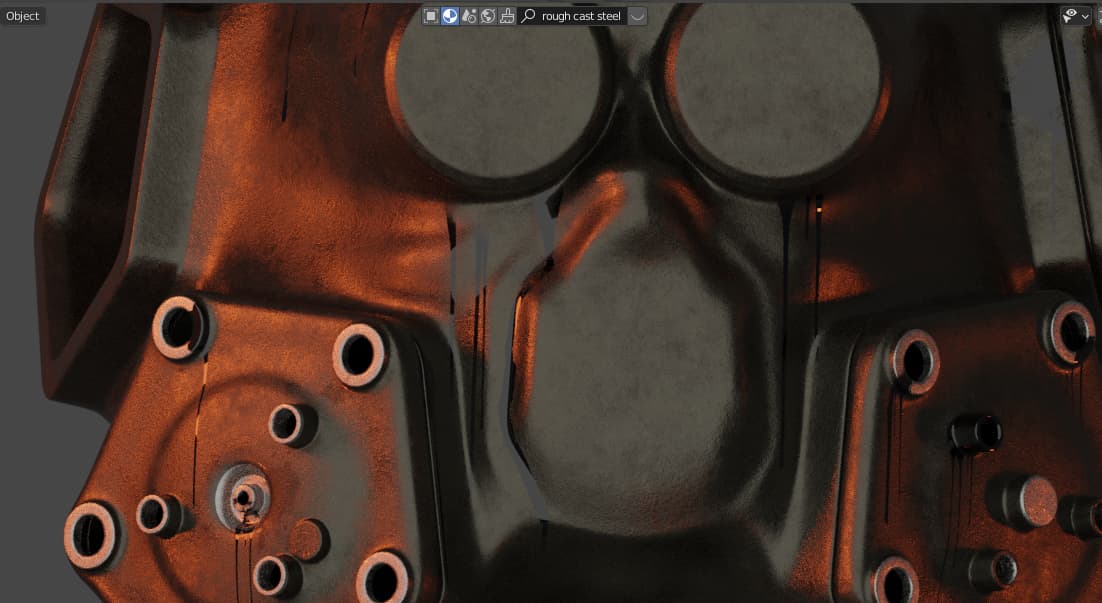 The shader setup is quite simple, and consists of a two principled shaders connected to a mixshader with a texture paint mask as the “fac” (to control where oil shows). The oil run texture is a simple jet black principled shader with roughness=0 and clearcoat =1 (clearcoat roughness= 0). I added clearcoat as this looked better than just setting it to roughness 0 without it.

I actually want something a little exaggerated from life, as the helmet and runs are obviously only a small part of the finished poster.

I tried first of all just hooking up the texture mask to a bump node - didn’t expect this to really work, and it doesn’t. I then tried just exaggerating the black and white texture edges (edge detect etc in gimp) and using this as a simple bump map. Didn’t achieve much.

I then tried something I’ve had workable results with before - a “pseudo” normal texture. I applied the texture mask using a displacement modifier on a highly subdivided plane, which created the drips as real 3D features. I then did a simple viewport render from above using the “normal” matcap to produce the image below. The drips are raised and correspond to their UV position, so they should line up with the black oil drips. I also tried making a normal map in gimp as a comparison (it’s a little different, but neither give good results).

The pseudo normal map didn’t do much, but the “proper” normal map in Gimp gave me this: 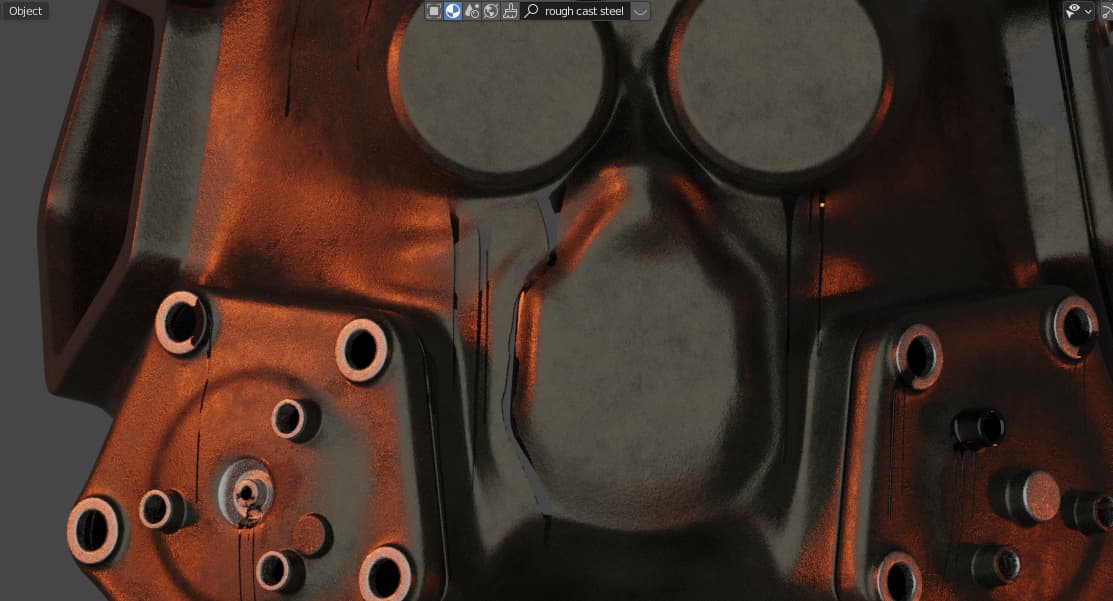 Which is maybe…1% better? I think you can see a tiny improvement in the run going down the side of the mouth area, and some of the other runs around the eyes.

[Edit] I should add, this does give weird artefacts at the edge when viewed out of cycles (it’s already an 8K texture, I don’t want to go higher and higher to smooth it out).

Any thoughts? I’m probably missing something obvious. This has to be do-able with a texture right? 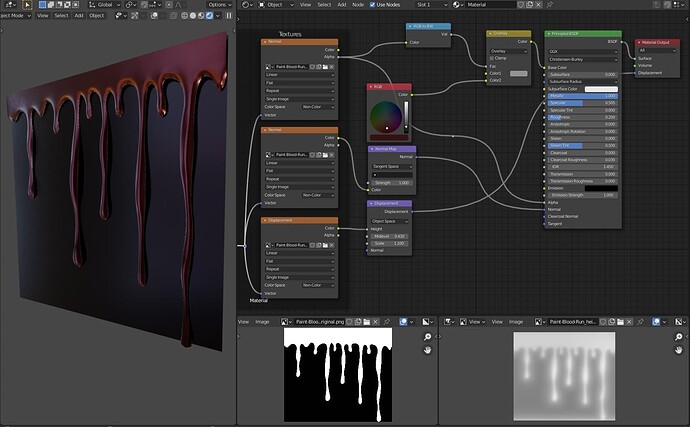 Good shout, I’ll try that and see how I get on…

[edit] It’d be great if that program had any sort of basic manual. I can’t even load an image in apparently, and all of the youtube tutorials seem to have others with this problem. Seems like a dead program?

I’m not sure how this will fix my problem however anyway, as the original images are flat, and lack that 3D appearance. I might just keep trying with the normals method until something works… 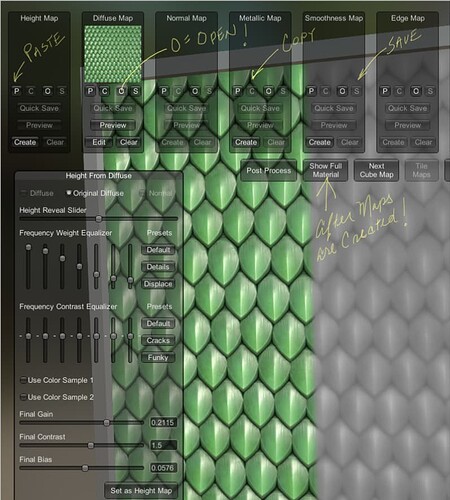 Full Material Preview after the maps are created… 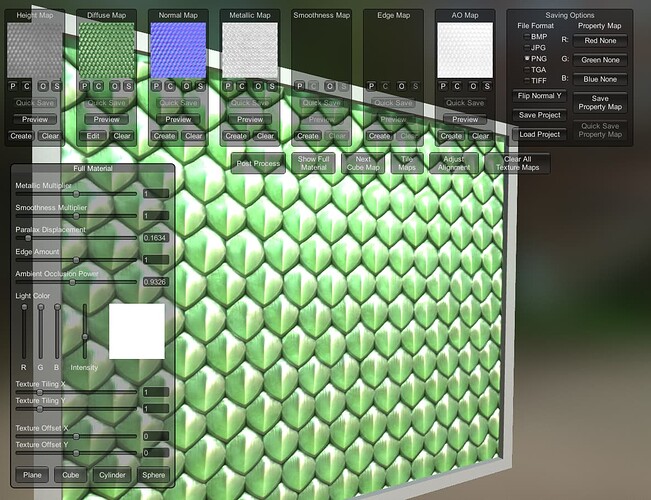 Note: Since you have a Normal ( and I assume a Diffuse) then you could Open your diffuse and then open your Normal Map and then create the Displacement from them…It would get very good results!

Ah, jesus. No wonder so many people get caught out. A strange UI design…

Yep…I spent a long time playing with it just to figure out how to open the image…
Happy Blending!

Well, sadly I seem to have a common issue where it simply wont open images at all (I see various threads on github about this). Tried all the suggestions, still won’t open any images.

Oh well, I suppose it’s useful if you can get it to work

Are you sure you Have Microsoft Visual C++ installed? That is one of the major problems that people have if it won’t load images… HERE
Also, make sure you don’t install to Program Files…I usually install stuff like this to a Tools directory on a separate drive… give the program admin privileges ( run as Admin in its properties…)