How to do Greenscreen on input file and have SOUND in the output?

Hi all,
I’m working on a little youtube series and I’m using a greenscreen and my webcam to shoot the video. (I know, terrible video to start with) The input file has the dialog in it but when I do the greenscreen using the Motion Capture (for masking) and Compositor (for Green Screen), the output file doesn’t have the audio. It doesn’t matter what output format I use. I’ve searched the forums and used the recommended output types for output format to get the audio output. The file actually seems to have an audio track, but it is empty, its not the audio from the input.
I need to know how to include the audio from the input file with the output file.

This wouldn’t be a problem to put the audio back together in a later step, except that the webcam only shoots at 1/2 NTSC framerate, which is 14.98fps. Blender will output 15FPS but not fractional, as far as I can figure, and that means that the video goes out of sync slowly.

Is there a way to add the audio in?

Do you mean to just add the audio in the video sequencer? Otherwise, I don’t know how to add the composition to the VSE.

Do you mean to just add the audio in the video sequencer?

This is how I would do it. 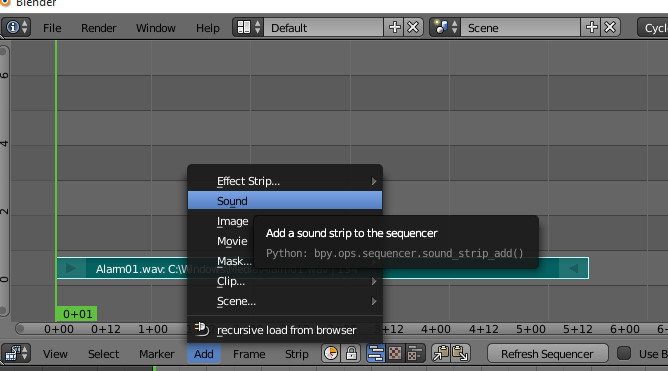 You could add the original footage with sound in a VSE scene (of its own), then create another scene for the compositor with the matching frame rate.

Then add the compositor scene to the VSE scene as a strip. Simply match the shots over the original video. You could alter the scene strips blend value to be 50% transparent to check sync. Then change it back to 100% opaque to render.