How to fill an object with curve/splines using Geometry Nodes ?

Such effects are possible by using Exta curves addon [Add > Curve > Knots > Bounce Spline] and by animation nodes addon [As explained in this tutorial: https://www.youtube.com/watch?v=K3CwKkiJZN0]

As the Geometry Nodes was added into Blender 2.92+, I was thinking if such results are achievable using Geometry nodes?

This can be theoratically done by these methods:

If Geometry Nodes do not allow manipulation of Curve’s control points procedurally then a line with adequate number of verts can be used to fill in the edges between the points created in method 1 by a similar transfer of position attribute from points to verts of the “line” object. This can then be smoothed out using Subdiv node. Then, a “Skin Modifier” followed by “Subdiv surface” modifer can lead to a similar visual result.

The problem is that Blender Geometry node system seems not to allow transfer of attribute from one object [curve or line] to another object [the main object to be filled e.g. Suazzane] 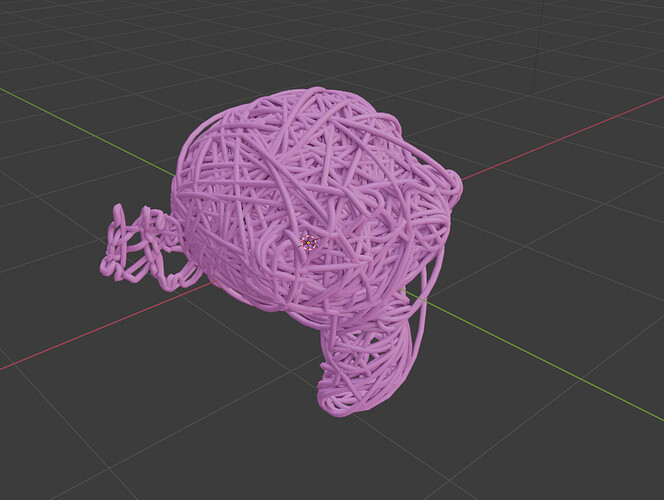 The procedural geometry generation is extremely limited at this point. Creating and modifying splines isn’t currently available in geometry nodes.

But I’m sure this will be possible at some point. Just gotta be patient.

How about using the second method i.e. Using a “line” to draw a visually similar geometry

It’s still pretty limited for mesh generation too. You might be able to get something done, but I bet if you wait 3 months, it will be much easier to do this.