How to make a camouflage texture?

I would like to have a texture similar to the 6 color desert camouflage uniform.
What I have done by now can be seen in the attached picture below.
This texture consists of a material with a basic color.
There are two cloud textures applied with a simple colorband (one side color one alpha). The color is a light broun for one and a darker broun for the other.
The third on is also a cloud texture with a colorband of four colors (white, black, alpha, alpha - alpha 2 times to have sharper edges).

Now, the last texture is much to dense.
How can I make it more spread out as in the reference?

I have tryed a lot of buttons an sliders but where not able to get the effect.

I also tried to go for nodes and aply a stencil to only have the last texture apear in some areas. But that dident work out, the alpha of the last texture seem to get lost in nodes. Maybe this is, because its black/white?

Any ideas, on how to get the effect I like? 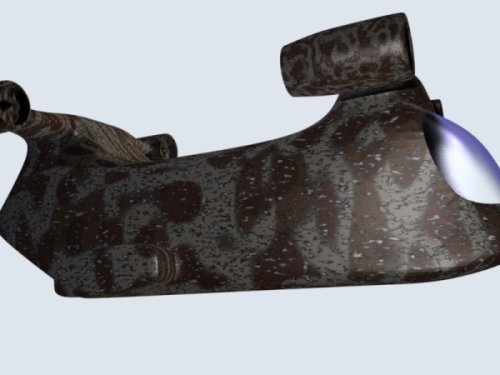 In the material settings for the clouds try increasing the noise size up if you haven’t already.

That scales the distance between the freckels, but unfortunatly their size also.
But I would like the sice of a single freckle, only increase the distance.

Is there a compelling reason to do this with procedural textures? An high res image map would be simple to use, easy to acquire and render more quickly.

Thats the way I decidet to go now.
The initial reason was to learn texturing grin