How to make a foam panel tubing texture for a character

hi, im making a character, his body is made of tubing, the only textures that have a similar shape is tube foam panel textures, and though i downloaded it to see and had a look what it looks like on y character, it turns out that in a lot of areas it cuts off, some of the texture goes in different directions and doesn’t match with the rest of the texture, looking like a completely new texture was just copied and pasted there i want to know how to make this on blender so i can wrap it around the model the way “i” want it to if any support can be given i would be most grateful 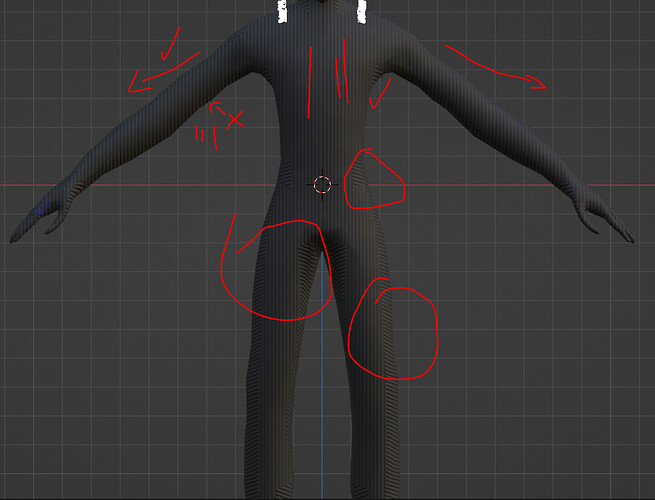 if you see, where i added the arrows, the arrows is the direction i wanted the lines to go, but there going down instead of the side, also on the circled areas, there is where the image is spitting, in the procedural i want to make, i do want just some variation on where the tubs go, but i want them to at leas look like there going underneath the tubing,

at the end of the day, the point of this is to make my character look like he is full of wires and thats what he looks like, complete wires, and i want them to be places the way i want them to be

im sorry, i was only showing what i did first, i need to figure out how to make my own texture in nodes, do you know how to make one?

So you aren’t using images? Some shader nodes? Well then just describe it so one can understand what’s youe probem… Your setup so far would also help to help you…

well, i downloaded materials as i thought if i meddle with them i would get the result i wanted for the inner suit of armour you see here, but it wasnt what i intended, 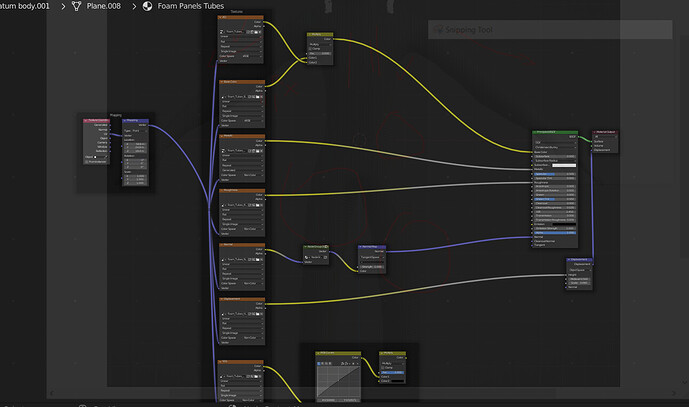 i did not make it, therefore i want to make my own material, the mesh i made thoughonly the texures i didnt. thereare images but there are also nodes i believe

As far as i can see this node setup uses UV-coordinates. So you don’t want to hear this

but you have to learn something about that so you can do this: 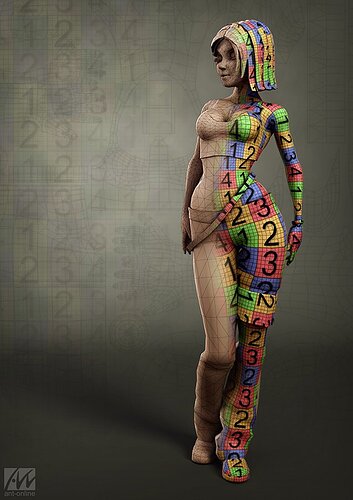 oh dear, i dont want to hear this haha. ooooooh, any recommended easy to learn tutorials??

Oh yeah i used the URL of one image of that Tutorial https://cgi.tutsplus.com/series/game-character-creation-series-kila--cg-31010 but the forum software did some embedding… so you couldnt’ see that…