How to make all texture planes point in one disired direction on a complex shape?

I would like the feathers made from a texture plane to point in the direction I showed in blue arrows in the 3rd image down below (or in the combing of the particles image). That is point in that direction from all polygons (or vertices). Currently the feathers are pointing down.

I tried to rotate the texture plane in the edit mode to see if I could achieve what I wanted but I was unsuccessful.

The combing of the particles also didn’t produce any results. Maybe there’s some setting that overrides my combing? 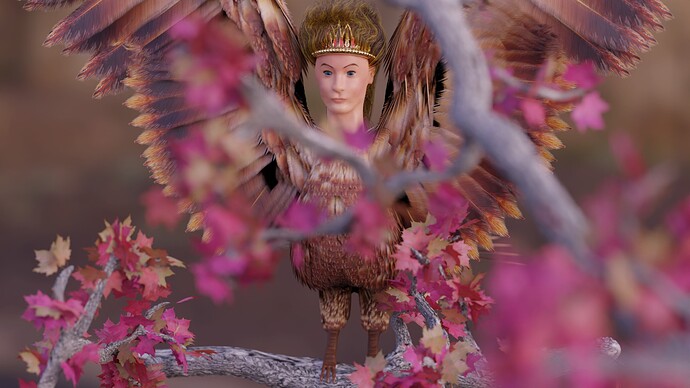 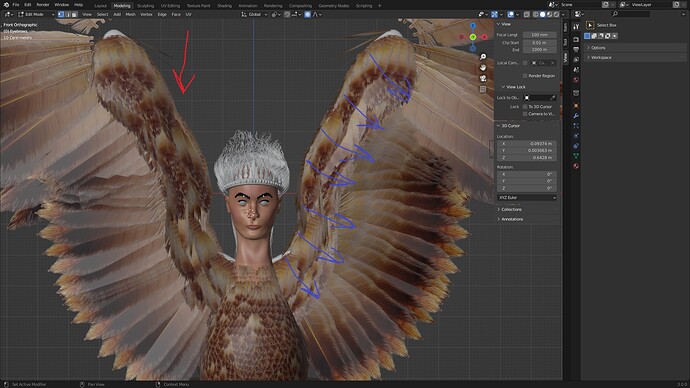 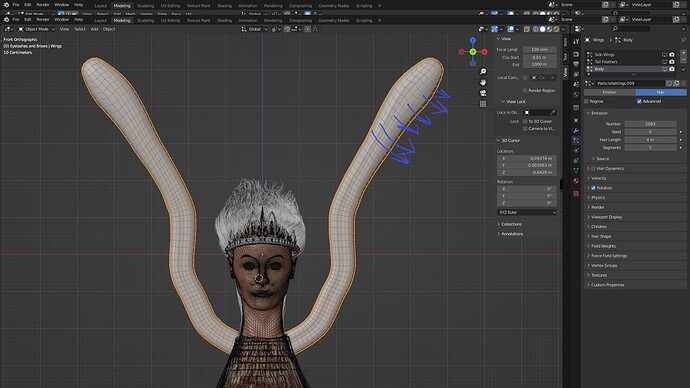 Combing the particles. Once I go to Object mode the texture planes are pointing up (when I uncheck Rotation tab) 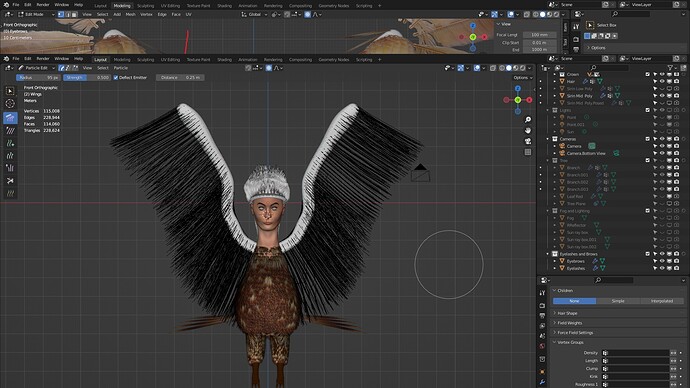 Essentialy I want the feathers to exactly like on a real wing: 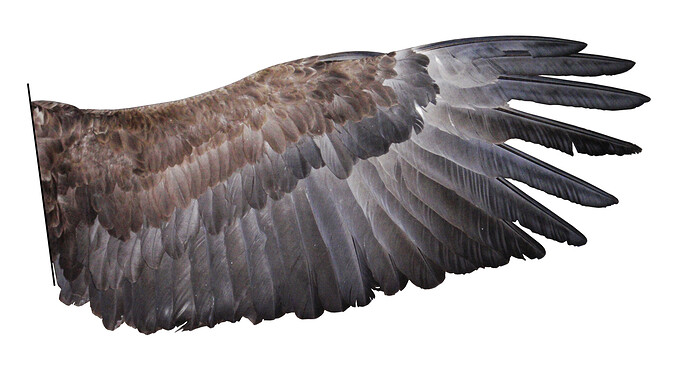 I was able to find a solution to my problem.

In the ‘Render’ tab of the object to grow the feathers from I had to set ‘Render as’ to ‘None’.
Then I added the ‘ParticleInstance’ modifier to the feather plane. There I chose my Wing object and its particle system. I had to check ‘Create Along Paths’ so that the feathers started to follow the combed paths.

Now, there were some strange results when the feathers pointed in the correct direction on one side and in a totally different direction on the other side (which was mirrored before) and it turned out the way the Wing object was modeled had something to do with that. I had to recreate the Wing from a new cylinder, but this time I didn’t use the Mirror modifier. 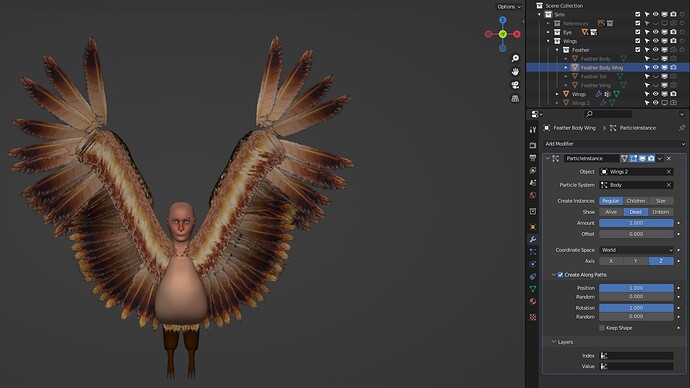