How to make anime eyes? They look like fetus eyes and not 100% female

Hi. The eyes of my model look like fetus eyes. Do you have a link or an explanation on how to make anime eyes. I’ve already explained in the image that the borders of the eyes are pulled and the areas closer to the nose are pushed but I don’t know how to solve it, because if I pull the center then there are big holes. The reason it’s very difficult to model an eye is it’s wrapped to the eyeballs. 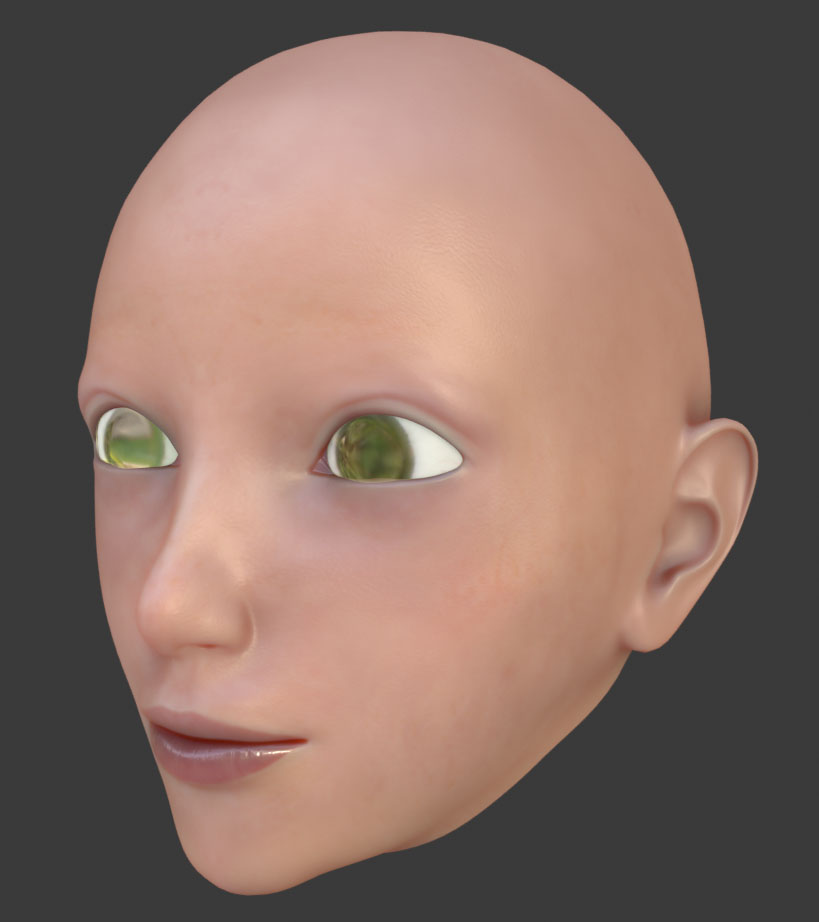 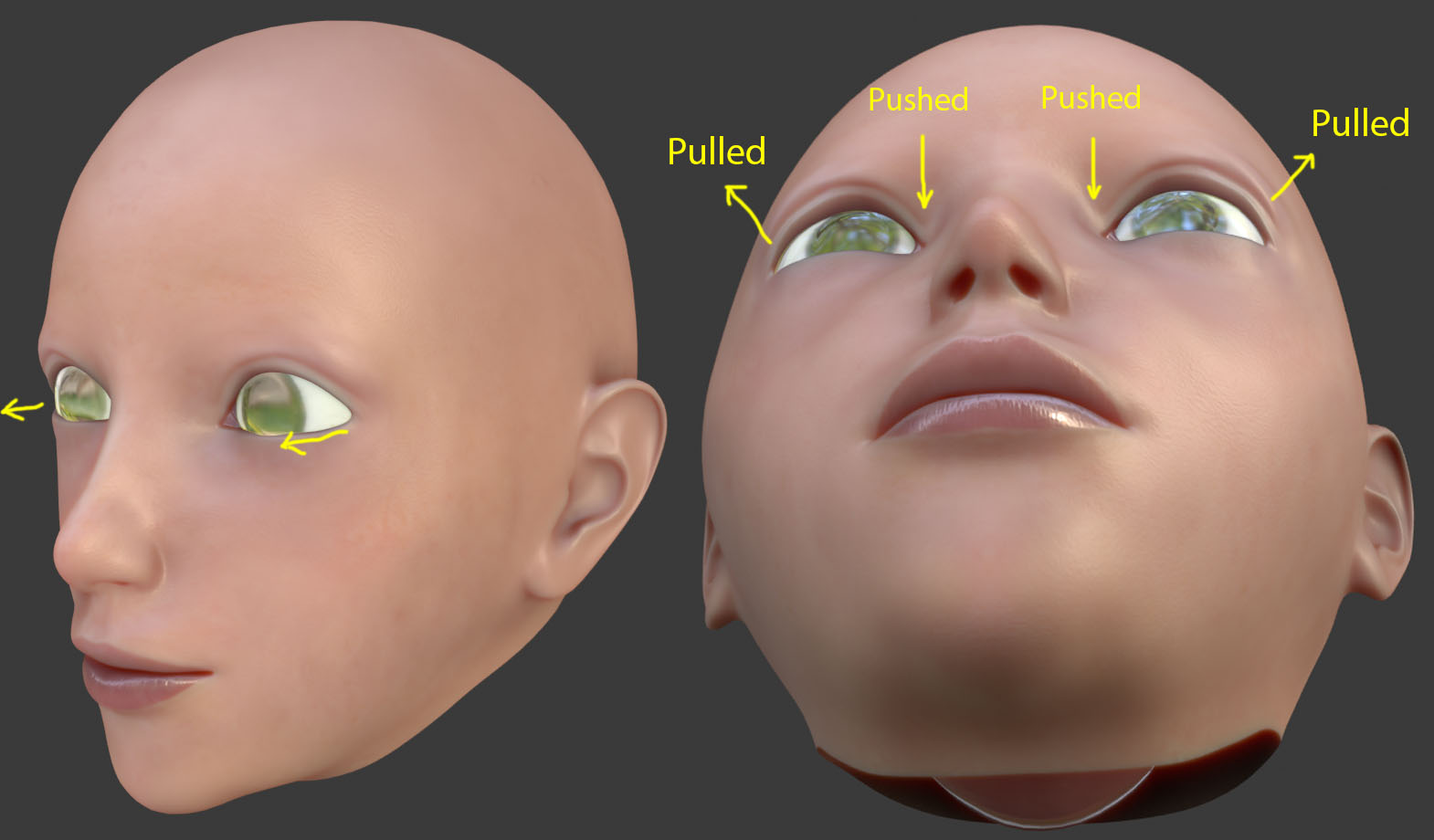 The reason I post this on Blender Artist because this problem happened second time. For the first time (Step 1), the eyes was bad and restarted from the beginning (Step 2) and I still have the same bad result. 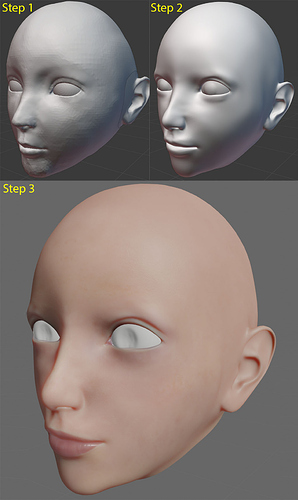 Real anime eyes have nothing to do with anatomy. I mean there is no need to model eyelids and eyeballs. Aren’t they just painted textures on top of an anime shaped head? 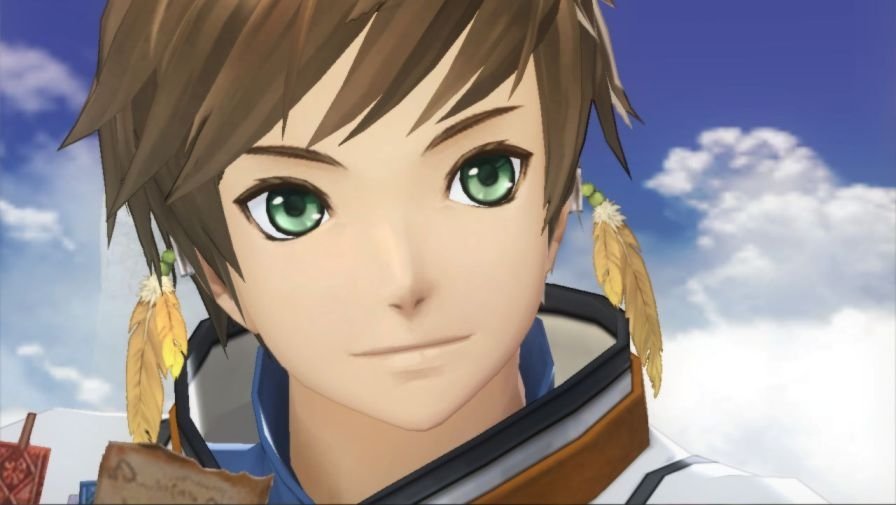 Unless you want big Disney eyes? 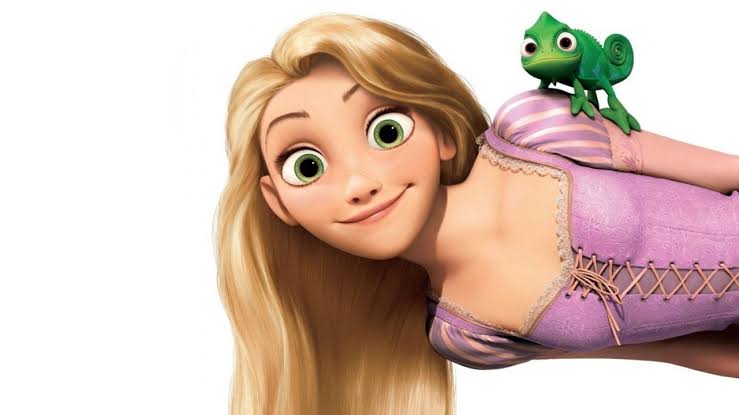 You are following too realistic proportions.
Modelling manga shares many principles with drawing it.
Take a look: 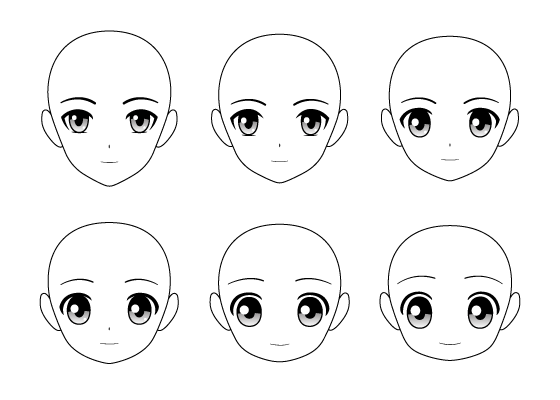 How to Draw Different Styles of Anime Heads & Faces - AnimeOutline

A tutorial on how to draw different styles and types of anime and manga heads and faces.

Also, there are many users here who have possible modelled close to what you are probably looking for.
User Chebylshev’s work is a good example.

Well I made this quick mock up of anime eyes (I think). It’s doable with more work and tweaking. 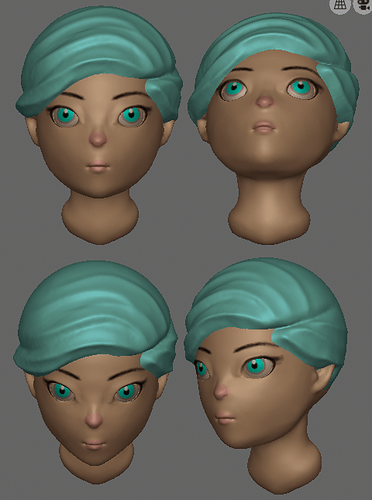 @yakuzakazuya, thanks, I want to make a realistic anime, I’m not saying that Disney anime characters are bad, they are good but there are 2 types of anime, and I want the second type of anime, the realistic one.

@sdsw4, thanks, the link you gave to me is important because it teachs me how to draw female anime and male anime.

Okay, good luck with your study 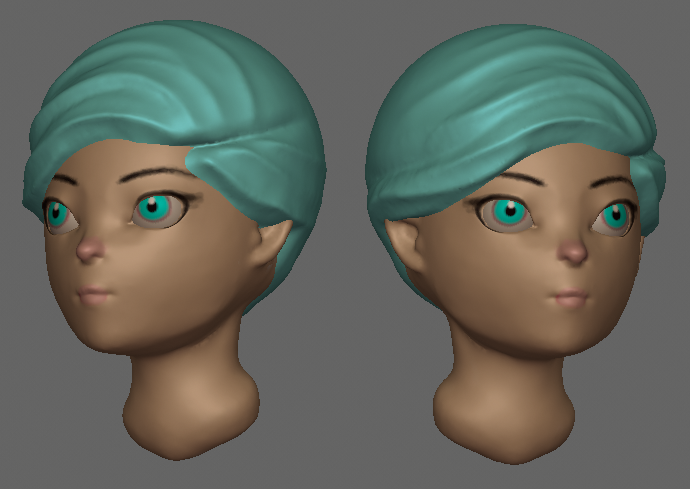 So…you want a stylized REALISTIC anime EYE…I get ya! But try this tutorial on making Disney Pixar style eyes…HERE

I mean there is no need to model eyelids and eyeballs. Aren’t they just painted textures on top of an anime shaped head?

Yeah I thought he meant anime eyes in the style of actual 2d drawn anime. I like Atlus Persona 5 style anime eyes myself

Xenoblade Chronicles is what I think when I hear anime eyes on 3d model. 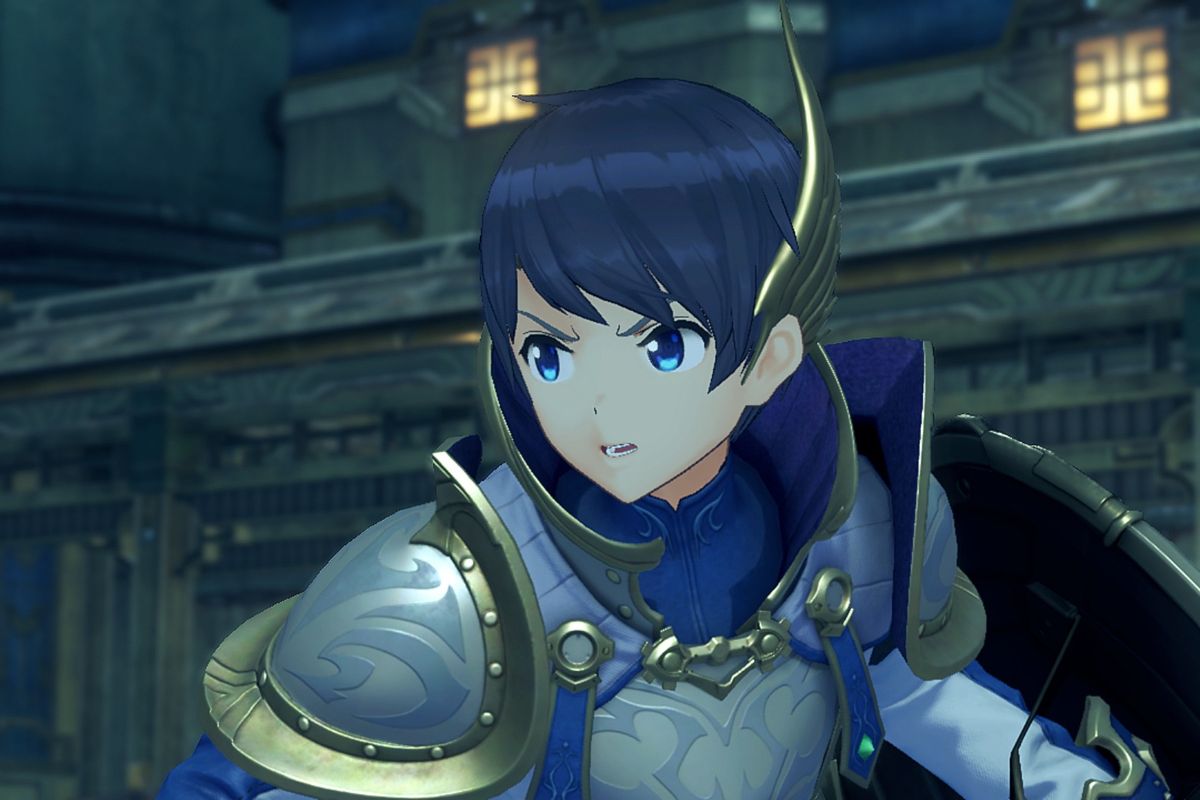 how about using a semi flat surface and moving the eyes by moving uv?
lately even games are doing it. like in fallout 4 eyes move by moving the uv around.

I said before that there are 2 types of anime, and I want the realistic one just like in the Reference Image below. I like it because it looks so cute with big eyes.

But suddenly, I got an idea: I just imagine that I’m sculpting a real human eyes but big version. But the problem is I tried to do that but I couldn’t do, I tried to look at Alita Battle Angel’s eyes, but I failed. 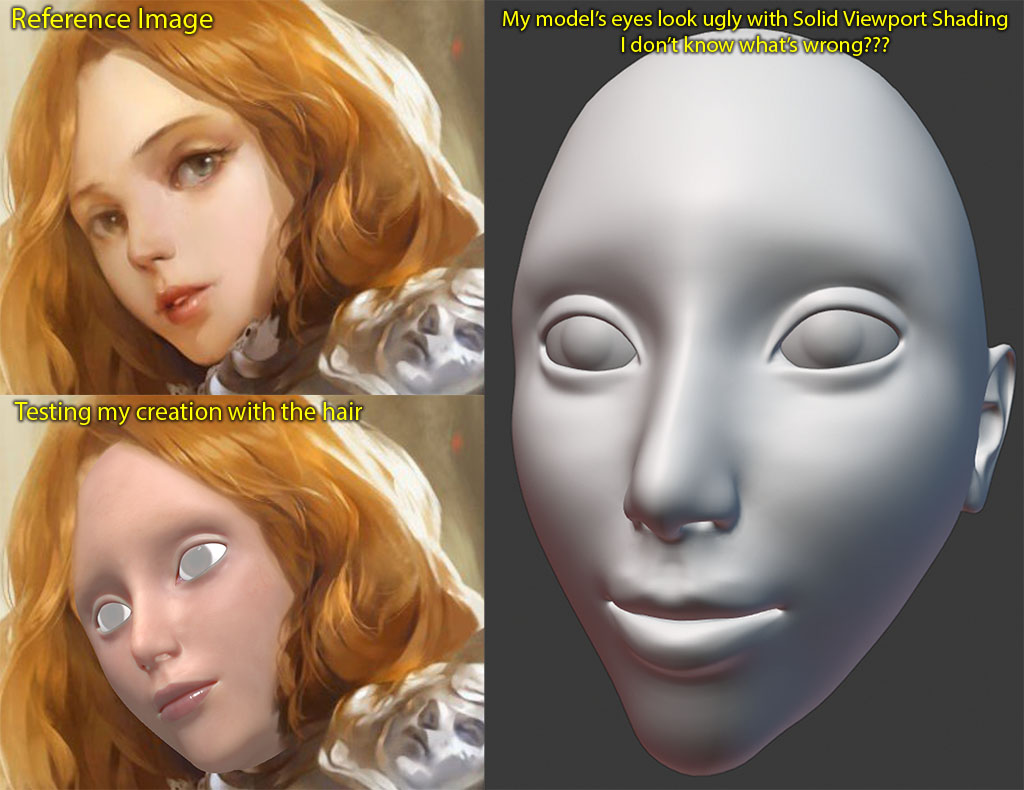 Well judging by your newest pics, the eyes still need a little work but is okay enough. It’s just that your head shape needs to be better as well. You need a better looking head and face shape.

Try with this example 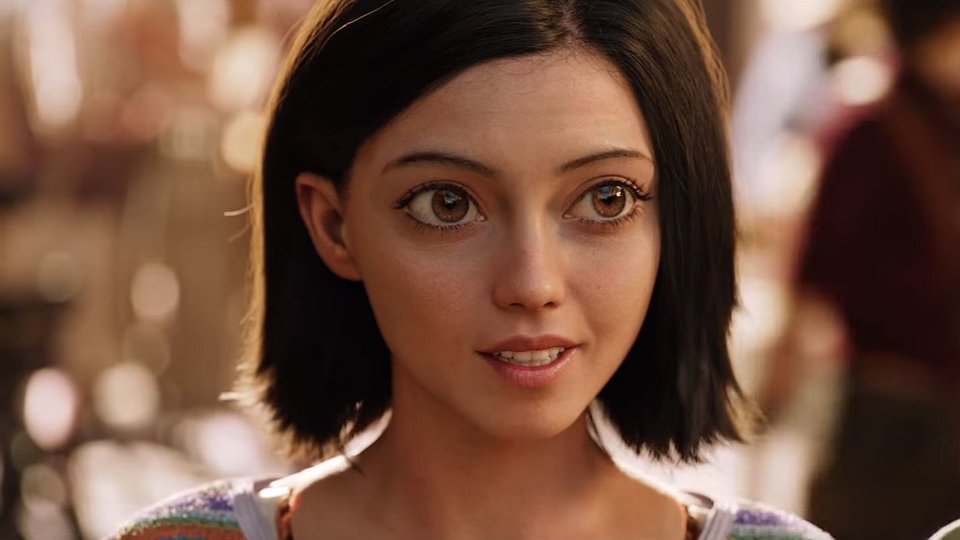