I’m trying to include dust particles in the seen using particle system but facing a problem when they not showing up in render properly because of their tiny size, well I’d like them to be tiny because otherwise they look unnatural. I tried to set emission value with some success, they are starting to appear in this case but again, look unnatural because now they also appear in the dark areas as well. So is there anything I can do to make them shine without using emission? I even made a separate node to control amount of noise in order to stop cleaning up these particles by noise reduction. Is there any way to make them shine using reflection? Using a glare node does not help much. 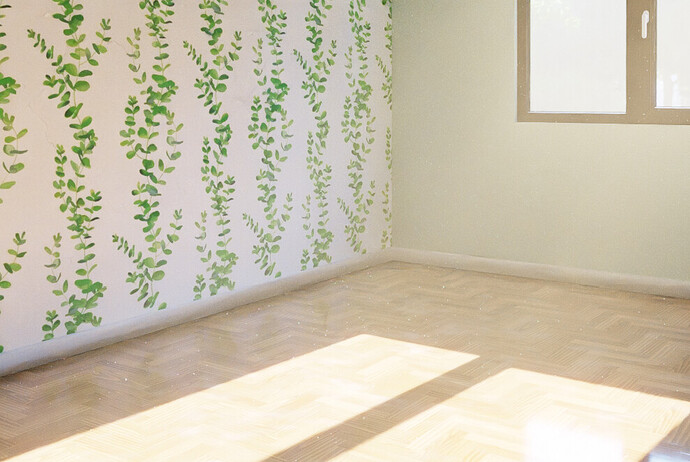 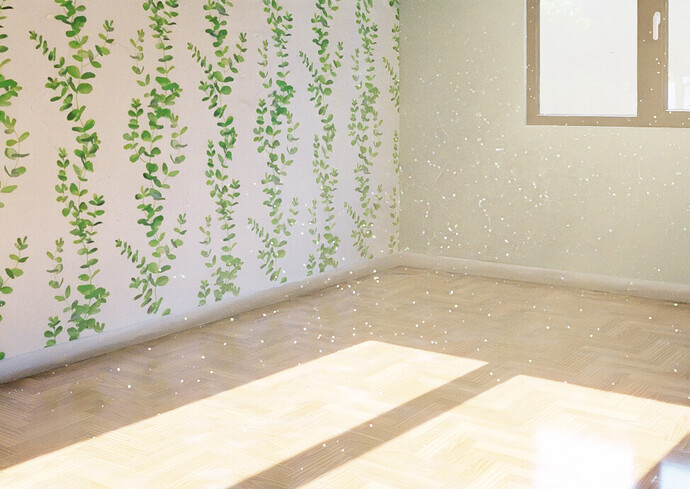 This is an effect you should do in compositing not in the renderer because of the exact problem you describe - lack of control.
You could use Eevee with volumetric shadows to create a strong volumetric shaft of light from outside the window which you use in post as alpha mask for the dust particles.
Also render the particles in Eevee using nothing but a black background, then you can add some animated noise in post on top to create differences in brightness - then blend it over you room render with lighten as blending mode.
You can do a ton of things and it will render in mere seconds as soon as you separate these elements, all of your sample and noise reduction problems go out of the window - you now have maximum control over the brightness and whatever else.
Keep this principle in mind.
You want some fancy volumetric light shafts in your image but shudder when you think about the rendertime of volumes in cycles.
Eevee renders those noise-free in seconds…

very interesting but complex approach. good is that it gives you complete control of particles and their intensity in post, but again, requires to have already rendered image to blend it with seen, any slight change in seen and you have to go over again.

There is an increase in complexity upfront, but I it pays off in render-speed and flexibility,
having them separately also means you only have to re-render the dust pass if it isn’t to your liking, not both.

That is if this is meant to be an animation, for a still I would also recommend the simplest route: do it in post or even faster, in an image editor like Photoshop, Krita etc…
There is no reason to do everything in the renderer, you can faster iterate if you change the pixels directly, rather than waiting for the render to show you each change.

well, yeah, photoshop would be easier of course

also, what I have discovered is that it’s painfully difficult to play with particle parameters because in order to properly see a final result you need to render the seen with at least 1000 samples. Takes huge amount of time comparing.

in order to properly see a final result you need to render the seen with at least 1000 samples. Takes huge amount of time comparing.

Case in point. Don’t do that.
Always cheat with the stuff where it doesn’t make a visual difference, you’ll gain performance you can throw at other things. There is a high chance you can get an even better result.
There are tons of ways to split a render into layers and optimize them separately before bringing them all together, it takes work to set these up, but your options increase dramatically once you do.

Always cheat with the stuff where it doesn’t make a visual difference, you’ll gain performance you can throw at other things. There is a high chance you can get an even better result.

I think this comes with time.

yeah, I have to learn more, I didn’t even know you can separate objects being denoised!

I came to read this because I was thinking about those shots that are often used in titles and ads, dust particles floating against a black background with shallow depth of field so some very blurry. How is that done?

Best way is you use a black background, a camera dialed to a shallow depth of field and then you kick up some dust and film it against the black with strong lights from the side.

Seriously though, stuff like this you can buy or get for free, there is tons of “stockfootage” like this for graphic designers to play with.
Either sourced from reality or done in a myriad of tools, plugins etc.
Its also piss easy to do yourself…like a hello world for people using particle systems.
The shallow depth of field makes stuff like this look awesome and real - try it out.

I will play around with it. Thanks.