How to stabilize deforming chain? 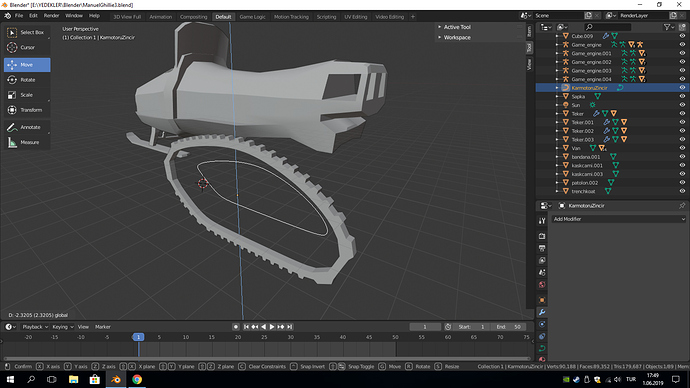 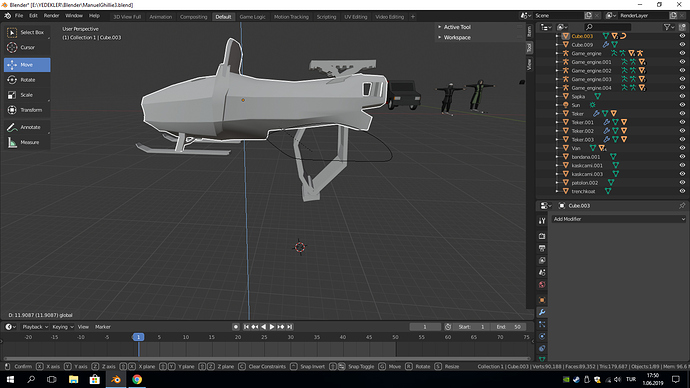 Don’t move the track object. (Except in the deformation axis of the curve.)

I’m not sure, but presumably you’re using a curve modifier. Here’s how to do it:

The curve origin is at the same location as the first point on the curve. The curve is parented to the snowmobile.

The origin of the track is at the same location as the beginning of the track mesh. (If you have trouble finding this, disable cyclic temporarily and look at the normal display.) It is parented to the curve. It has a curve modifier targeting the curve.

To rotate the track about the curve, move it in its local X axis (on default curve modifier settings, or else whichever axis you’ve set as the deformation axis in the curve modifier.)

If you don’t like using translation to rotate the track, you can use a transformation constraint to convert rotation from the control of your choice into translation.