How to work with gigantic objects?

If you do a sphere and make it to be 6,371 km radius. (earth) Then you add a cube on it’s surface that is 2m, you will see something like this: https://i.imgur.com/D8otFsO.png

So we cannot work with this, because it’s clear that it clearly is not working. How do we do these jobs in Blender?

Why would you ever need to do this? There is no time when you will see the full extent of the Earth and be able to resolve a 2 meter object on its surface, so it’s not really a problem worth trying to solve. You simply use different assets when you want to show a large portion of the Earth or a small part of its surface.

My dad sadly believes in flath earth and I wanna show him that sphere for real looks flat when you are close enough of it’s surface.

Ouch. Well the distance to the horizon at a height of 2 meters is only 5.1km. So you actually only need to make a small part of the surface with the same curvature as the Earth to demonstrate this.

My dad sadly believes in flath earth and I wanna show him that sphere for real looks flat when you are close enough of it’s surface.

I already made one flath earth model to prove that it’s impossible to make it work. The sun would just always be visible. The idea would be to show that we would need to add little curvature to the surface to make the sun disappear sometimes. Then it wouldn’t still work and we would need to add little more curvature, until it is actually sphere. And that curvature thing would debunk the idea of rivers that has to flow on flat surface to work in their hypothesis. 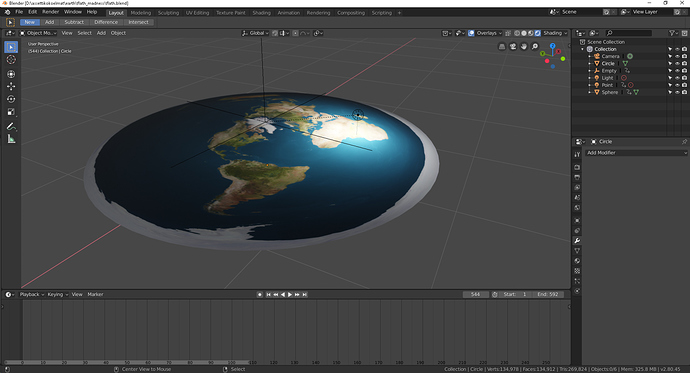 Edit, but I don’t know which modifier should I use to make that kind of surface to deform itself to be sphere.

I don’t need something as big as Earth, only something big enough. I have a few tips: 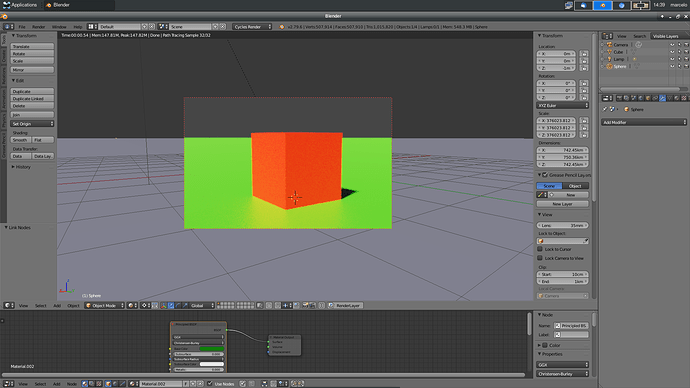 There are not enough bits in single precision floating point numbers to represent all the positions in space that you need so the math goes wonky. See:

Perhaps the biggest issue currently is that Nvidia in recent generations of their video cards have decided double-precision is a “pro” feature and consumer cards have no hardware acceleration for DP so things end up 24-32 times slower when you try to do DP calculations in CUDA compared to SP, so you would lose Cycles GPU compute on consumer Nvidia cards if Cycles switched to 64-bit double-precision floats. If AMD starts offering cheap DP performance then maybe Nvidia will have to change its way…

I wanna show him that sphere for real looks flat when you are close enough of it’s surface.

He might be having hard times to understand the scale of earth and the universe. Show him this video:

Your dad is the one who needs to prove that earth is flat, not you otherwise. (Also It’s likely that he might be trolling you

)
In case he insists, let him watch this footage from ISS and check video description:

I wonder if you can compile Blender with higher precision math libs.

Btw have you tried subdividing your sphere quite a bit? You are probably going to need a lot of polygons. My guess is that you should need at least one polygon per 25m to make that 2m cube look stable.

Another thing is not to worry about the viewport and just focus on rendering it. I am pretty sure Cycles math can give you much better precision.

He doesn’t speak English. Also, he is already proved it to himself with the arguments he is happy with(?) and now he is trying to convert me to believe flat earth also. (not going to happen). So I need to have better arguments than what he has.

So I need to have better arguments than what he has.

So I need to have better arguments than what he has.

Ask him to explain lunar eclipses. Or why every other planet we can observe is roughly spherical. People managed to work out fairly accurate dimensions for the size and shape of the Earth well over two thousand years ago using nothing but observation and mathematics. Trying to prove that the Earth is not flat using Blender may prove futile. Flat earthers will just see that as evidence that all views of the Earth from space are CGI (even the ones taken in the 1960s)

Has he never wondered why you can see things further away the higher up you are?

I honestly wouldn’t bother. There’s always going to be one more argument, one more explanation, followed by a variation of “it’s faked” if it can’t be explained away.

Flat earth people may be mocking the rest of the world .

I honestly wouldn’t bother. There’s always going to be one more argument, one more explanation, followed by a variation of “it’s faked” if it can’t be explained away.

Please try to stay on topic. This is about an interesting Blender question, yet most people are babbling about flat Earth. @ArMan never asked how he can convince his dad that the Earth is not flat.

this is hilarious… i literally made just this illustration just a few days ago, but i deleted it. Hold my beer, i’ll do it again.

The sphere starts with a radius of 2m. And im scaling it up to 12km, which is the diameter of the earth…
times x1000

here is an argument i havent heard yet. 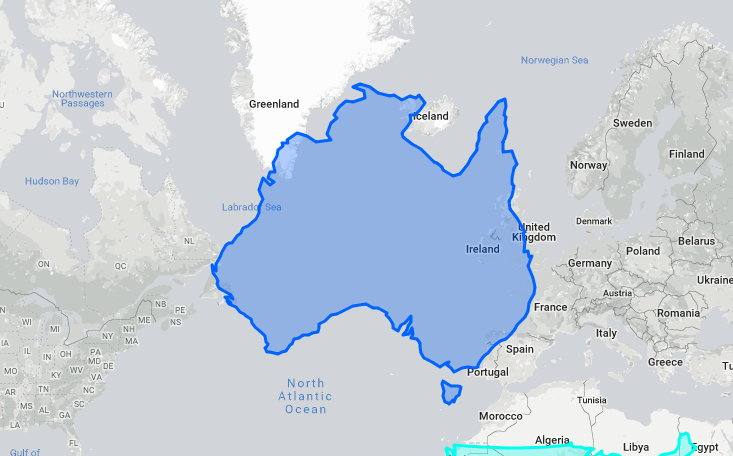 image.png733×456 83.2 KB
this is the scale of Australia, in “true scale”
https://thetruesize.com/#?borders=1~!MTcwOTUyOTg.NjU3NzUwMQNDQ2MDA4OA(NzAwODkxNg~!CONTIGUOUS_USMTAwMjQwNzU.MjUwMjM1MTc(MTc1)MA~!INNTI2NDA1MQ.Nzg2MzQyMQ)MQ~!CNMTAzMjE0MjQ.NzI0NzY0Ng(MjI1)Mg~!AU*MTY4ODQ2MTA.MTU0MjA5Nzg)Mw

which is roughly the length from france to north america.

however, on the flat earth map, its a difference 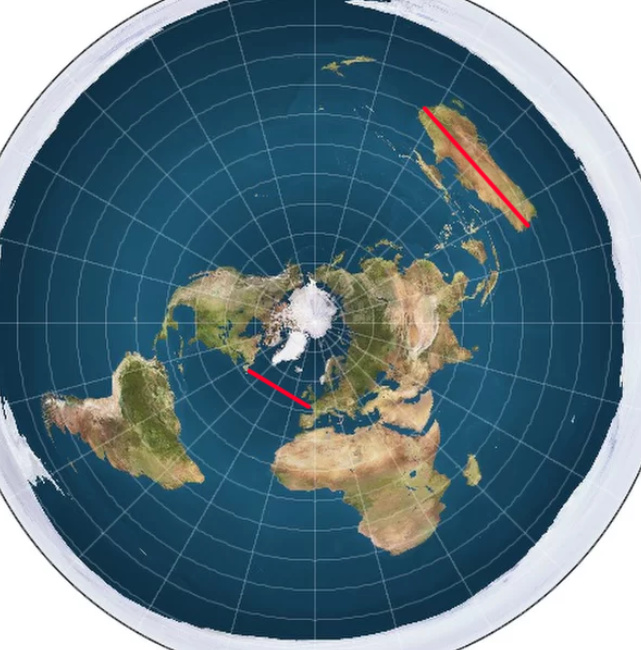 So according to this logic, it should take twice as long to fly from one side of Australia to the other, as it does to get from france to north america.

If he does some “airlines are inn on it, and fly slower” bs, then scale it down, and say north in canada, and south in australia, and measure how far you would get on the map if you drove for an hour. Because the flat earth map is so out of proportion that it cant make sense.