How would I create Periodic Atomic Crystal Structures in a specific shape?

Hello all, I’m relatively new to Blender, but here to stay. I appreciate the people reading this and taking the time to think about my problem. Apologies for not including more images and links to be helpful, I’m only allowed so many as a new user.

Level: Beginner. (Donut but still working on coffee, for those who know what that means)

Summary of Problem: I want to arrange primitives in repetitive periodic ways and would like to know the quickest way that will afford some flexibility. I’m trying to make something that will look roughly like this in 3d, but with the overall shape being a trunctuated cubeoctahedron:

Approach so far: I am familiar with the array tool, but I’m not sure if it will do what I need it to, or how I can make it do what I need it to. I’ve made headway with arrays, but there are some issues. Did a search on the forum, found one outdated solution called BLC (see Details). YouTube did not seem particularly helpful for solutions at my level and time-frame. (I’m willing to write scripts for Blender, but I don’t have the time to learn that right now).

Details: I’m a grad student trying to make an atomistic model of a nanoparticle with a shell and interior. The interior is like the image above, but much more periodic. Two types of atoms, alternating like a checkerboard, but with spheres instead of squares. The overall shape should conform to a trunctuated cubeoctahedron (which I’m calling TC for short), and there should be a shell that’s a different color. This is as far as I’ve gotten: I’ve been able to use arrays to generate repeating atoms of the same size in a cube, but am having trouble making it so no two atoms of that same color are touching, and making the overall shape of the array fit the TC. I’ve tried spacing the atoms in one array to make room for a second array, but I’m not sure if they will align properly, and the next layers have to trade colors between atoms anyway (no two atoms of the same color can touch). Another problem seems to be that I can’t seem to select specific atoms, or groups of atoms which I’m going to need to do to create a cutaway diagram.

The atoms are arranged in what is known as a Bravais lattice, (Blender uses the term “lattice” to mean something completely different.) There was an attempt to create an add-on which handled this problem, called the Bravais Lattice Creator (BLC) but it was not kept up-to-date and I can’t seem to make it work with the current version of Blender, which is what I’ve learned on and been using for the past month or so.

Goal: Honestly, if I can get this to do what I need it to, I’m making a video tutorial for everyone in my lab and for everyone else out there in the wild world trying to do this. It’s a helluva useful thing to be able to do in my field, which is why I’ve tried to make sure the title and keywords are all there for future people.

You can use wireframe modifier and particles: mesh_and_particles.blend (626.7 KB)

Thanks for the reply! That was helpful and I did try it, but the issue is it only gives surfaces and what I often try to emphasize in diagrams is packing. It’s important that there are spheres running through the whole structure. I could maybe see a way to get this to work if there’s a way to nest wireframes at correct intervals and get the particle effects to make every sphere the same size, while also making it so no atoms of the same color touch. In a lot of ways your approach is better if I can figure out how to do that.

The good news is that I was able to build something this dense with the correct pattern using arrays yesterday, but because of how arrays work, layering successive arrays to make specific structures requires some planning.

This is what I ended up with. Making something like this conform to a TC and doing a cutaway is the real challenge. Especially if I want a differently colored shell, but the shell is sort of the least of my concerns at the moment. ETA: I should clarify that the spheres don’t touch from a specific point of view (a crystallographic direction). From a different cutaway or cross-section you will see adjacency between like colored atoms. I just described it poorly, sorry.

Take a look to dupliverts 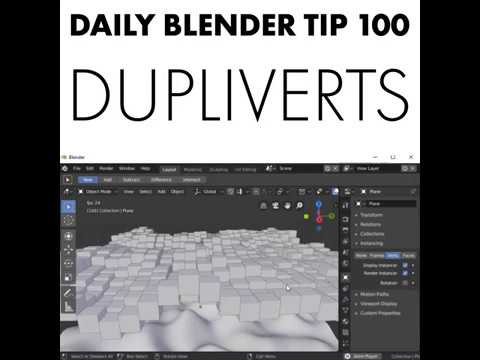 Maybe you can such a way, by cutting the desired shape out: boolean_cloud.blend (631.7 KB)