How would you create marble race wood track? What should I do? 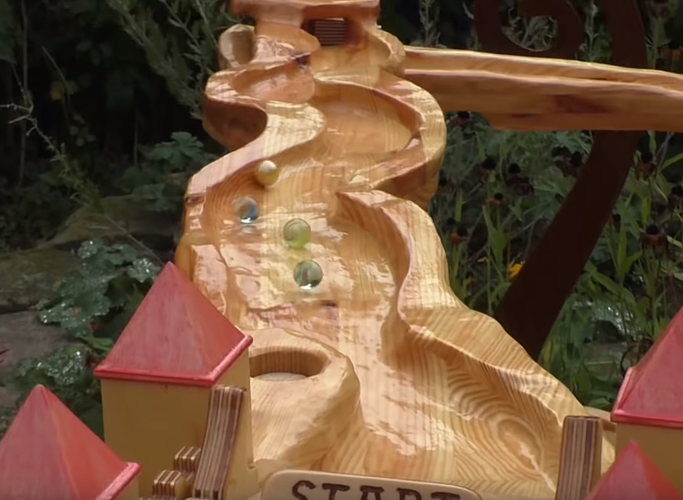 this is my current setup. It doesn’t look like the top one. 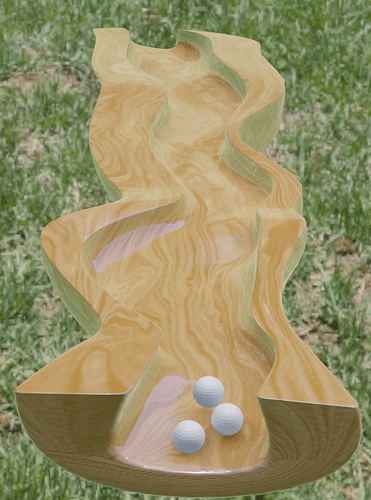 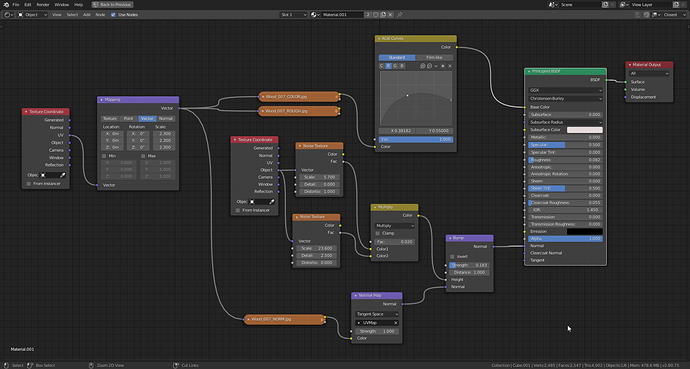 Part of it is going to be lighting. You need complicated off-screen geometry to get complexity in lighting. Or, use an HDRI world.

Another part of this is the extreme clearcoat on your reference. Note that this clearcoat is so thick that it doesn’t have the exact same surface as the underlying wood. This is best made with an additional mesh. I probably wouldn’t use a principled shader here-- I’d do a traditional refraction/glossy mix so that I could tune Fresnel with an RGB curves node.

Compare your texture to the reference. Part of the deal with the reference is that it is somewhat carved to match the grain of the wood (well, more likely to match the shape of the wood, which the grain follows) and is also glued is some places. I probably wouldn’t try to use a UV mapped texture here and would see what I could get with perturbing the object coordinates that I sent to a wave texture instead. Different sections could be slightly different materials to get slightly different perturbations on the texture.

The dominating bump of the wood is a noise/musgrave mix caused by the way that the wood was carved, but there are also individual tool marks on it that would be best done by hand. The clearcoat is similar, but with reduced contrast (varnish tends to level itself because of surface tension.) The bump is much stronger than it is in your render.

The wood itself, underneath the clearcoat, has multiple roughnesses. The grain of the wood provides different roughnesses-- the darker, denser parts are rougher. But the tool marks also impact this (again, use a hand-made, UV-mapped texture for this.)

Note that if you want to animate your marbles, any bump you make is best done as actual displacement, with a modifier, so that your marbles actually react properly to the surface.

Given the difference in shade and how the grains doesn’t meet up, my guess is that the top one is not made from a single piece of wood, but “planks” glued together. Usual thing to do if you can’t find pristine work pieces large enough.

The easiest way would be to create those “volumes” as a rounded modulo gradient, using that as an offset and darkening to the wood.

The hard way would be to try the Skorupa way of doing wood, several times to account for the plank offset and darker shade. Then bake it out as it is very powerful but very rendertime inefficient.

It is also coated, where the coating layer requires its own normals and roughness. If you plan on having roughness scratches on the coating, you can’t use Principled topcoat, as it’s currently broken wrt gradual roughness changes.

So I would probably end up with option1, the easy one. Which would look something like this: 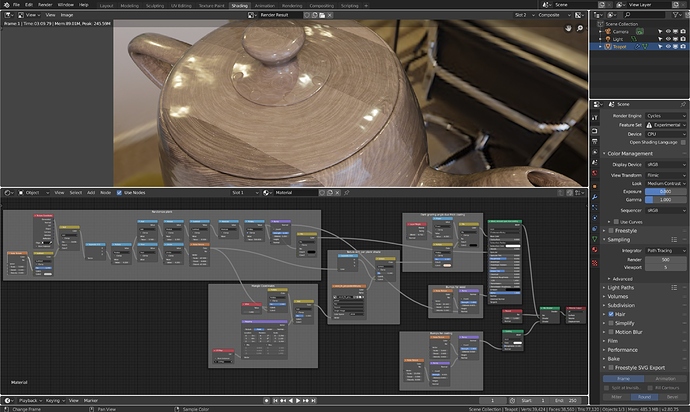 CutFromPlanks.jpg2560×1532 640 KB
Don’t mind the result, mind how the chain is setup, the logic of if, then experiment.
Edit: Inserted the wrong image.