It is the first time to submit my work in this site. Rendered using Ambient Occlusion, and finished on Photoshop. Comments and critics are welcome as always. I hope you like it:yes:. 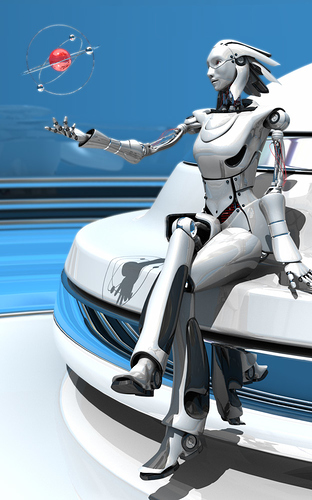 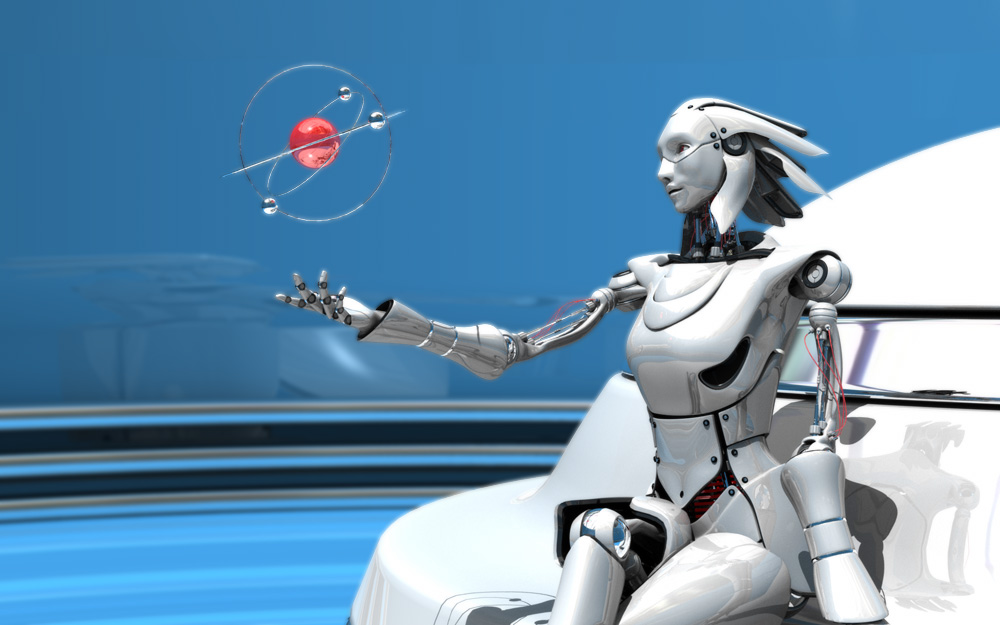 i like it a lot! the “bicep” part of the arm is pretty interesting too. what parts are done in photoshop?

very nice 5/5*
may you tell any details(rendertime, verts…)?

Wow, I do love the design you have there, especially the head! Did you make that yourself? If so, quite impressive and fresh. The modeling is excellent!
Her pose (I know it’s a robot, but she does look a lot like a “she”

SO, besides all that, I don’t really like the background or the colors - although both do evoke a futuristic feeling, which you were aiming at, probably. Still, I think this could be even better with another background and colorpalette. Also, although this is only personal taste, I’d love to see that in a “dirty” or “old and worn” version.

Supreme job. Reminds me of Asimov in some aspects.
I look the way the human and robot aspects are merged.
5 stars from me.
2d

Hey,
I think I saw this over at cgsociety didn’t comment over there, but it is very nice indeed, I love the style! Keep it up

Model-wise, I think the biggest weakness is the shader. It totally doesnt do the model justice. You need to change the fresnel slider a bit(turn it up), so that you only see the reflections at harsh angles. You see it a bit to much all over right now, which weakens the color a lot.
Some softer shadows would help a lot(the harsh ray traced ones look fake, and ruin many otherwise awesome pieces), and as has been said, a better background would help a lot. Even making this a model showcase on a sky blue floor could be better(I know good environments can be tough to create, but this one looks like you ran out of steam and threw something together, which is a real shame), simply to show off the wonderful detail of this model.
The floating ball thing is cute but also looks like it wasnt too well thought out.

Summary: Brilliant model. Near-perfect Shader, just needs a little adjustment. The overall composition is lacking. Many artists sometimes forget that the environment and perspective can be the most important thing(as it draws the whole image together), and should be given as much, if not more, attention than the model.

Youve got a great thing going here as far as concept. Work on your scenes more,
And you’ll have it made.

i like it a lot! the “bicep” part of the arm is pretty interesting too. what parts are done in photoshop?

Thanks for your comment! “bicep” parts is my favorite too:yes:. I expressed DoF and tuned contrast on Photoshop.

very nice 5/5*
may you tell any details(rendertime, verts…)?

Sorry for my bad English:(

Now that is a render !
It’s very uncommon that a 3D robotic image carries that much poetry, it’s just amazing -imo.
By the way, her (its ?) head looks a bit like the blender logo, don’t you think

Wahouuuu I love the idea.
Greate image, the best I have ever seen for a long time !

Woah, one of the best models of this type I’ve ever seen.
However, I don’t feel that the eye is drawn towards the robot, probably due to the background and lighting.
Also, I agree with everything freeality said, especially the fresnel slider (that alone would make it so much better).

You have a potential 5 star render here. It just needs a bit of tweaking/rethinking.
No rating for now, but if you update I may give you 5*:yes:.

Very nice image and great colours. I think you should sign an image like this one, you should be proud.

Beautiful image and good detailed modeling. I like it^^

Very cool! I think the background and the hovering sphere/atom thing are great just the way they are, too.

guru,
va…va…voom,anyway u can turn me into an robot too!!! damn good and just right pose for a model!!!gr8 work man