I need an addon developer for a freelance paid job

Paid work.
I would like to share my blend assets (objects, materials, particle systems) with the community in an add-on. Preferably using the ui_previews_dynamic_enum.py python template code. I have two folders, one named ‘Icons’ contains the thumbnails and the other named ‘Blends’ contains the blend project file.
I would like to achieve the following two functions using the addon:

Hit me up in the inbox with your quotation and timeline if you are interested and able to develop this addon.

Hi, I am interested in writing this addon for You. So far I have python code for loading entire .blend files to current scene and most of the ui - I use ui_previews_dynamic_enum.py as a template. Only thing I need to write is auto-loading assets when the corresponding thumbnail is selected, which won’t be so hard. Let me know if You are interested so we can discuss more details 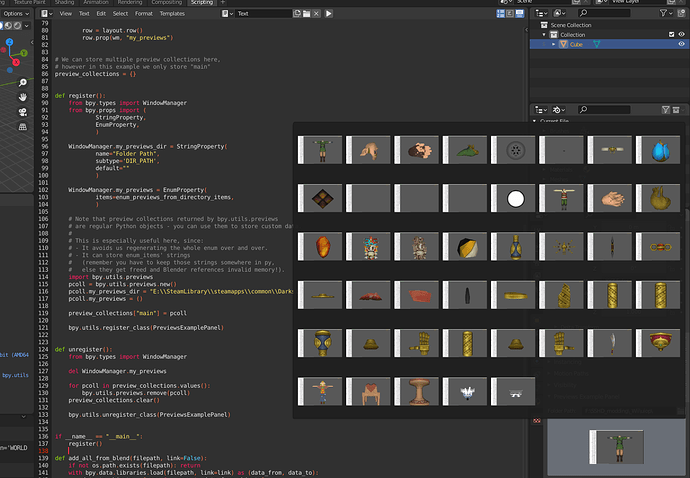 This topic was automatically closed after 30 days. New replies are no longer allowed.