I Need some serious help with Armatures

Okay, so here is my problem.

I have made this mech, that has multiple Objects, and I wanted to give the mech bones and animate the mech.
I first tried it with the conventional method, just making some bones with extruding and anything, but it didnt really turned out how I wanted to, so I had the not so genius idea to just make a lot of seperated bones with seperate Armatures and parent them.
The animation works and everything, but I have to import this mech with more animations later in Unity… and now I just have a lot of Armatures, and a lot of small animations, and it’s really inconvenient, and doesn’t work at all.

So this is what it looks like right now: 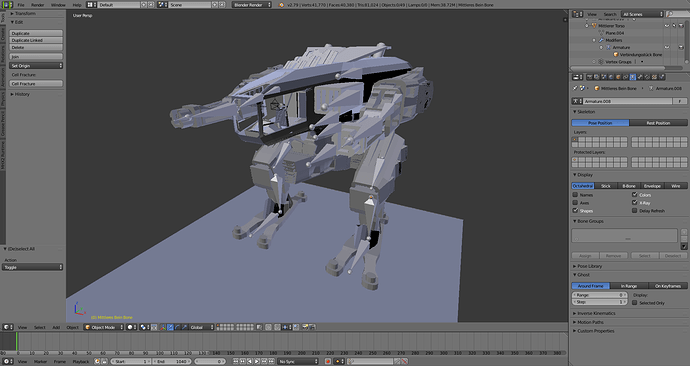 And I just tried to join all the bones, but then it looks like this: 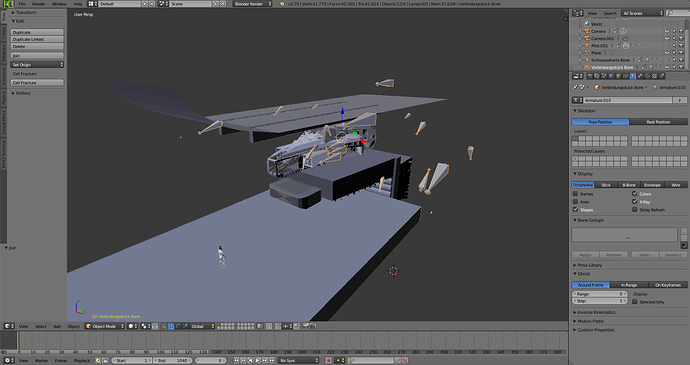 So how can I make this into just one, normal Armature? Can the bones be connected in any way?
I just hope that I don’t have to make the whole rigging again.

Thanks in advance for your answers!

Can’t tell anything from your images, but one bone per armature is not the way to go. I suspect you scaled and rotated the armatures in Object Mode, which is why they totally FUBAR when you join them. How did you parent the meshes to the bones, I have no idea. Did all these armatures have a common origin, again I have no idea.

Post the blend file to pasteall.org/blend then post the link here and we can look at it for you.

Welcome to BA by the way, please remember that generally it is a good idea to post blend files with your issue in them, it does not need to be a large file, just enough for us to work with.

Thanks for the reply, I just deleted all of the bones and made one completely new Armature, and it works perfectly fine now.
I only had two animations or so, so no big deal.

And thank you for the tip with the blend file, I will definitely remember that for the future!

Yes, what clockmender said pretty much. As far as parenting goes, mechs +should+ be a lot easer to rig than bendy, organic characters, since you only have to deal with simple parenting or basic weights. But like he said, post your .blend