Finally finished!! Apparently, not many people liked the series, but I stuck with it.

At first, I planned to use UE or Unity to remake the game, but I didn’t expect the computer to be a potato, and it couldn’t run UE and Unity, so I gave up the idea. After a long time, I discovered the software “Blender”, and after learning it, I had an idea. Since I can’t remake the game, at least I can remake the scene.

So I made this series of remakes, which finally fulfilled my wish! This series of videos have a total of 4 parts, using Blender 2.93 with Grease Pencil From Mesh(Add-on), and EEVEE Render, I hope you like it. 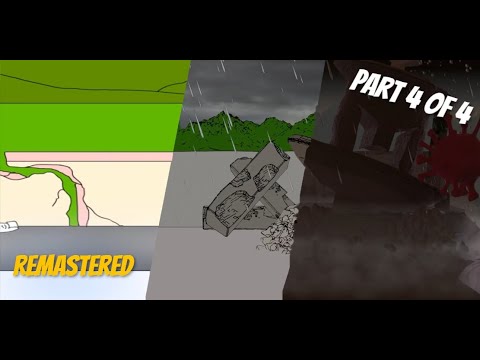 I remastered the environment in the first Flash game I make in the College (Part 4 of 4) - Blender 2.93 (with Grease Pencil From Mesh Add-on)Grease Pencil Fr...