Hello all, I am having problems with rendering times. I’ve been told that GPUs can render an exact scene up to several times as fast, at least according to Andrew Price. 4 Easy Ways to Speed Up Cycles

Discover how to quickly speed up rendering in Cycles using these easy, tried and true methods.

While following Andrew’s Tutorial his rendering time at 1400 by 1024 at 10 samples was about 2.5-5 seconds, mines was roughly 30-50 seconds. According to the guide, he claims cycles render is much faster using a GPU oppose to CPU. I decided I wanted to go for a shot, I went File-User Preferences Compute Divice but came across this… 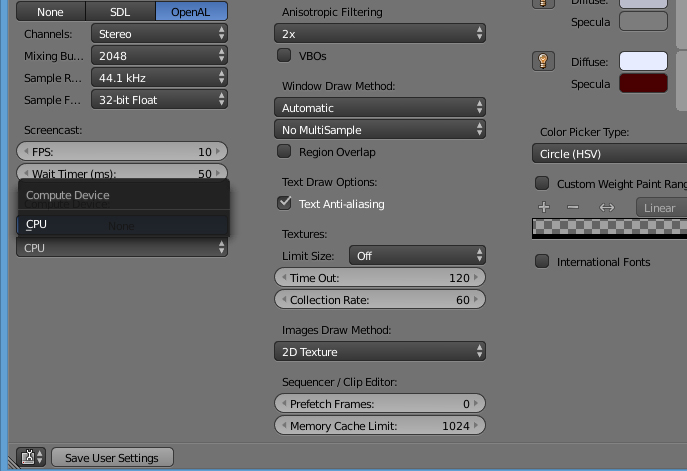 according to Andrew “Note: GPU rendering is currently only possibile on Nvidia Graphics card. Support for AMD cards has been put on hold due to driver and hardware limitations”.
So here’s my current computer, and how will I go about upgrading my computer, or enabling the GPU settings? For a touchsmart computer, would it be possible to place in a nividir graphics card?

The requirements for gpu rendering at indicated in the blender manual http://wiki.blender.org/index.php/Doc:2.6/Manual/Render/Cycles/GPU_Rendering

If you want gpu rendering you’ll need to buy a suitable graphics card that meet the specs in the link. Read the other threads in this Technical Support forum, there’s always someone asking what graphics card they should be buying. They vary in price and rendering speed so you need to make a compromise somewhere.

If you have a laptop then you are pretty much out of luck. For faster rendering you’ll need a desktop PC so you can add separate graphics cards

Your computer unfortunately isn’t up to par for rendering purposes. There are external GPU solutions
for your touchsmart computer, but they aren’t particularly cost effective. Your best bet would be to switch to Blender Internal
or drastically decrease resolution. Or buy a new rig altogether.

@Richard, ok thank you, will do. but my desktop is a little different. My computer which is about a year or so old looks like this in this video . As for a NVidia, I would say I am looking for something that renders perhaps at least 6-12 times as fast as it does now with the current cpu.

I did a seach on youtube “how to install Nvidia graphics card on HP Pavilion touchsmart” can’t find any videos on it at the moment.

@Swene, darn, I might end up having to wait till school to use their computers if I want to render this baroque scene by this month… Long term I will need to figure out how to increase rendering time for my own rig

If you have an all in one then they are pretty much the same as a laptop. They are generally not designed to replace such major components as graphics cards because the amount of additional heat it would produce in such a limited space. The graphics cards in such machines would most likely give very little render speed benefit anyway and some may even render slower than the cpu.

If you want 6-12 times speed improvement then you need to get a decent desktop machine and a decent graphics card. You won’t get that with what you currently have

Ok thanks for the info

but don’t expect any help from their support.

Take a look at http://raypump.com/ , you can render 500 samples HD for free and there addon work very good and fast.

Thanks a lot!
It took 48 seconds to render this this test while on my current pc would take about 7 minutes. Damn. To render a complex scene with over 6000 resolution at high samples even if it takes an hour to complete, will only cost about a pound, considering I easily spend about a few dollars per print, I’d say pretty good deal for the time being, since I do not have a decent GPU at the moment and my current computer might not be practical to upgrade (Its a touchsmart type computer) 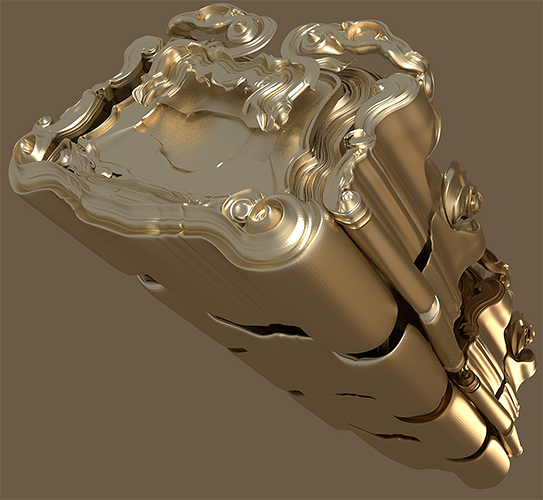 I have another important question, is it possible to pay with US dollars? the prices are all in pounds, at some point I will be rendering pretty large scenes.

Awesome, that will do, but for the time being I will check out sheep it to see what it’s like first. Appears to have waiting lines there lol.

mib, thanks so much for that link. This looks really useful.

you need an nvidia gpu. You do other things to speed up render times though. Light bounces set to max: 5, min: 0, can drastically cut your render times without a significant hit to your render. Use 16x16 tiles on cpu and enable “use spatial splits”