Impressing an object into a plane?

It is done using the retopo tool. First, set up the object that will act as the stamp, with a plane intersecting it. Then, above ( or in front of ) the plane and the stamp object, add a grid. The grid should be covering the object and most of the plane, but not so large that it extends past the edges of the plane. go into edit mode with the grid, and in edit buttons, hit the ‘retopo’ button, then the ‘retopo all’ button. After it has formed itself to the stamp and the plane, be sure to unclick the retopo button if you are going to do any further mesh editing. 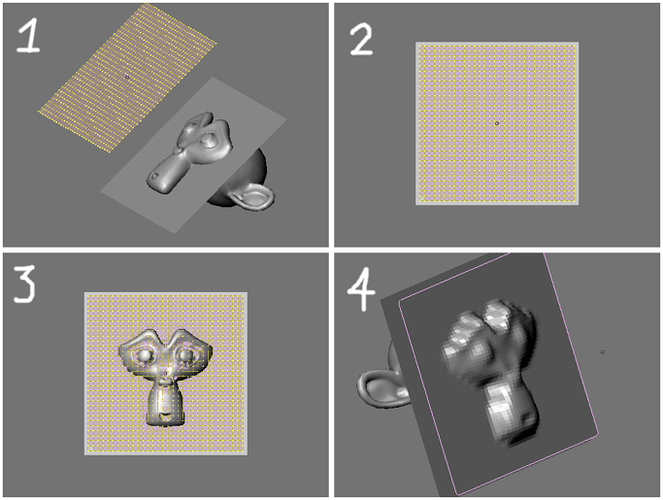 depending on the sahpe you could also use the skrinkwrap tool

so depend what you want to do and precision required !