Over the past 18 months, I’ve learnt Blender from scratch and firstly want to thank the Blender community, in particular the many tutorial makers that have made this possible and also the Blender developers.

This is our game, Professor Chuckenhope, based on an old Victorian variety act, with a bit of a twist. 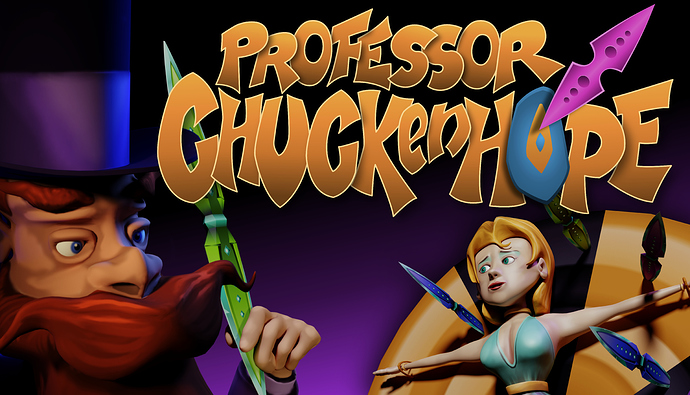 This is our main trailer, edited using the Blender video editing facility.

The initial dream was to make a playable ‘scene’ in Unity to play in VR. Thanks to the great tutorials, as I gradually learned more and better working methods, it’s gradually escalated into a full-blown game which we are releasing on Steam very soon.

As many others will have experienced, the steepest learning curve has been character development for the game engine, from learning the sculpting tools, to retopologising and texturing. All character models have primarily been textured using Blender and all static objects have been textured using Affinity Photo and Designer.

We’re only an indie duo, so, alongside the day jobs, it’s been tough, but working with a fantastic developer has made it possible. As a result of the scale of the game, I’ve now got too many models to count in my files, but no proper renders yet, as all models have been instantly transferred into Unity.

I’ll eventually get around to sorting out some ‘posed’ renders when we’ve released.