Intel Alder Lake on sale today; Has the king returned?

In single threaded tasks, I would say the king has in fact returned to take the gaming and light computing crown back from AMD, but it comes at a major cost.

That cost is power consumption, Alder Lake is slightly more efficient than Rocket Lake, but it still guzzles power compared to even the Ryzen9 5950X. It also adds insult to injury if you are a creator, because even though this is Intel’s fastest rendering chip yet, it still consumes nearly 50 percent more power than the Ryzen9 while still falling a little short. As a result, you do not have much chance of getting the full power of the chip unless you invest in water cooling, and to overclock the thing will require some heavy duty cooling and perhaps even a 1 kilowatt+ power supply (400+ watts on overclock and that without the GPU and other parts).

Is there an end to the runaway increase in power consumption? If you pair the chip with Nvidia, it will just get worse with as the company unveiled a larger capacity connector that can go with the even beefier PSU’s also being unveiled. The one hope in getting these numbers down (for the moment) will be AMD’s future CPU’s paired with RDNA MCM cards, even more so if you eschew that for their future APU’s instead.

Silver linings for Intel though is that they are finally starting to get their next-generation fab processes under control, and with their new engineer CEO they should have some good improvements coming in the next few years. Either way though, Alder Lake can be seen as the formal announcement that the CPU wars are back.

I wouldn’t jump right now on getting it.

This platform requires a major change of hardware (processor, motherboard, RAM, and DDR5 modules aren’t cheap at all, better wait for a motherboard that supports DDR4). Also for the reviews i’ve seen, probably you’ll want to be in a air conditioned room in summer time, since this beast will be quite hot.

Probably it would be wise to wait until AMD present their new processor, since you’ll have to go through the same investment as going the Intel route in this case. (AM5 socket will require new motherboards).

Not great, not terrible.

I really hope this is the beginning of the price wars.
Also it would be fun to watch Intel eating into low/mid-end of the GPU market. 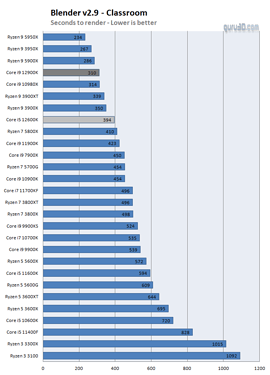 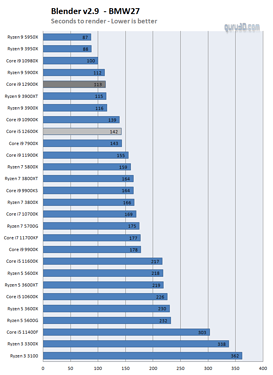 I think they’ve made a good come back, but the recent release of M1 Max has already made Intel and AMD look kinda stupid considering how little power it sips at similar performance levels. As a bit of an AMD fanboy (my first PC had a K6 200 and they are still the underdog, after all), I hope that AMD’s upcoming Ryzen chips put them back in the lead over Intel, but I really doubt anybody will take Apple’s perf/watt crown any time soon - especially since Apple control their entire software stack and have vastly more resources than even Intel.

I’ve been very happy with my Ryzen 3700X, and just got a Ryzen 5900H laptop, so I’m not in any position to upgrade soon, but the next few years of CPU releases are going to be interesting. I hope Intel and AMD are able to catch up to Apple.

AMD and Intel are small compared to Apple

Of course Apple is more diversified. But it should have much more clout getting finance.

I’ve seen the benchmarks in Blender for Alderlake between Windows 10 and Windows 11. Zero meaningful difference between the two… Seems both Win 10 and Win 11 can utilize the entire cpu just fine.

Well the way i predict this going, is that the companies have made major investments in architecture specifically intel, its a complete redesign of the chip, but for the foreseeable future what you will see with each new release is them just shrinking the process down for more energy efficiency, and marketing that efficiency. They will head down to at least 3nm, and by that time hopefully they will have the power draw under control although dont expect anything more than small incremental speed improvements.