Intel's Coffee Lake chips are out; Bringing the biggest leap since Sandy Bridge. 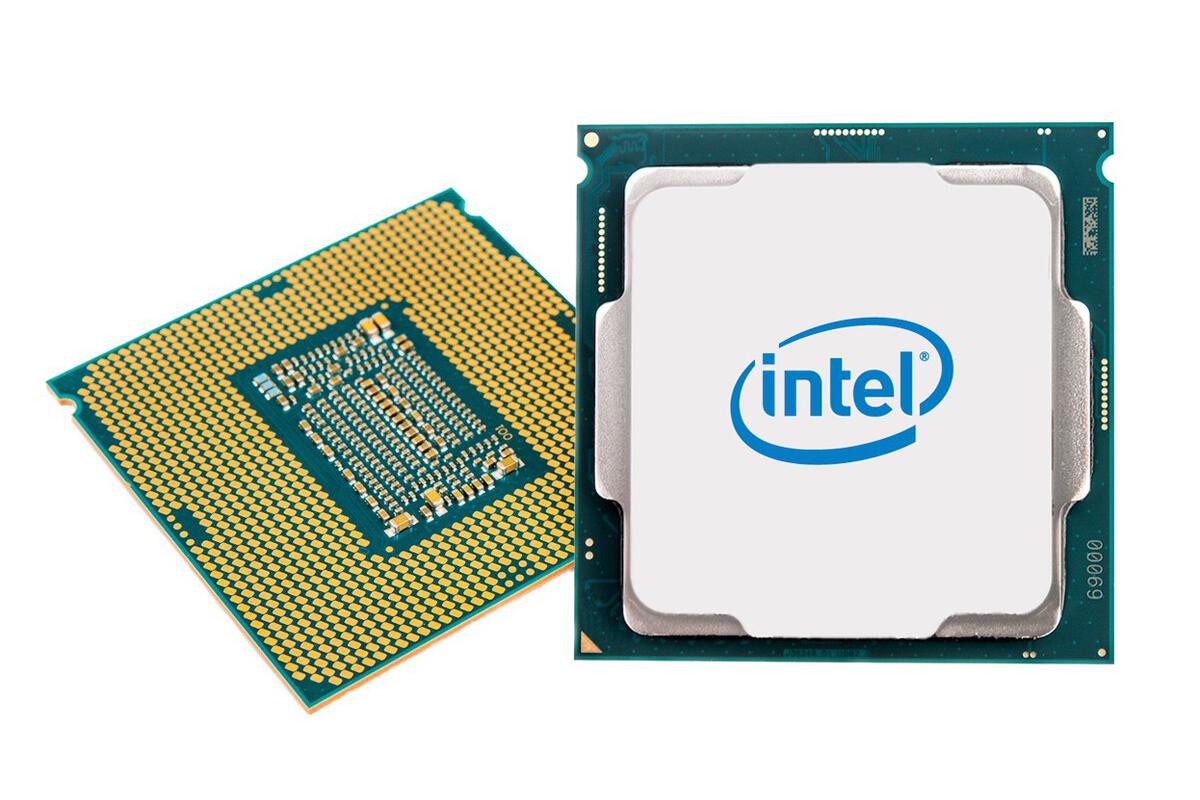 Intel has revealed the six new 8th-generation desktop Core chips that will begin shipping October 5, including the six-core Core i7-8700K, which the company calls its best gaming processor ever.

So essentially, Intel once again takes its place at the top (and AMD will again have no choice but to compete on price), because according to other sources and rumors…

So essentially, it pretty much makes it a no brainer for me to again go with Intel when it comes to a potential PC upgrade (there’s always waiting for Zen2, but I’ve had my current machine for several years now and might even decide to go AMD free). Still, props to AMD to at least making Intel come out with their biggest generational boost in nearly 10 years :).

Will the 8th gen be the best gen since Sandy Bridge or will it be like Kaby Lake?

And this week’s “Most The Sun Headline” goes to…

Intel was and is faster than AMD’s Ryzen. The difference was that Ryzen was faster per dollar spent. If you are going to render with the CPU then you’ll still need a thread ripper or other 16+ cores available. But as for speed in workflow then you’d better off to buy the fastest single thread performance. Right now it’s still intels 7700k. If Intel has faster speed for same price then it’s great. Spend more on GPU. Like a Vega or 1080 Ti.

Here is a Blender benchmark of the CPU’s today. Not that great if you consider price for the Intel CPU. If they want competition in Blender render scene then they need a better price cut from Intel. 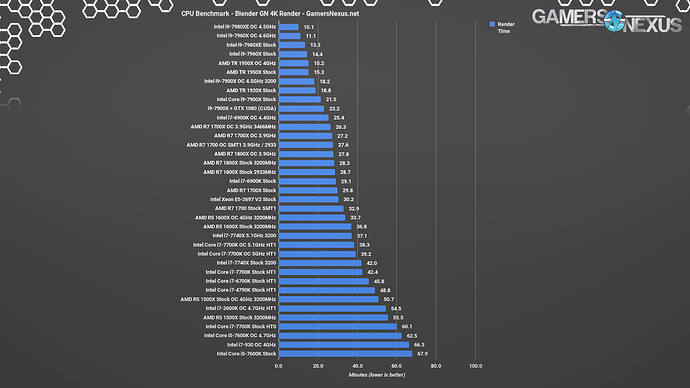 And this week’s “Most The Sun Headline” goes to…

Hes gotten better! – this one was classic – “PBR; is it really as much as the holy grail of shading as people say it is?” – https://blenderartists.org/forum/showthread.php?359109-PBR-is-it-really-as-much-as-the-holy-grail-of-shading-as-people-say-it-is

all the metrics including the price. I would accept it if it had double the performance. Intel must try harder.

So if I’m building a new computer to replace my laptop, would ryzen be better in terms of price? I’m fairly new to blender, and hear a lot of people talk about multithreaded aspects as well as the importance of single threaded speeds in Blender? If anyone could help me understand the specific I would greatly appreciate it.

Get a threadripper 16 core at $1k or a ryzen 8 core for about 400. Both are good deals. Motherboard are also cheaper on amd.

Get a threadripper 16 core at $1k or a ryzen 8 core for about 400. Both are good deals. Motherboard are also cheaper on amd.

I’ve heard reports about the so-called ‘Silicon Lottery’ if you get a cheaper model though. Sure you could ‘theoretically’ overclock the 1700 to 1800X speeds, but it doesn’t always work that way (compared to actually getting a 1800X which guarantees those speeds).

I’ve heard reports about the so-called ‘Silicon Lottery’ if you get a cheaper model though. Sure you could ‘theoretically’ overclock the 1700 to 1800X speeds, but it doesn’t always work that way (compared to actually getting a 1800X which guarantees those speeds).

Even the 1800X can guarantee you the OC. Every CPU is a silicon lottery. Only guarantee is that the boost clock is possible. Everything else is just luck.

I don’t care how many cores it’s got, a lake of coffee is not an efficient way to improve the thermal performance of a CPU.

Coffee Lake is out and the reviews are coming in 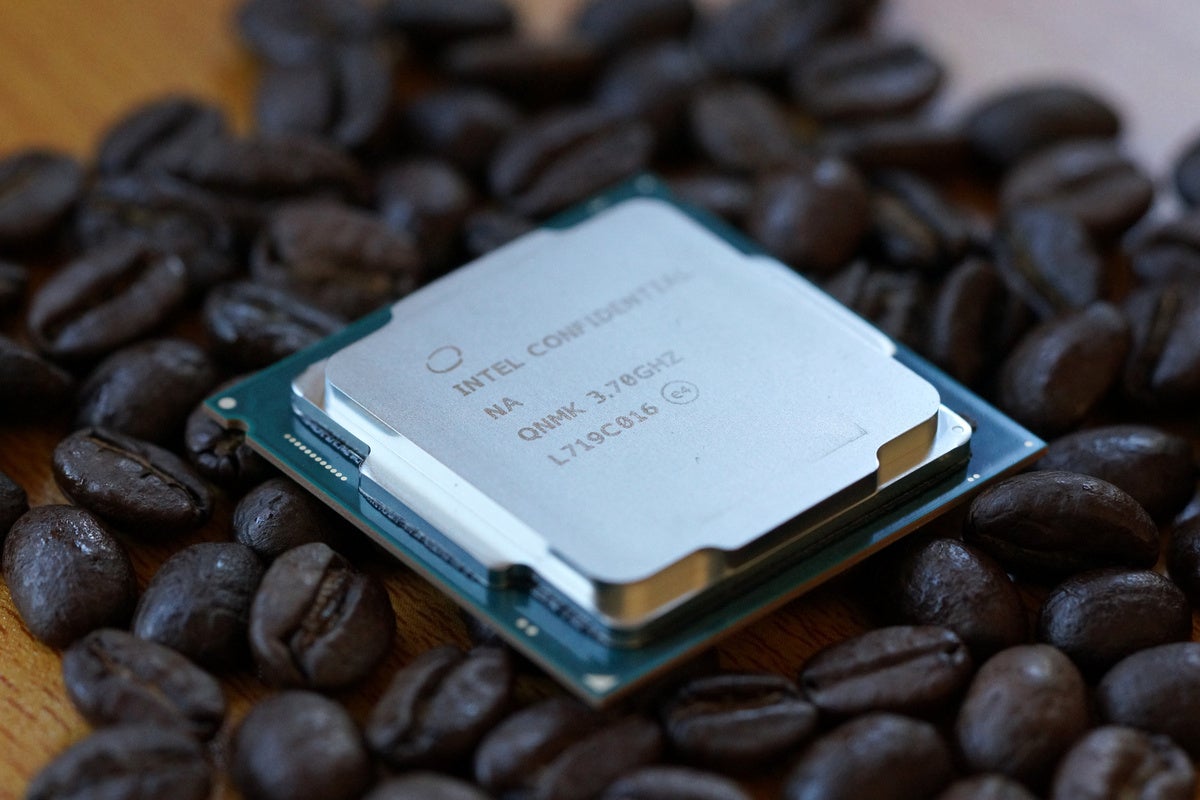 Core i7-8700K Review: Intel's response to Ryzen is faster and cheaper than ever

–Good news; Coffee Lake brings a significant bump in multi-threaded performance
–Bad news; Coffee Lake still can’t beat Ryzen in various multi-threaded tasks (though it comes close in Cycles at least).
–In the middle; You still have a noticeable advantage in single-core speeds, but with the IPC looking to be about 1 or 2 percent above Kaby Lake, it gives AMD the opportunity to catch up in this area with the 12nm Ryzen refresh.

Then there’s reports of Ryzen prices going down now, so choose wisely.

Top Price to Performance values are almost all AMD. 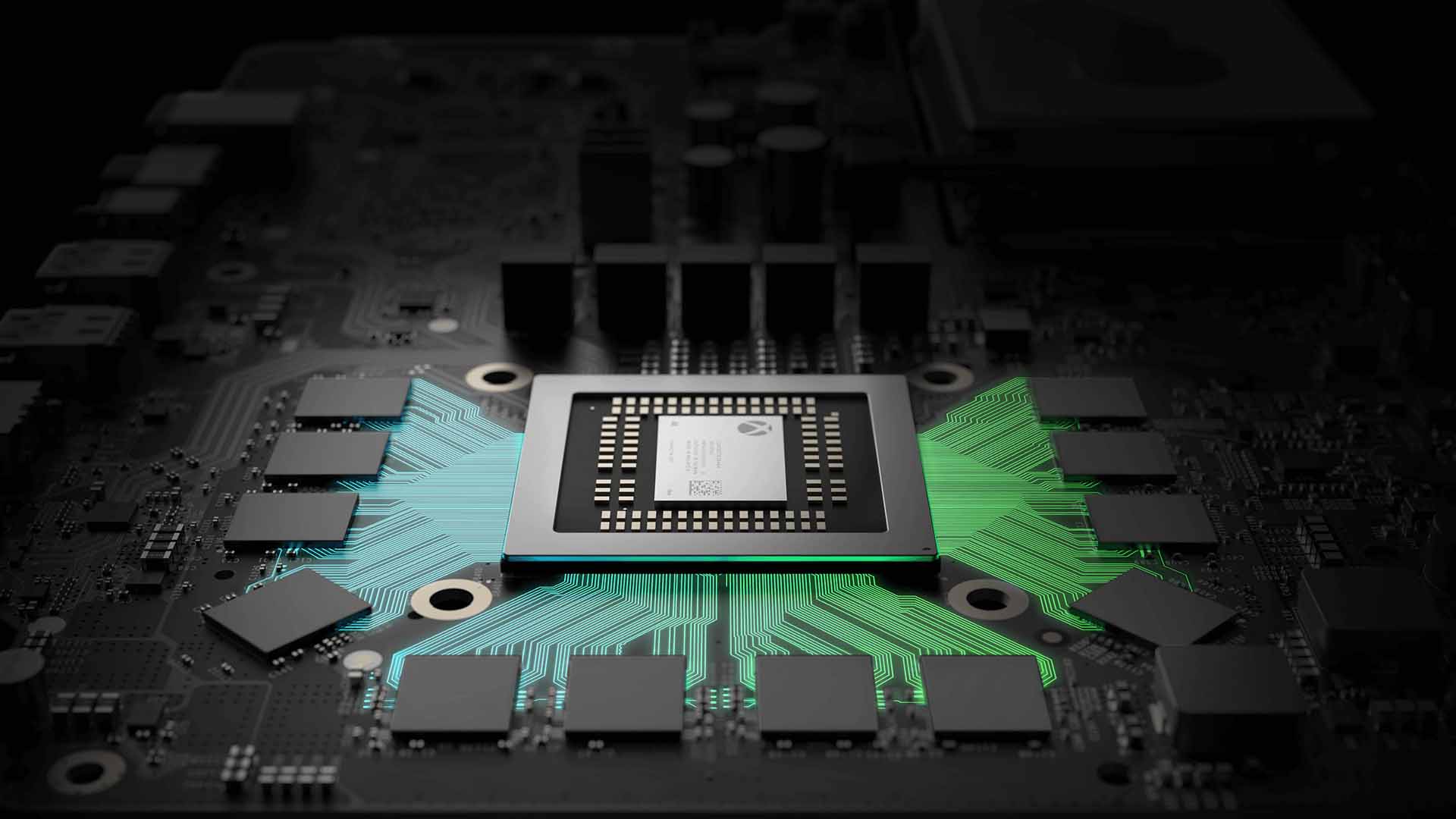 Was initially excited that we might finally have a chip that could easily do 5Ghz in a overclock setup, turns out that might not be the case if you want to do intensive tasks such as rendering.

Overclocking First, we established the Core i7-8700K’s limits by cooling the chip's IHS to a constant 20°C, side-stepping potential thermal bottlenecks imposed by Intel's unfortunate use of thermal paste between the die and heat spreader. We made it...

Basically, you can have the chip do 5 Ghz (and get a 10-15 percent performance jump) for short to moderate periods, but if you’re doing a long-duration render, there’s still a decent chance of throttling or even crashing (especially if you don’t de-lid the thing and void your warranty).

It might be good to see just how much of a boost AMD brings with their Ryzen refresh early next year (with the improved fab process and AMD’s focus on increasing performance per-core). If they can match Coffee Lake’s IPC and improve the clock speed, then we might just have a no brainer.

There is also a high probability that the reviewers got golden samples of the CPU. Every time a reviewer buys something from a store it’s not possible to get that high OC like the reviewers. Reviewers are aware of this that some buy the component when it hits the shelf.