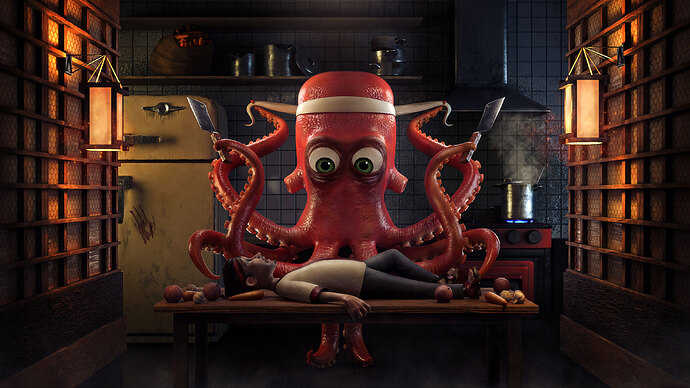 The idea of ​​this 3D illustration was to produce a complete scene, with as much detail as possible,
not only containing the creation of the main character, but also developing all the assets of the scenario, from absolute zero.

The idea was very simple, when the desire to model a more organic character emerged, it was interesting to think about what a reality would be like where the roles were reversed.

“Imagine an octopus preparing a Sushiman?”

We started by modeling the main character (octopus), then Sushiman and the table.
With that, the main point of the scene was defined and then we moved on to research. Then for the modeling of the complete scenario: walls, stove, pots, refrigerator, vegetables, etc.

Finally, the post-production process was carried out, the objective of which was to emphasize each item in the scene even more and to enhance the information of the 3D image, improving its perception and guiding the reading.

The proposal was to tell a story with a single image

All modeling / retopology, scene composition, lighting and rendering were done in Blender.
The textures were made in Substance Painter and final image in Photoshop. 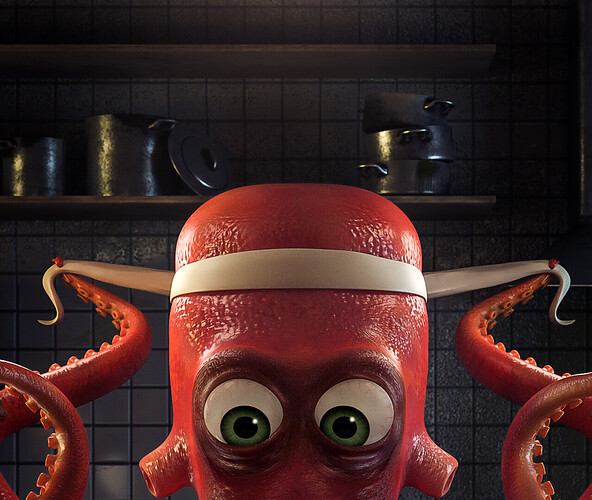 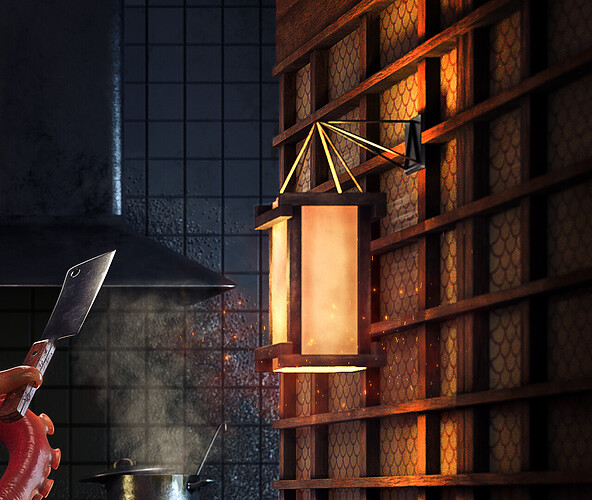 great scene! Characters and scene! That’s a lot. I only wish i could see that cute stove a bit better! Hand print on the fridge is perfect. I like that you have a separate picture for all the props, cause they are really good. 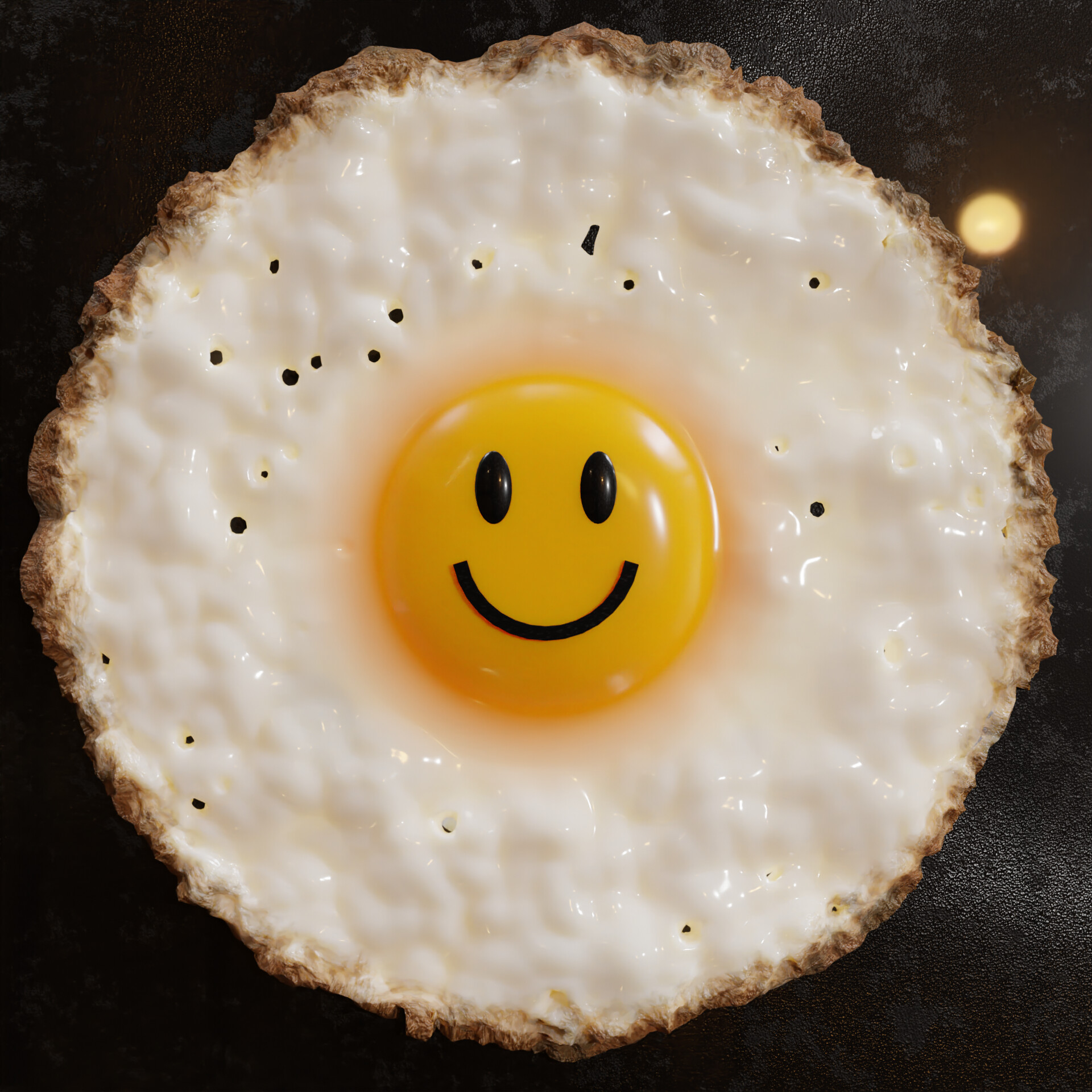 Uoww! This is cool. I thought the idea about role reversal was very good. Congratulations on the art direction. This contrast was good in the lighting of the scene and in the hot and cold colors. I loved it!

That’s a ton of work, and excellently done!