well today, i plugged in a friends ipod on my laptop. AVG warnings started to pop up everywhere, they were named the same names the main folders are called.
Ipod_control and all…
So i do the first thing anyone would do…click the heal button, for all the warnings.
Next thing i know i cant see any ipod_control or anything when i go to my ipod.
Yes i know about the hidden file excuse. I have changed my settings so that they’d show hidden files.
After 5 minutes of thinking, i realize that the files i healed were stored in the virus vault. So i open it up and there they were, so i heal them back into my friends ipod. So that they were back.
But i cant open it. The transfers changed the extension to .scr (screen saver).
So i go back to properties and try changing the ipod control file from:
ipod_control.scr to ipod_control

it gives me some warnings and then after a second, a final window pops up saying i cant name it like that cause a file or folder already exists already.
So i double check all my options.
And nothing!
The songs still show up on itunes too. So the songs are ok.
But please help.

Are you actually asking us to help you violate copyright laws? Go read BlenderArtist policy on piracy.

Are you actually asking us to help you violate copyright laws? Go read BlenderArtist policy on piracy.

i dont think it has anything to do with piracy, he was just snooping around hidden folders that weren’t meant to be accessed and f’ed up the ipod

why doesn’t your friend just plug it back into his pc, and re sync the library to its original???

that should be the simplest solution for the problem, unless you were trying to steal the songs from his ipod, which is in turn copyright infringement WHICH ISN’T tolerated on these forums

EDIT: O crap i just realised that the original poster was trak wreka, lol dude i doubt hes done anyhting such as copyright so its probably a legit problem

I don’t know vitaliy, sounds to me like trak’s trying to get tunes off his friend’s Ipod to play on his own laptop. Or are you saying in trying to swipe songs from his friend’s Ipod he f-d up his own Ipod, and now wants help to fix it? I’m confused. :spin:

wow…
im not into that stuff orinoco…
i just want the folders back cause without the folders features of the ipod will be lost.
such as notes, photos and such.

lock it if u think im messing around.

try Apple´s support pages / forum, if its too pain call your friend and say y hacked his ipod and its cool and now he has to unhack it or just say “sorry its messed up, y still got this music”
Propably it could be formatted with some apple´s software, maybe you can even put updated
"operation system to it " and blah blah blah remember blah 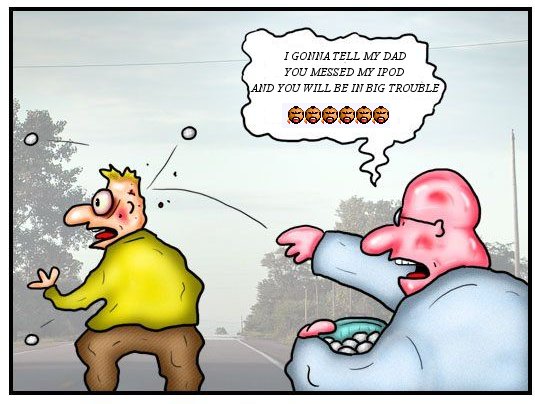