Is it possible to disable self casting shadows on a mesh but still reseive and cast shadows, eevee?

I want to do NPR animations, which require me to control the shadows on the mesh, however this is where I come into the problem at hand. I already found a way to control the “shadow” on the mesh, but this technique doesn’t allow other meshes to cast shadows onto it. So is it possible, hopefully through nodes, to disable self casting shadows but keep received shadows and cast shadows? If not then I’ll have to find some way to reduce the intensity of the shadows cast onto the mesh by the sun but keep received shadows intensity.

I’m using blender 2.92 and eevee render engine
This is how I see it, unless I’m wrong. Its weird I know, but this is kinda how I understand it based on what I’ve messed with.

Go to the material setting and turn shadow to none. 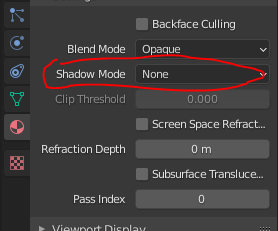 I have trouble reading here. Can you define “self shadow” and “cast shadow on other meshes”, then “receive shadow from other meshes”?

the “self shadow” is the Form Shadow, as in the shadow is due to the form turning away from the light

Cast shadow is when an object casts shadow onto other objects

In this case the cube has cast shadow and form shadow

The left monkey has a cast shadow from the cube

Both monkeys cast no shadow

I’ve posted a picture of what I’m trying to say.

Maybe this one? But they did it for grass. 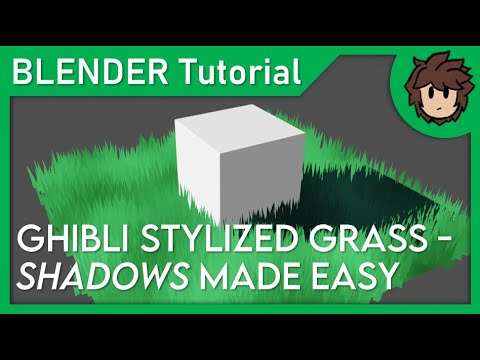 Is it possible to “disable” form shadow but still retain the others., I’m starting to this it’s not possible. Or at least lessen it or change its direction without change the suns direction, do to having other meshes not just one.

You could try adding adding a hull, where the outer hull material has the shadow mode set to none.
Duplicating and scaling or using the displace modifier would come to mind.
I’m not certain that this would work, you should probably also try disabling backfaces for the hull.